Robertson and Baptiste storm to sprint success in Manchester 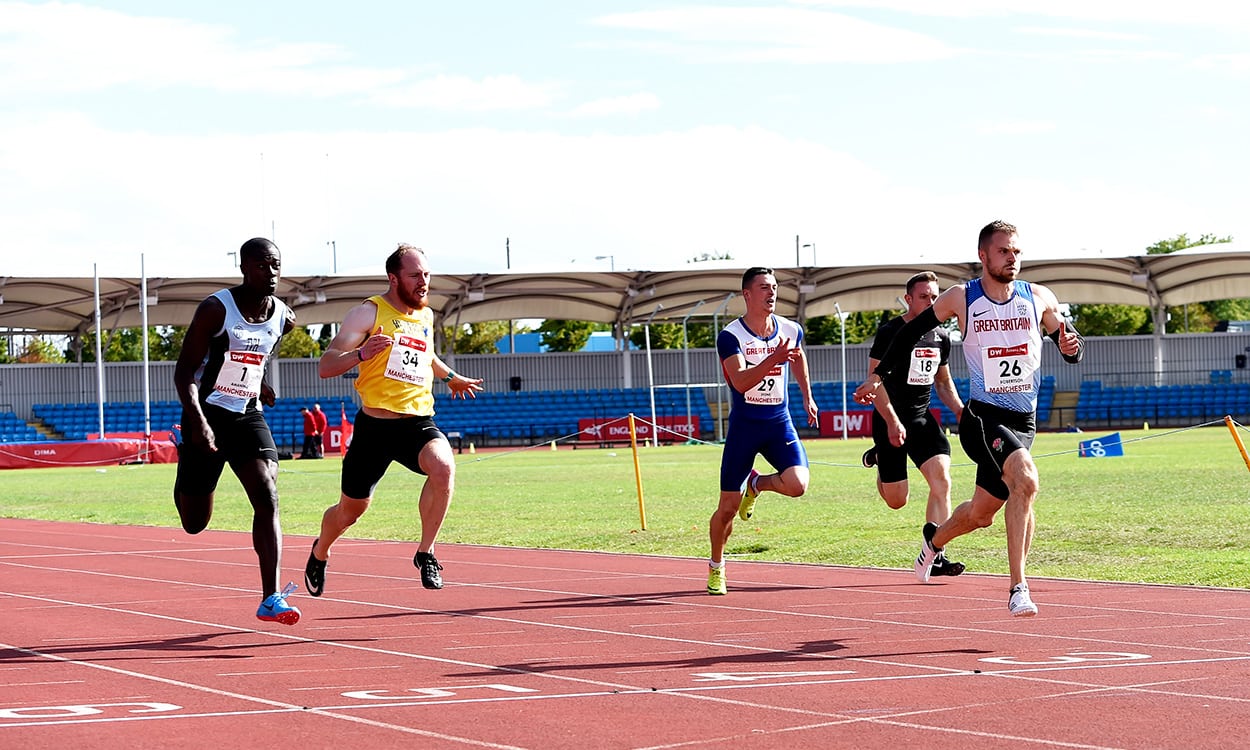 Sprinters undoubtedly benefited from the blustery conditions on the first day of the England Athletics Senior, AAA and UK CAU Championships in Manchester, as Kimbely Baptiste (11.35) and Andrew Robertson (10.06) proved by taking 100m titles – assisted by a generous breeze that on occasion gusted to more than +6m/s in the qualifying rounds, Paul Larkins reports.

In fact for Baptiste in the final it was a positively gale-like +7m/s, while Robertson enjoyed a slightly more subdued +5.7m/s!

In the ambulant women’s 100m heats World Para Athletics Championships gold medallist Sophie Kamlish rocketed to what would have been a world record 12.86 had it not been for the breeze, albeit a calmer +2.2m/s. 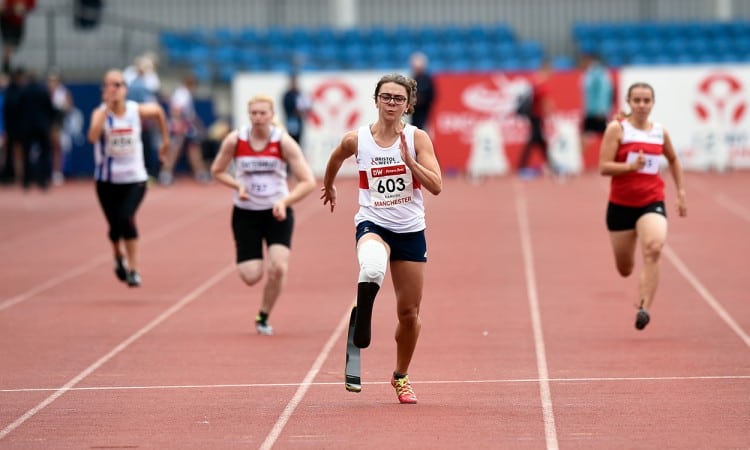 She then lowered that mark to 12.83 in the final, although this time aided by a stiffer 5.1m/s.

However, in the field solid performances from athletes such as Sophie McKinna in the women’s shot (17.71m) and Lucy Hadaway with a PB of 6.39m in the long jump proved that it was possible to take on and defeat the tricky conditions. 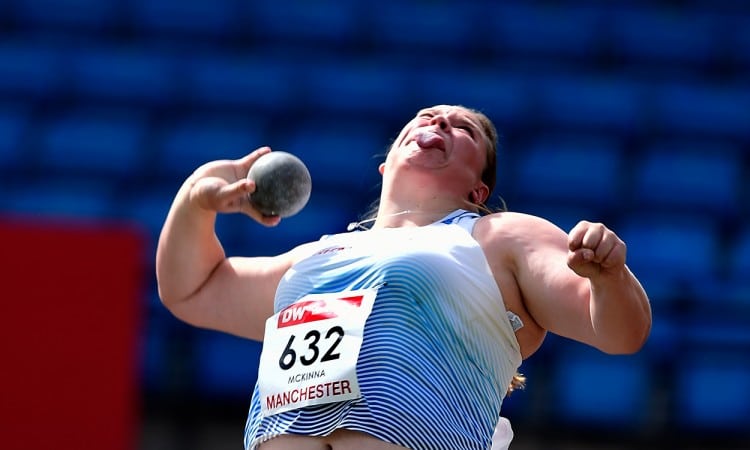 Former Paralympic champion Dan Greaves also impressed in the discus as he improved the F44 European record to 63.01m.

The distance races, you’ll not be surprised to learn, were all about the final lap so while gold medals were won, there wasn’t too much to write home about with the final time, with perhaps Jess Judd providing the highlight winning the 1500m in 4:18.01.

» Further coverage to follow at the end of the championships, while the August 2 edition of AW magazine will include more in-depth reports from Manchester