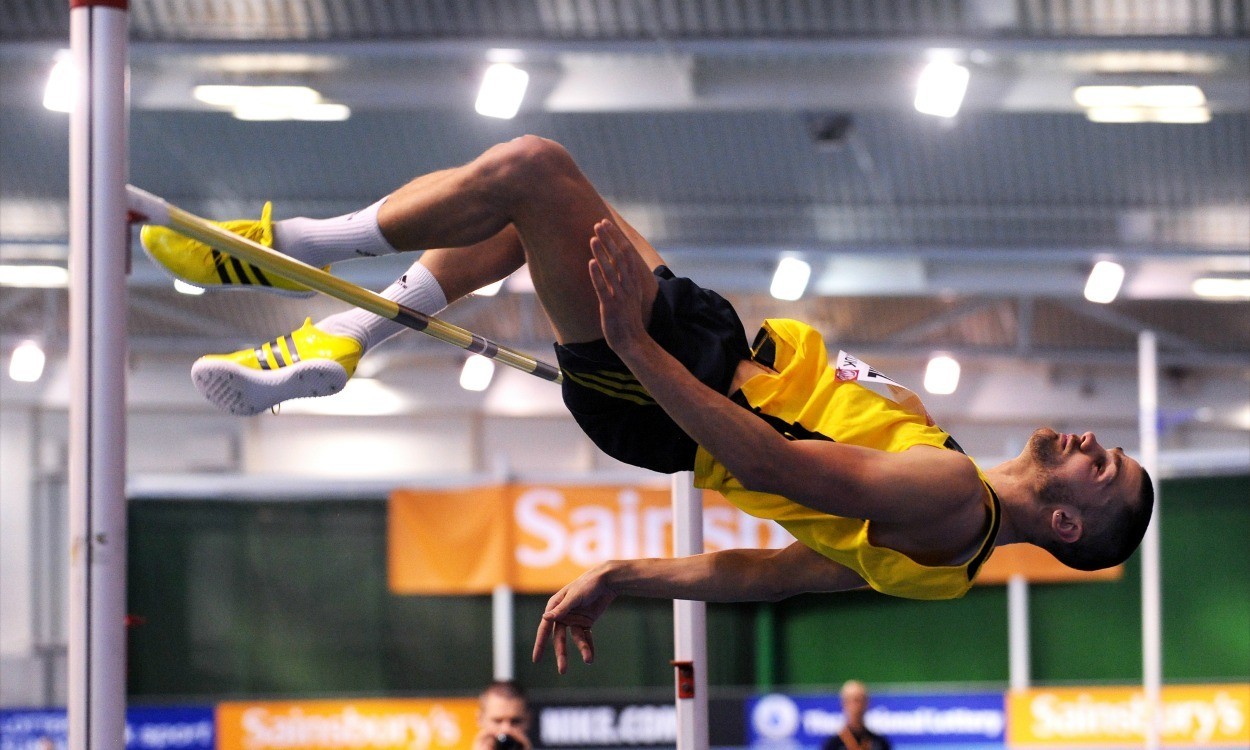 A look at some of the top performances from the past week including a 2.29m high jump clearance by Robbie Grabarz in Birmingham and a 7.63 60m hurdles win by Andrew Pozzi in London

Aweke Ayalew and Alice Aprot won the Antrim International Cross Country, an  IAAF Cross Country Permit meeting which incorporated the third fixture in the British Athletics Cross Challenge series, on Saturday (January 16). Here’s a look at some of the other top performances from this past weekend.

Olympic medallist Robbie Grabarz achieved his best clearance since 2013 as he jumped 2.29m to also secure an Olympic qualifying standard. He finished second to his Italian training partner Marco Fassinotti who cleared a world-leading 2.33m.

See the next edition of AW magazine for further details and David Griffiths photographs.

Abby Ward won the under-20 high jump in a championship record and PB of 1.86m.

A fuller report and Andy Chubb photograph will appear in this week’s AW magazine.

Andrew Pozzi clocked 7.63 to win the 60m hurdles as he continues his comeback after injury. It was his first indoor competition since he finished fourth at the World Indoor Championships in Sopot in 2014.

World 1500m fifth-placer Laura Muir opened her indoor season with 2:01.11 for 800m in Glasgow, a world-leading time which is just outside her Scottish indoor record of 2:00.94.

Martin Duff’s report and Guy Gibbons photographs will appear in this week’s issue.

Martin Duff’s report and Jeremy Hemming’s photographs will appear in this week’s magazine.

Alex Brecker won the men’s division one race in 27:41 as Loughborough won the team event.

A fuller report and photograph will appear in this week’s issue.

Stephen Green’s report and Harry Shakeshaft photographs will appear in this week’s issue.

Michael Kallenberg won the men”s race in 67:06 from Ben Fish.