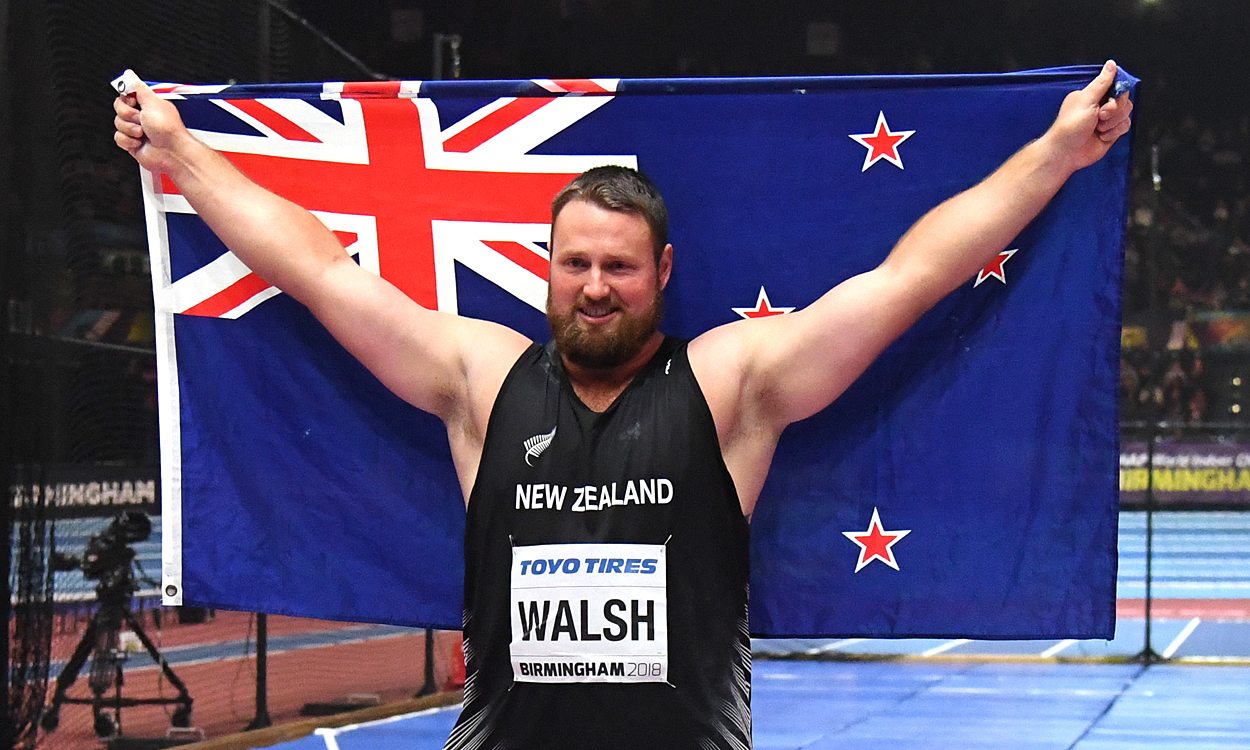 Tom Walsh had gone into the IAAF World Indoor Championships shot put final on the hunt for his third consecutive world title, combining victories claimed indoors and out, and he secured success in style in Birmingham.

Dominating from the start, the New Zealand thrower opened with an Oceanian record of 22.13m which he matched in round three after a foul from his second throw.

The 26-year-old also fouled his next two attempts but, with the win secured, he saved his best until last to launch the implement out to a mark of 22.31m, a feat which brought huge cheers from the Arena Birmingham crowd.

The fourth best ever indoor throw, it breaks the oldest of all the championship records, improving on the 22.24m achieved by Ulf Timmermann in 1987.

“I came here to win but I knew that I would have to throw well to beat these guys,” said Walsh, who is coached by Australian Dale Stevenson. “It was a crazy competition but I finished with a boom.

“The last 20 minutes was awesome with the crowd so close and they pushed me to throw far.”

Having achieved a PB and victory, Walsh added that Stevenson would now be growing mutton chops-style sideburns as a result of a pre-competition bet.

Walsh’s impressive performance isn’t the only reason this competition will enter the history books, however, as with 10 athletes throwing further than 20 metres and seven improving on 21 metres, it’s the deepest ever indoor shot put contest.

Among those over 21 metres were Germany’s two-time world outdoor champion David Storl and IAAF World Indoor Tour winner Tomás Stanek of Czech Republic and their best throws were the same distance and came in the same round. Both athletes threw 21.44m in the fourth round, with Storl securing silver based on his next best of 21.18m and Stanek the bronze as his next furthest mark was 21.12m.

“This is awesome,” said Storl. “The last two years have been difficult with no medals, apart from at the European Indoors. It is a great feeling to win this at such an important competition.”

Stanek said: “Every medal is a reward for hard work. But I feel a bit sorry I was not able to push it even further. This is the biggest success of my career but it was the worst competition of the season.”

There was another area indoor record-breaking throw for fourth, as Brazil’s Darlan Romani threw 21.37m to just miss the podium. USA’s two-time world indoor gold medallist Ryan Whiting was seventh with a best of 21.03m, while Poland’s European indoor champion Konrad Bukowiecki was eighth with 20.99m.