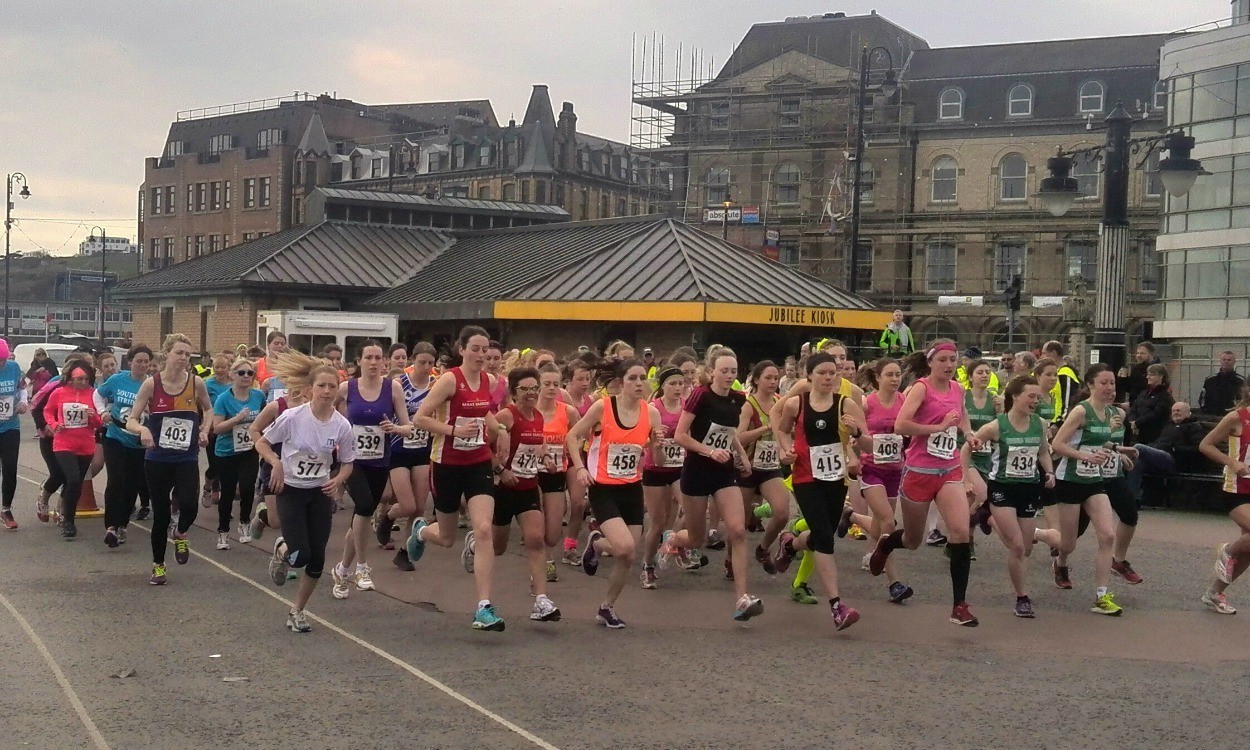 Rachael Franklin rounded off a successful weekend of racing at the Isle of Man Easter Festival of Running as she won Sunday’s women’s 5km event thanks to another gritty effort.

Having won the Port Erin 10km on Friday and the Peel Hill race on Saturday, the Manx runner made it a hat-trick of victories, stopping the clock at 17:34 to finish eight seconds clear of club mate Sarah Astin.

In third place Hannah Oldroyd, who clocked 18:12, had an amazing story to tell and is surely the female version of ‘Alf Tupper’!

In the team standings it was no surprise to see Cambridge take the honours yet again and the locals were happy to see Manx Harriers sneak the runners-up spot ahead of Manchester University.

Running the final leg for Cambridge was Matt Leach (15:19) who took over around 100m behind Leeds but soon asserted his presence. Passing the Yorkshire outfit represented by Richard Powell (16:26) after only 1km it was him against the clock. Breaking the tape to take the honours for Cambridge and finishing full of running he also robbed his team-mate Alex Short, who like Franklin had won the 10km and Peel Hill events, of the fastest time.