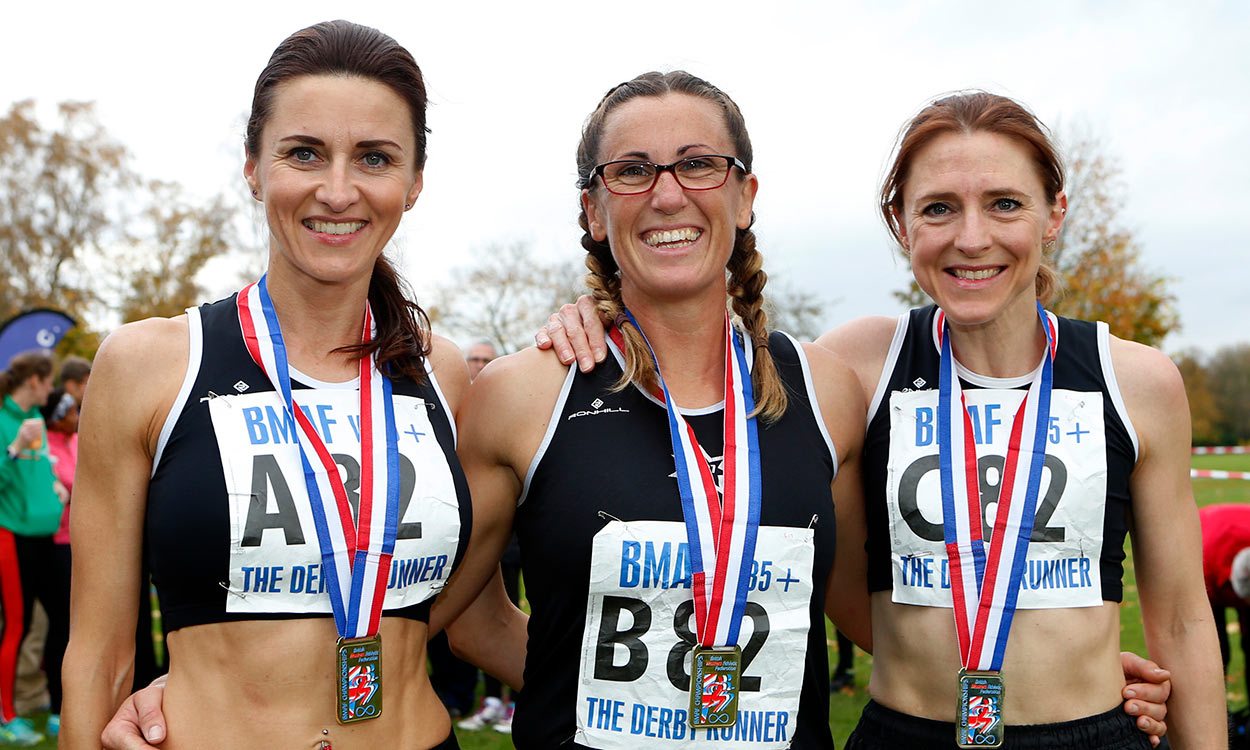 A round-up of relays action at Long Eaton

The British Masters Cross Country Relay Championships reached new heights at Long Eaton on Saturday with some quality races over most of the age groups with plenty of exciting finishes.

Rotherham (pictured) won the W35 race after Fiona Davies came through strongly on the last lap to deny Telford.

The latter’s Claire Martin was fastest with a 10:50 leg, though Lisa Palmer came close on the final leg as her 10:54 brought Heanor from ninth to fourth.

Bristol and West retained their W45 title easily but it was Telford’s Michelle Clarke who was easily fastest with a 11:33 leg.

There was an exciting M35 race as Leicester’s Mark Powell passed Hermitage Harriers on the fifth and final leg to win by six seconds.

The fastest leg was set by Owls’ Paul Richardson who ran a 9:26 leg.

There was also a competitive M45 race where Thames Hare and Hounds won by 25 seconds from early leaders Salford.

Rotherham’s Richard Harris, who was first on leg one, was quickest with a 9:50.

The M55 title also went south as South London Harriers won easily. They already had a big lead before Andy Tindall ran the fastest leg of 10:34.

Blackheath and Bromley won the M65 race by around 100 metres from Rotherham. Cambuslang’s Frank Hurley was fastest as his 12:05 took the Scottish club from ninth to third on leg three.

» For a full report with David Griffiths’ photographs, see the November 2 edition of Athletics Weekly magazine