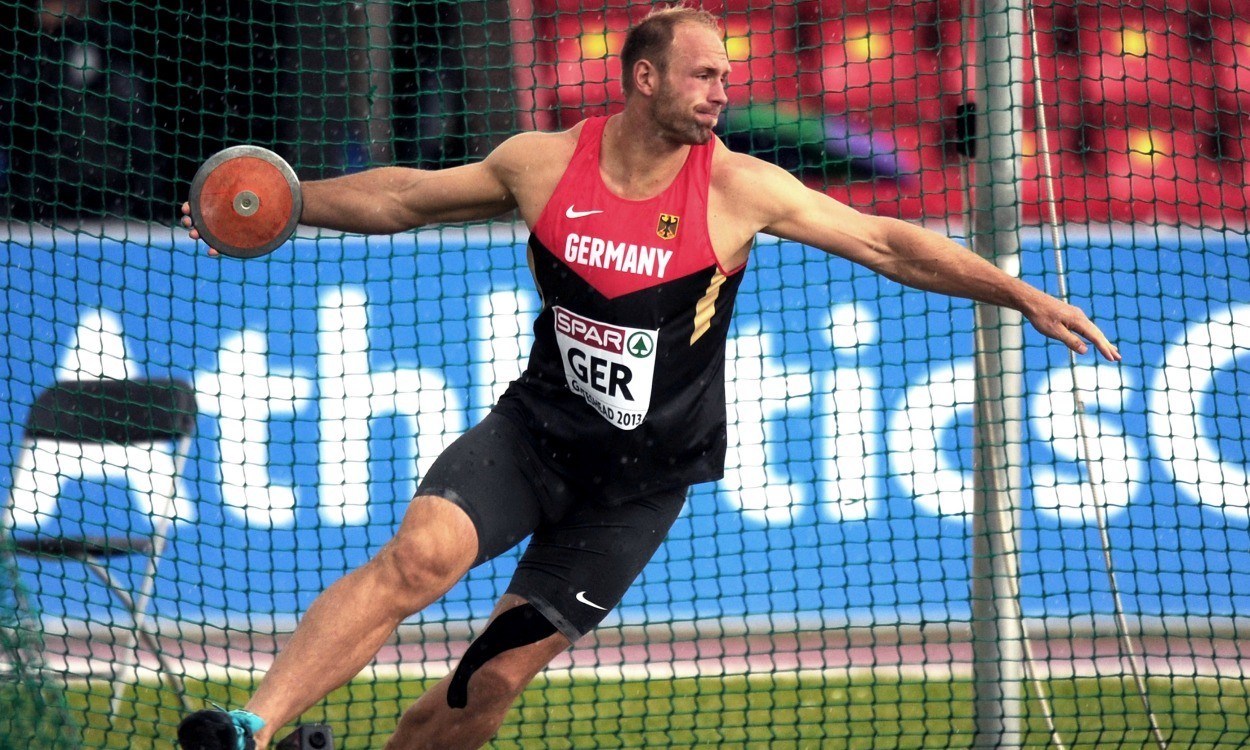 A look ahead to this weekend’s European Team Championships where Robert Harting, Greg Rutherford, Abeba Aregawi and Eilidh Child are among those in action

The top 12 teams in European athletics head to Braunschweig in Germany this weekend where they will battle for team victory at the European Team Championships.

Russia remains the nation to beat at the event taking place at the 25,500-capacity Eintracht Stadium. Although this year’s hosts Germany won the inaugural event in 2009 when the European Cup was replaced with the event as it is now, Russia has claimed victory since the 2010 edition and the nation goes into this weekend’s event as favourite, too.

With 20 events for men and 20 for women – including relays – it’s an action-packed weekend. Here are our ones to watch.

Robert Harting is the Olympic, world and European discus champion and he will be looking to continue his winning ways this season – having been victorious in Rome, Hengelo and New York with 68m-plus throws – in front of a home crowd. The captain of the host team will face the likes of Poland’s Piotr Malachowski, the two-time world silver medallist, who won in Doha but finished as runner-up to Harting in the above mentioned meetings. Brett Morse competes for GB and the Welshman will be hoping to build on a season’s best which is currently five metres down on his PB.

With a season’s best of 3:57.57 from Eugene, Abeba Aregawi is favourite to win the 1500m event and collect maximum points for Sweden. The world indoor and outdoor champion is the only member of the field to have gone under the sub-4 minute mark. Britain’s 2011 world silver medallist Hannah England will be looking to set an example to the rest of the team as she goes to the event as GB captain.

Having clocked a 9.95 personal best earlier this season, European No.1 Jimmy Vicaut is easily the favourite for this event. The Frenchman, who won European indoor 60m gold last year, should be pushed by Britain’s Danny Talbot who recorded a lifetime best of 10.14 in Bedford last month and also recently ran a PB of 20.36 in Prague over double the distance. His team-mate James Ellington goes in the 200m, with Vicaut’s fellow French sprinter Christophe Lemaitre – the 2010 European champion over this distance – being a late withdrawal through injury.

One of a number of strong Russian women competing at this event, world indoor champion Mariya Kuchina will be sure to battle with the likes of Spain’s European indoor and outdoor champion Ruth Beitia for maximum points in the high jump. Beitia has a season’s best of 1.99m compared to Kuchina’s 1.98m, while Poland’s Kamila Licwinko, who shared world indoor gold with Kuchina earlier this year, has cleared a best of 1.97m this season.

You can find the full GB team listed here.

» See the latest issue of AW, out Thursday June 19, for a more in-depth preview plus timetable for the event. A list of final entries can be found here. The action will be shown on BBC and Eurosport, while there will be full coverage in next week’s AW from our team in Braunschweig.