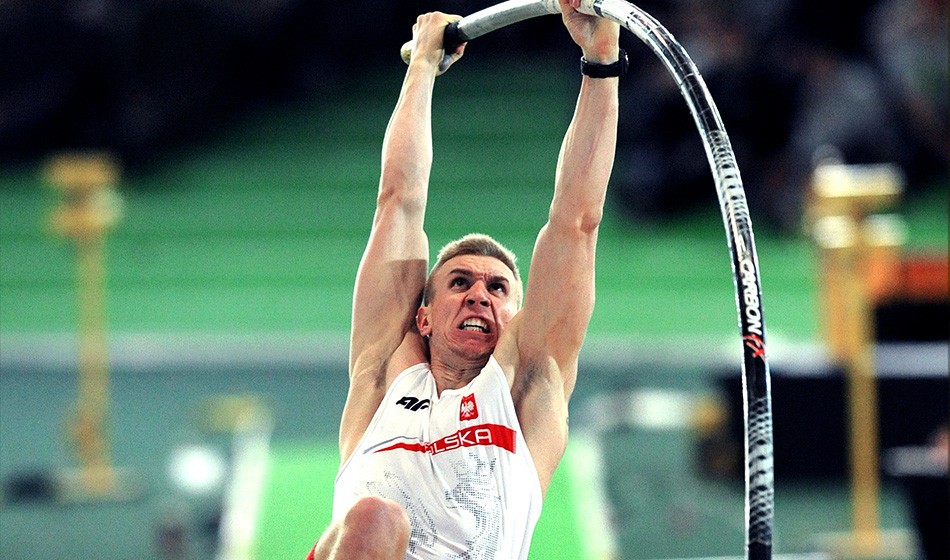 Poland stormed to victory in the European Team Championships in front of their home fans in Bydgoszcz. The hosts were literally poles apart as they crushed Germany, France and Italy to take the Super League crown.

In fifth, Great Britain enjoyed some great results on the final day of the event as Ben Williams won the triple jump and Richard Kilty the 200m. But they also endured a few poor moments, the most notable being an administrative cock-up in the men’s 4x400m which left them unable to start the race.

With the European Team Championships Super League being streamlined in future to eight teams instead of 12, it meant the bottom five here were relegated, with Portugal promoted from the First League match in Sandnes, Norway.

The British performance of the weekend came from triple jumper Ben Williams. The 27-year-old from Stoke began with a modest 14.69m before improving to 16.37m in round two, but he then bounded out to a huge PB of 17.14m in the third round to leapfrog his rivals and take maximum points.

Williams, whose PB was 16.74m beforehand, went to No.9 on the UK all-time rankings with his jump in Bydgoszcz. Ten years ago he won the world youth title in Italy and this weekend, after years of injury problems, finally came of age as a senior athlete.

Ben Williams on his 17.14m triple jump PB to win in Bydgoszcz, a mark which moves him to No.9 on the UK all-time rankings, plus his change in coaching set-up #ETCH2019 @stuartweir @BritAthletics pic.twitter.com/5KZnztnXqj

“I’m completely over the moon and bringing home 12 points for the team is great,” he said. “It’s a World Championship standard too (and also an Olympic qualifier). I knew it was coming. I looked surprised but I wasn’t! There’s more to come, I’m sure.”

Williams works as a personal trainer but cancelled appointments with clients this month and moved to Loughborough in an effort to train and compete at a higher level this summer. Now he hopes he can maintain the routine to the Tokyo Olympics.

Richard Kilty also impressed as he took the men’s 200m in 20.66 despite feeling a sore hamstring halfway through the race. “I was going to stop coming around the bend,” he said. “I felt my hamstring nip and I continued to run through. Not sure I should have done that but I wanted to get the full points for the team.”

He added: “If the hamstring didn’t seize up I think I would have gone quicker. I’m only a year out of having Achilles surgery and last time I was here in Bydgoszcz I was eliminated in the 200m heats at the World Juniors so I’ve come a long way. I’m really proud of myself.”

It was a good weekend for the Kilty family generally as his wife, Dovilė (née Dzindzaletaitė) won the triple jump on Saturday for Lithuania with a PB of 14.28m at the First League match in Norway.

The host nation did not waste time imposing their superiority on their rivals on Sunday. After fellow Polish middle-distance man Marcin Lewandowski won the 1500m on Saturday, team-mate Adam Kszczot delivered in the 800m with 1:46.97 as Britain’s Jamie Webb battled into second place in a challenging, tactical affair.

.@jamiewebb800 talks to @stuartweir after his European Team Champs 800m runner-up finish in 1:47.25. Had medical attention after the race but said: “They wanted to take me to hospital but I said I am old school – let me throw up and I'll be fine.” #ETCH2019 pic.twitter.com/MPgdE4lSc2

The Polish juggernaut continued in the women’s 1500m when Sofia Ennaoui took victory in 4:08.37 after Britain’s Jess Judd made a bold long run for home but faded to sixth in the home straight in 4:09.89.

There was more home nation success in the men’s pole vault, too, as Piotr Lisek (main image, above) took top points with 5.81m from Melker Svärd Jacobsson of Sweden and Renaud Lavillenie of France as Britain’s Charlie Myers was 10th with 5.31m.

An exciting end to the men’s discus saw Poland extend their lead further when Piotr Malachowski threw 63.02m with his final effort to overtake Martin Weirig of Germany and Daniel Stahl of Sweden. Behind, Greg Thompson was 10th for Britain with 55.71m.

The closest event of the weekend was the women’s 100m hurdles as Luminosa Bogliolo of Italy pipped Cindy Roleder of Germany and Karolina Koleczek of Poland in a blanket finish. The first two were given the same time of 12.87 (-1.2) with Koleczek one hundredth of a second behind as Cindy Ofili – back in a British vest after serious Achilles problems – was fourth in 13.12.

In the relegation battle, Ukraine just escaped the drop partly thanks to Yuliya Levchenko, who was the class act in the women’s high jump with 1.97m as Britain’s Emma Nuttall was 11th with 1.80m.

Malaika Mihambo of Germany produced one of the performances of the weekend when she took the women’s long jump with a slightly wind-assisted 7.11m (+2.2m/sec) as Britain’s Abigail Irozuru impressed in second with 6.75m (2.2m/sec).

Alexandra Tavernier of France took the women’s hammer with 72.81m as Britain’s Sophie Hitchon endured a bad day with an under par 63.23m (and two fouls) for 10th.

Orlando Ortega of Spain clocked 13.38 to beat France’s Pascal Martinot-Lagarde in the men’s sprint hurdles as Cameron Fillery of Britain was seventh in 13.83m.

Spain enjoyed victory over the barriers in the men’s steeplechase too when Fernando Carro sprinted to victory in 8:27.28 as Britain’s Zak Seddon was fourth in 8:30.89.

Christina Schwanitz of Germany took the women’s shot put with 18.93m. It proved one of Britain’s best events, too, as Sophie McKinna took third with 17.94m. “It was really close to being good (18 metres) today but I didn’t quite ‘catch it’,” she said.

The women’s 200m was also good for Britain as Jodie Williams led for much of the race before being passed in the closing stages by Mujinga Kambundji of Switzerland – the pair clocking 22.72 and 22.89 into a headwind.

British middle-distance man James West put up a similarly plucky run as he came third in 8:02.97 in a 3000m won by Adel Mechaal of Spain in 8:02.51. West beat, among others, the last two European Cup 10,000m winners Yeman Crippa and Richard Ringer.

As the weekend drew to a close in the relays, Poland were already safe and clear but showed their rivals no mercy in the women’s 4x400m as anchor runner Justyna Święty-Ersetic brought them home in 3:24.82 ahead of a GB quartet of Emily Diamond, Jodie Williams, Zoey Clark and Jessica Turner as the Brits clocked 3:27.12 to hold off Italy.

There were no points for Britain in the men’s 4×400, though, as Youcef Zatat, a reserve in the throws, was incorrectly named to run the first leg instead of Rabah Yousif.

“It’s absolutely gutting for the athletes in particular,” said British Athletics performance director Neil Black. “There was a technical error with the declaration process. But the athletes took it on the chin.”

It did not affect the team scores either, although that did not stop a torrent of criticism on social media.

» See the August 15 edition of AW magazine for further coverage