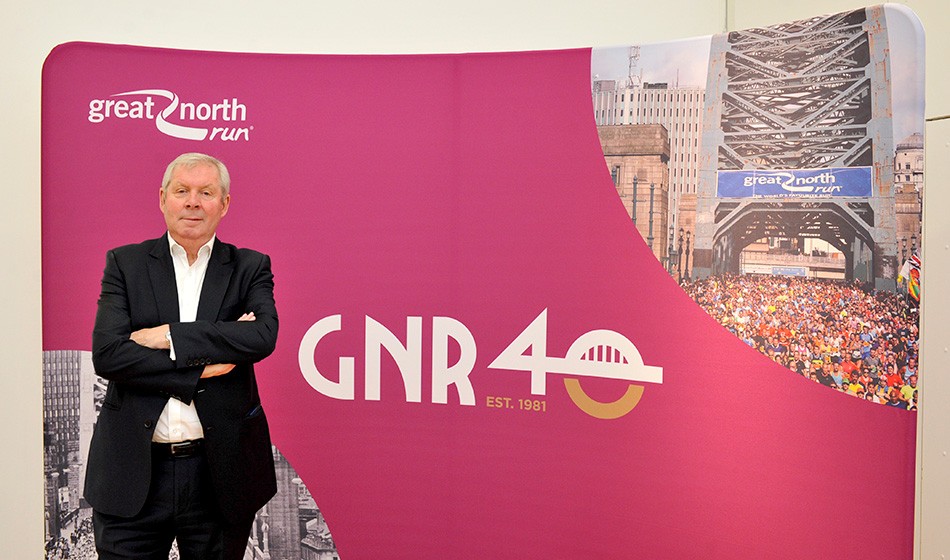 The event’s 40th staging will be celebrated in September

Plans have been unveiled to celebrate the Great North Run’s 40th staging in 2020.

The iconic event was first held in 1981, when 12,000 took part, and has grown to be the world’s biggest half-marathon, with 57,000 people registered to take part in a race that has been graced by the presence of Sir Mo Farah, Paula Radcliffe, Mary Keitany, Vivian Cheruiyot, Brigid Kosgei, Kenenisa Bekele, Haile Gebrselassie and Liz McColgan in its history spanning four decades so far.

On Tuesday organisers officially launched the GNR40 celebrations with a bespoke logo hinting back to the event’s first staging, while some of the innovations for 2020 were also announced.

These will include moving the popular Great North 5K from the Saturday prior to Great North Run day back to a Friday night and inviting the business community of Tyneside to enter a team as part of the Business Challenge, which will allow the full Saturday to be dedicated to the Junior and Mini Great North Runs which have developed into the world’s biggest children’s running events.

Terry Deary, historian, author and 21-time Great North Run finisher, is writing the script for a feature length documentary charting the history of the iconic event, which will be produced with funding from National Lottery Heritage Fund. The 74-year old will also be taking part in the half-marathon on Sunday, September 13.

Brendan Foster, chairman of The Great Run Company and founder of the Great North Run, told an invited audience of media and stakeholders that it was his wish for the event to have the greatest amount of finishers in its history, with 43,127 crossing the line in 2018 the previous highest number.

“The people make this event, not us as organisers. You don’t get people saying “oh, that’s a lovely gantry” – they see the mass of people taking part. That’s what makes the Great North Run great and we’re looking forward to even more this year.”

The event also reiterated the link-up between Great North Run and charity Made By Sport, who have become the official charity partner of the event in 2020.

» The Great North Run general entry ballot opened on January 6 and will remain open until February 9. To enter, visit greatrun.org/North