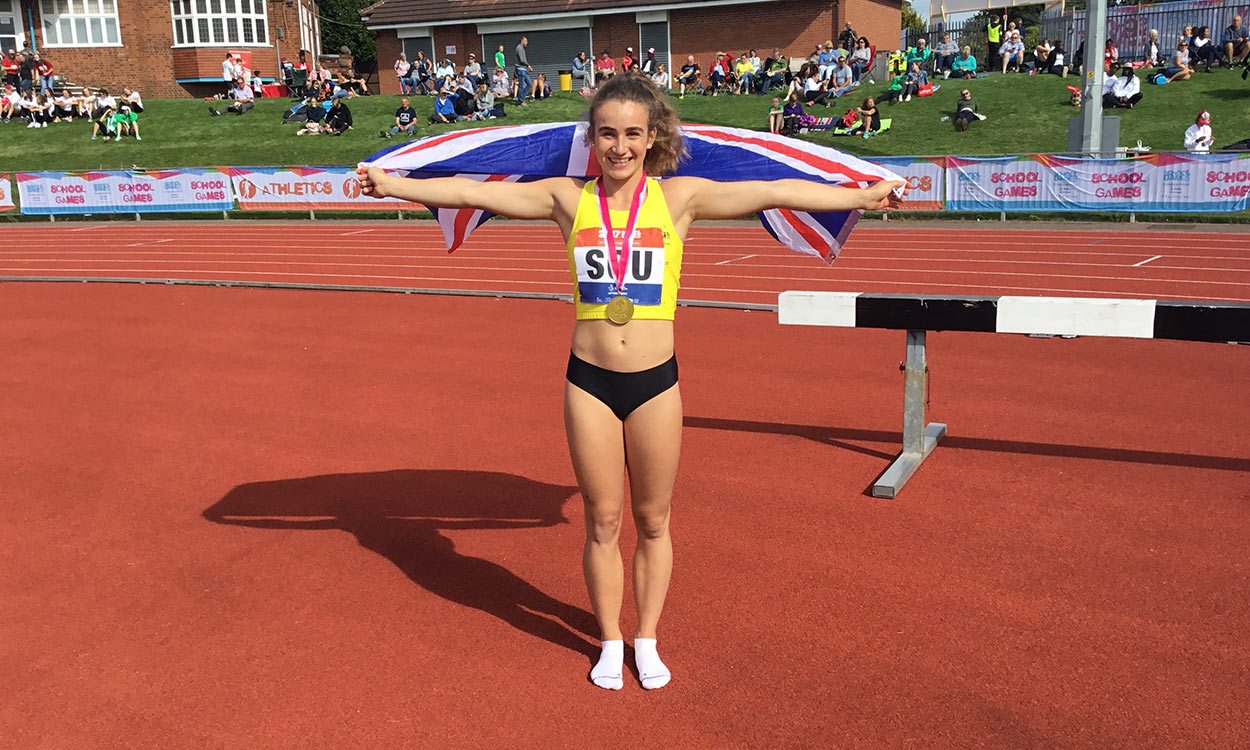 Athletes from across Great Britain and Northern Ireland were in action at Loughborough University on Friday (September 1) for the School Games National Finals.

Just five days after breaking the UK under-17 80m hurdles record with 10.97 at the England U17/U15 Championships, Pippa Earley was again among those to impress as she went faster still.

Clocking 10.94, the 16-year-old got gold for the South team ahead of Marcia Sey (Midlands) with 11.04, though Earley’s time will not count as an improvement of her national record due to there being no wind gauge reading.

Another athlete running the race of her life was Amber Anning (South) who took almost a full second off her PB with a time of of 37.79 to break the School Games 300m record. That mark puts her fourth on the UK under-17 all-time list.

“I won this last year so I was going for the time today and to have achieved that is awesome.”

Amy Hunt claimed double gold, winning both the 100m and 4x100m. Competing as part of the North of England team, Hunt ran 11.92 in the individual event before anchoring her relay quartet to victory. Daniel Afolabi won the boys’ 100m in 10.86.

There was a fine long jump series by 15-year-old multi-eventer Dominic Ogbechie (South), who went beyond seven metres three times and won with 7.22m (0.9) to leap eight centimetres further than ever before.

In the javelin, Emma Howe (North) improved on her previous best three times, throwing over 50 metres for first time with 50.34m for gold. The boys’ title was claimed by South’s Tom Hewson with 66.38m as he won by over 14 metres.

Tara Simpson-Sullivan (North) improved to 62.00m to win the hammer title, while gold in the boys’ event was won by Ben Hawkes (South) with 68.21m.

Eve Walsh-Dann (Northern Ireland) claimed gold in the 100m ambulant event and silver in the 200m behind Scotland’s Abbie McNally.

The girls’ 100m wheelchair title was claimed by Scotland’s Shelby Watson and the boys’ title was won by Craig Boardman (South).

» Check out the September 7 edition of AW magazine for further coverage, pictures and results