Ones to watch at the Great North CityGames 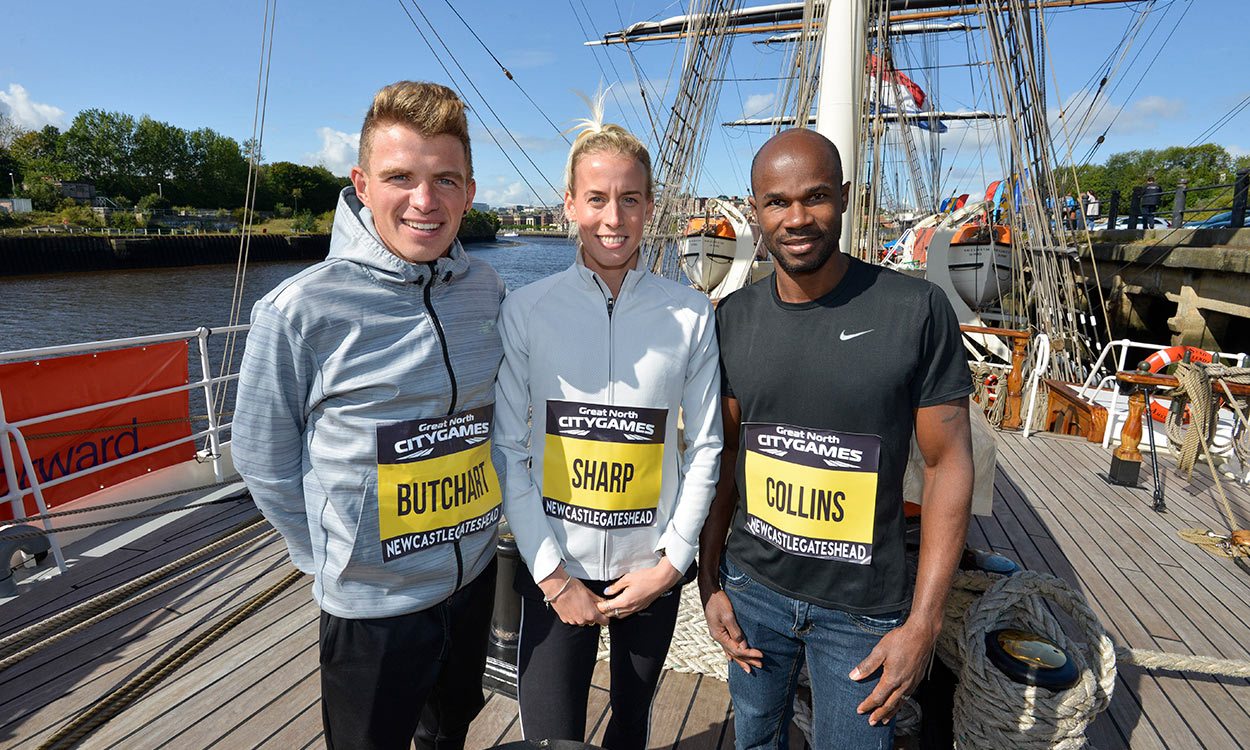 Andrew Butchart, Lynsey Sharp and Kim Collins among those in street athletics action on Gateshead Quayside

The Great North CityGames returns to the banks of the River Tyne on Saturday afternoon, with athletes in action on a pop-up track and specially-constructed arena.

Scottish stars Andrew Butchart and Lynsey Sharp race over 1 mile and 500m respectively, while Lorraine Ugen is part of a GB trio in the long jump.

Check out the September 7 edition of AW magazine for an event-by-event look ahead to the action, while below we’ve listed some ones to watch.

Britain’s three London World Championships long jumpers – Lorraine Ugen, Shara Proctor and Jazmin Sawyers – are all in action. World and European indoor medallist Ugen will be looking to follow up her fifth place in the world final and runner-up spot at the recent Diamond League final in Brussels with another strong performance. They will be joined by athletes including Lithuania’s 2015 European under-23 triple jump champion Dovile Dzindzaletaite.

This event brings together athletes from 800m through to 5000m specialists and is set to be an intriguing battle. London 5000m eighth-placer Andrew Butchart also finished eighth in this event last year as his fellow Briton Jake Wightman beat Poland’s European indoor champion Marcin Lewandowski to victory. Butchart and Lewandowski are both back and form part of a field also featuring 1500m man Charlie Grice and two-lap specialist Elliot Giles.

British 100m and 200m record-holder Dina Asher-Smith races the distance in between. The 21-year-old might have broken her foot in February but she has still been impressive on the track this summer, forming part of GB’s medal-winning 4x100m team and finishing fourth in the world 200m in London in a season’s best of 22.22 before beating double world silver medallist Marie- Josée Ta Lou in Berlin.

The Briton ran 16.82 for 150m in Manchester in 2015 and is sure to have her eye on Desiree Henry’s European best for the straight-run distance of 16.57 clocked at last year’s Great North CityGames. Her competition in Newcastle-Gateshead will include fellow Briton Bianca Williams, Naomi Sedney of Netherlands and Spain’s Estela Garcia.

Nethaneel Mitchell-Blake is among those racing the men’s event at 14:56.

» Can’t get track-side? Watch the Great North CityGames action live from 13:15 on BBC One