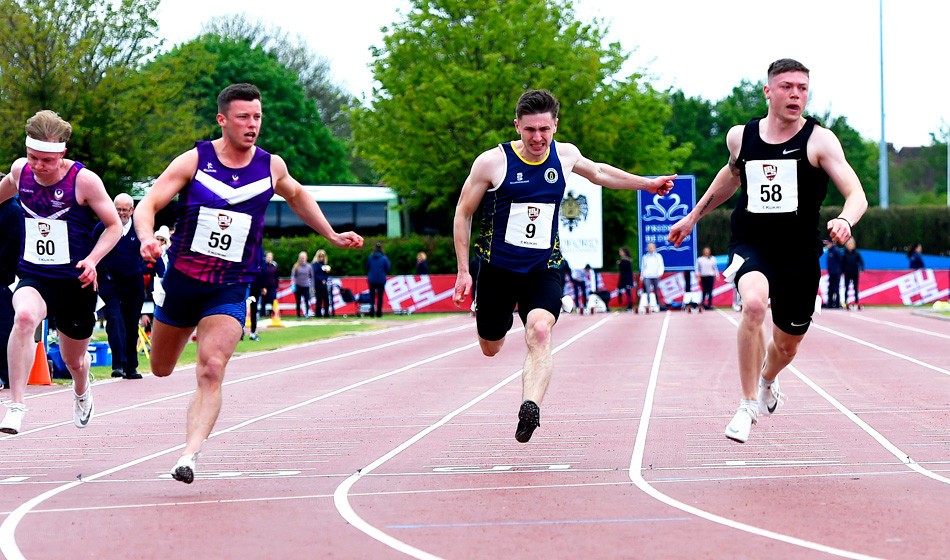 Victories for Oliver Bromby and Shannon Malone were among the highlights on the first day of finals at the BUCS Outdoors Championships in Bedford.

Bromby, sprinting for London Metropolitan University, was able to come back from a tough season of injuries to finally win the BUCS 100m final. Bromby ran 10.39 (+1.3m/s) ahead of Loughborough’s Adam Thomas (10.45) and Brunel’s Luke Dorrell (10.45).

Having pulled his abductor muscle in the first race at BUCS indoors last year before repeating the injury a week before the outdoor Championships, Bromby was delighted to win.

“European U23s is the goal this year,” he said. “Last year was quite a tough year. I’ve already opened up quicker than I ran all last season so it’s nice to be back running fast.”

Meanwhile, in the women’s 100m final Loughborough’s Malone ran a personal best of 11.62 (+2.0m/s) to beat a high-quality field including Winter Olympian Mica Moore, who was running in her 15th BUCS final.

“I’m absolutely over the moon and to set a personal best this early on in the season gives me a lot of confidence to try and run the time for European Under-23s or to go for a spot in the relay team,” said Malone.

In the pole vault George Turner upgraded his silver medal at the BUCS Indoor Championships to an outdoor gold.

The Brighton University athlete will now look to improve on his fourth position in the British Indoor Championships at the outdoor equivalent.

Jac Palmer won the hammer in his fifth BUCS outdoor championships with a throw of 60.95m, nearly three metres ahead of silver medallist Jacob Lange with 58.07m. Peter Cassidy threw 56.26m to take the bronze.

“I think I have every single colour of medal,” said Palmer. “I’m happy to complete the set and to add this gold to the under-23 British title.

“Hopefully I’ll be doing a PhD next year so I’ll be back for another three championships. The goal is the world uni games – it would be good to get to a championship like that.” 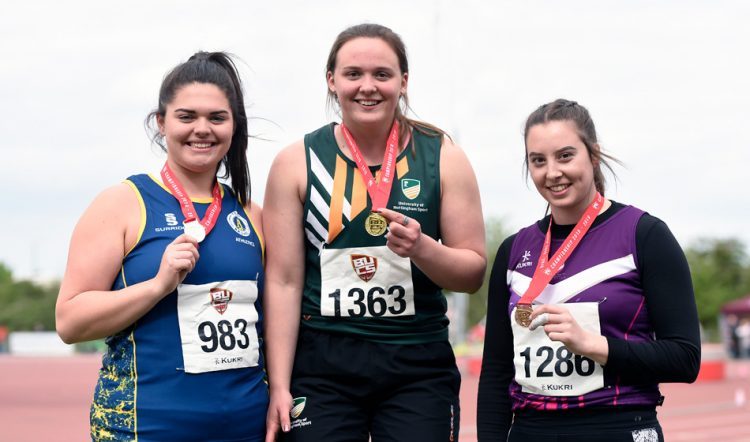 Davenall stated: “It’s surreal. I wasn’t expecting to win. I’ve been out for seven months but I’m getting away with it. The only aim for me is hoping to get to the Manchester International.”

Elsewhere, Patrick Swan won the shot put in a closely-fought battle. Swan was the only athlete able to throw over 16 metres.

Daniel-James Thomas was closest to match that mark, throwing 15.87m, while Daniel Cork threw 15.62m to complete the podium.

Loughborough athletes looked dominant throughout the day and there was no exception in the women’s javelin. Rebekah Walton threw 53.93m followed by Emma Hamplett with 52.52m. Bethan Rees spoilt a Loughborough clean sweep, throwing 46.22m to push Ellen Barber into fourth with 45.83m. Leah Hillman, also of Loughborough, finished fifth.

Josie Oliarnyk of Newman College won the long jump with a leap of 6.17m as world under-20 heptathlon champion Niamh Emerson finished fourth with 5.97m.

» See the May 9 edition of AW magazine for full coverage, while a report on the final day of action will also appear online on Monday