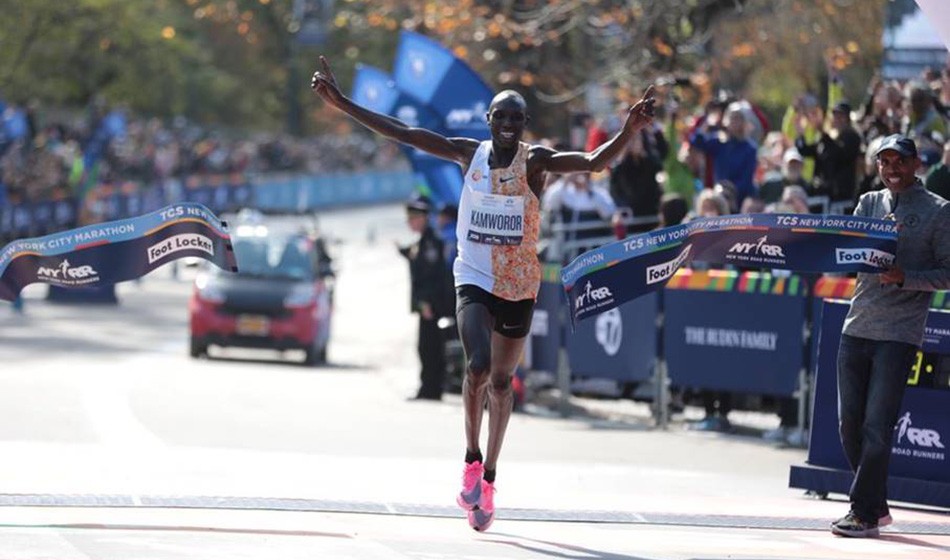 The 50th edition of the event will instead take place on November 7, 2021, while Berlin Marathon confirms its 2020 race will not be held

The 2020 TCS New York City Marathon, which had been set to take place on November 1, has been cancelled, New York Road Runners (NYRR) has announced.

Organisers NYRR, together with the Mayor’s Office of the City of New York, made the decision “due to coronavirus-related health and safety concerns for runners, spectators, volunteers, staff, and the many partners and communities that support the event”.

This year’s marathon was set to be the 50th running of the event, which began in 1970 and has grown to become the world’s largest marathon with 53,640 finishers in 2019, led by elite winners Geoffrey Kamworor (pictured) and Joyciline Jepkosgei.

“Cancelling this year’s TCS New York City Marathon is incredibly disappointing for everyone involved, but it was clearly the course we needed to follow from a health and safety perspective,” said Michael Capiraso, president and CEO of New York Road Runners.

“Marathon Day and the many related events and activities during race week are part of the heart and soul of New York City and the global running community, and we look forward to coming together next year.”

Mayor Bill de Blasio said: “While the marathon is an iconic and beloved event in our city, I applaud New York Road Runners for putting the health and safety of both spectators and runners first.

“We look forward to hosting the 50th running of the marathon in November of 2021.”

Options for runners who had been entered for this year’s event include receiving a full refund of their entry fee or a guaranteed complimentary entry in either 2021, 2022, or 2023.

Organisers confirmed that the 2020 Abbott Dash to the Finish Line 5K on October 31 has also been cancelled.

A short while after the New York City event announcement, organisers of the BMW Berlin Marathon confirmed that its 2020 race would also no longer be taking place.

It was announced in April that the Berlin event would not be held as planned on September 27 but at that time organisers could not confirm if it would be rescheduled or cancelled.

“The BMW BERLIN-MARATHON 2020 will not be able to take place on September 26-27, 2020,” organisers said in a statement. “Furthermore, it will also not be possible – after extensive examination and various discussions, also with the authorities – to hold the event at a later date this year.”

Last month it was announced that the 124th Boston Marathon had been cancelled as an in-person race and would instead be held as a virtual event in September.

It had previously been postponed from April 20 to September 14.

Last week organisers of the Virgin Money London Marathon released an update for runners, stating that they “will not give up hope” of being able to hold the rescheduled event on October 4.

Organisers say they have been looking at logistics and coming up with “innovative ways” to socially distance the event.

Meanwhile, on Tuesday organisers of the Haspa Hamburg Marathon announced that the event is scheduled to go ahead on September 13 with both elite and mass races.