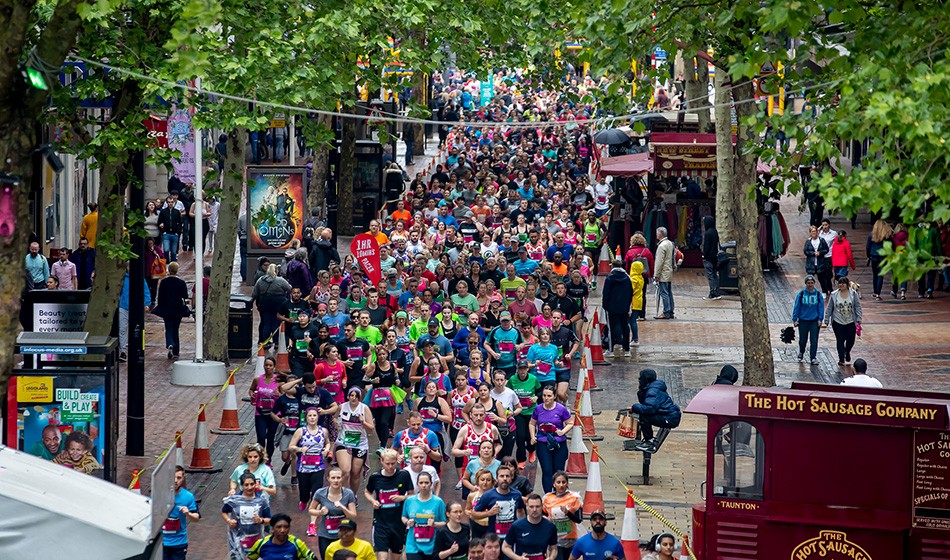 The 10km course aims to showcase the historic heart of the city, its latest developments and famous heritage sites

A new Great Birmingham 10K route has been unveiled for the 2020 event on May 31, with the course passing city centre landmarks such as Grand Central, Mailbox and the historic Jewellery Quarter for the first time.

From the Hippodrome theatre to St Paul’s Square and a number of other attractions in between, the course aims to showcase the historic heart of Birmingham, its latest developments and world-famous heritage sites.

The new 10km route has been unveiled two years before Birmingham hosts the 2022 Commonwealth Games and welcomes visitors from across the world and a global TV audience of billions.

Starting near the much-loved Hippodrome theatre in Southside, the opening stages of the Great Birmingham 10km will take runners through gritty and bohemian Digbeth, where old industries and new bars and apartments sit alongside each other.

At 3km, runners and walkers will see one of Birmingham’s oldest areas – St Martin’s Church and the Bull Ring Markets which date back to the Middle Ages – before the route passes the unique Grand Central at New Street station, one of the city’s more recent skyline additions.

The cool and contemporary Mailbox building and its premium retail stores features at 4km, before participants cross bustling Broad Street – the city’s ‘Golden Mile’ – at 5km.

Birmingham’s world-famous canal network is a highlight at 6km with runners passing King Edward’s Wharf and Vincent Street near Brindleyplace and Arena Birmingham. 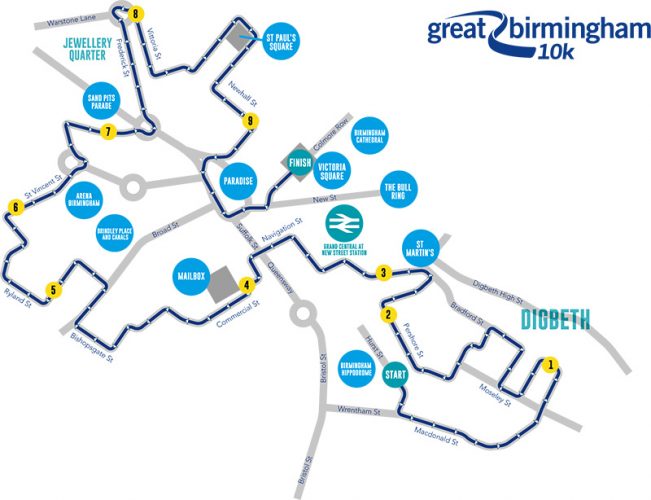 New for 2020, the 10km will take runners through one of the city’s gems – the Jewellery Quarter – home to 40% of the UK’s jewellery production and the world’s largest Assay Office. Runners will go along Frederick Street, around the iconic Chamberlain clock, down Vittoria Street and alongside St Paul’s Square and its heritage-listed Georgian buildings housing creative companies and bars.

Runner head along Newhall Street and Great Charles Street at 9km before reaching the grandstand finish at the Town Hall, Victoria Square and Colmore Row, where goodie bags and finisher medals will await.

Steve Hewlett, manager, Retail BID Birmingham, said: “It’s a great time for Birmingham to introduce a new 10km route through the city centre as it offers runners and visitors an opportunity to experience the city as it rapidly develops. This could easily become the biggest and best 10km in Europe!”