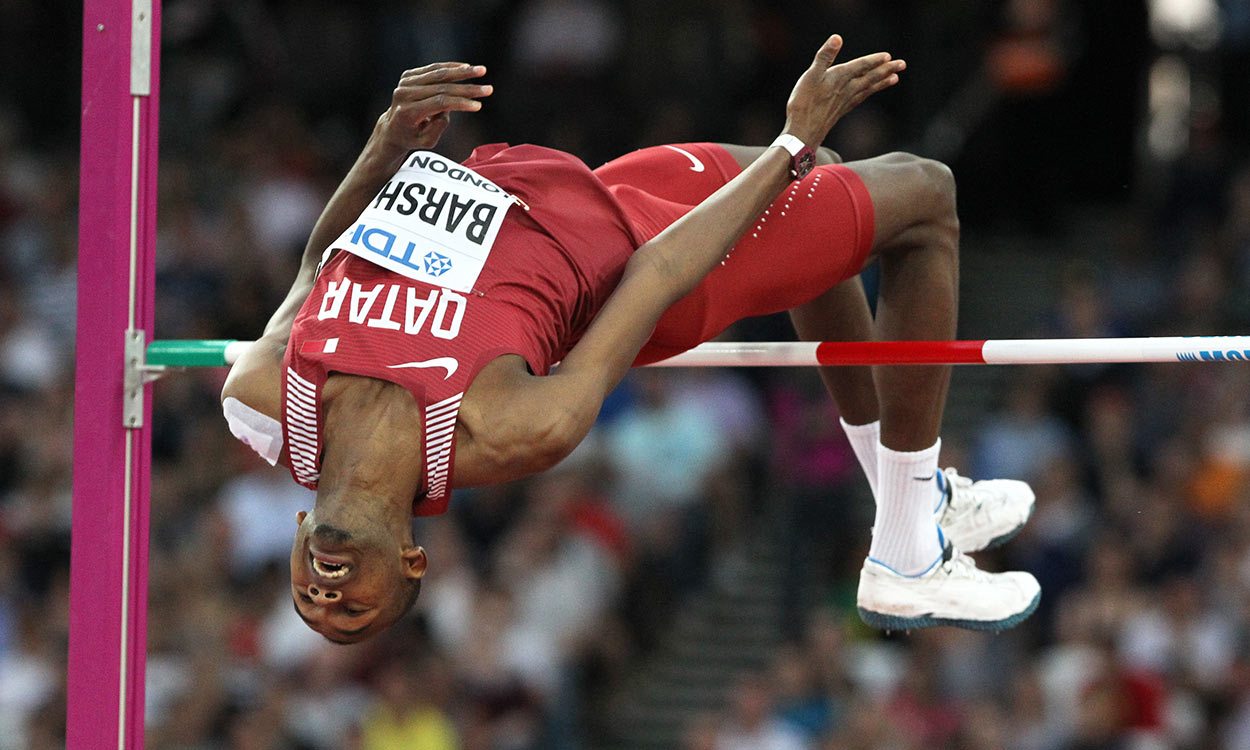 The Qatari athlete enjoys a perfect run up to his winning height, while GB’s Robbie Grabarz has to settle for sixth

Mutaz Essa Barshim had a flawless performance up to his winning height of 2.35m to gain world high jump gold in London on Sunday.

Back in the stadium where he had claimed Olympic bronze five years before, the Qatari athlete entered the competition at 2.20m and from there he had a perfect run until three attempts at 2.40m saw his competition come to an end.

Russia’s Danil Lysenko, competing as a neutral athlete, secured silver after clearing 2.32m, while a delighted bronze medallist was Syria’s Majd Eddin Ghazal who cleared 2.29m and claimed a podium place on countback.

“My first big world championships gold,” said the winner, who adds this outdoor global gold to his world indoor title secured in 2014 and the silver medal he won in Moscow in 2013. “I was so determined to win it. I was expecting it tonight so I am glad I managed to fulfil my target.”

The result means the 26-year-old would head into a home world championships in two years as a defending champion, with the event heading to Doha, where Barshim was born, for the next edition.

Barshim’s fellow London 2012 bronze medallist Robbie Grabarz didn’t enjoy she same level of success on home soil. After first time clearances at his opening height of 2.20m and then 2.25m, he couldn’t make it over 2.29m so had to settle for sixth place.

“I’m absolutely gutted,” said the world indoor silver medallist. “It was technically really bad, I don’t have any excuses or reasons, it was just way below what I’m capable of.

“It’s not the kind of performance I should be putting in in my career at this point in a major final.”

Ukraine’s Bohdan Bondarenko is another athlete who will have been hoping for more, after the 2013 champion and Rio bronze medallist required three attempts to clear his opening height of 2.25m before passing at 2.29m and then failing his three tries at 2.32m.

“I cannot believe what I did today,” said Ghazal. “It is a first medal for Syria in my event. We haven’t had a world championships medal for many years.”