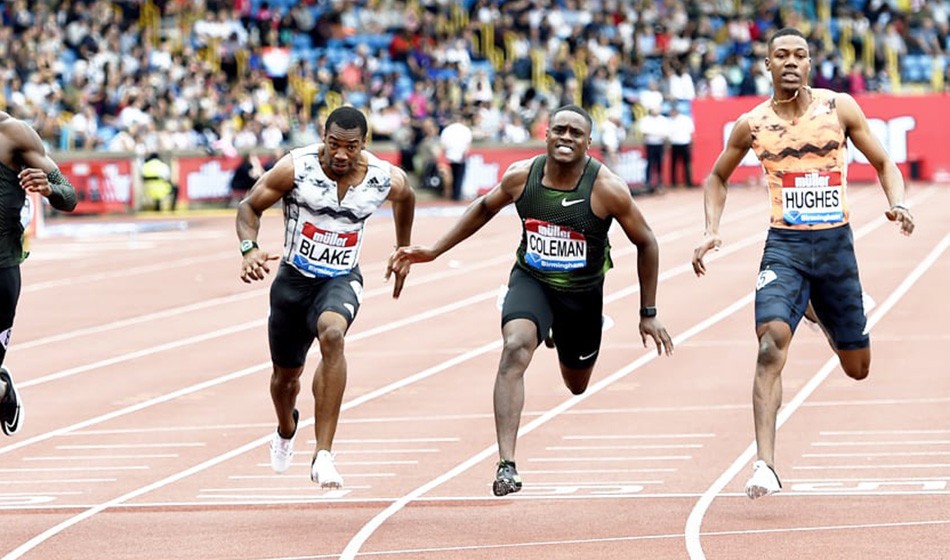 Christian Coleman, Dina Asher-Smith, Holly Bradshaw, Nafi Thiam and Thomas Röhler are among the entries for the Diamond League meet

Over 60 global medallists – including 10 reigning Olympic champions, two Paralympic champions and 13 reigning world champions – are among those set to compete at the Alexander Stadium for the Müller Grand Prix Birmingham on Sunday (August 18).

The start lists for the IAAF Diamond League meeting are now live and available here.

The American is the fastest man in the world this year with a time of 9.81 and in Birmingham he will face Commonwealth champion Akani Simbine and triple Olympic medallist Andre de Grasse, while British interest comes in the form of world 4x100m champion Adam Gemili and European 4x100m champion Harry Aikines-Aryeetey.

In the men’s 400m, European champion Matt Hudson-Smith returns to action in his local stadium, while the women’s 800m features American Ajee Wilson, second-quickest in the world this year, plus GB’s in-form Lynsey Sharp and Commonwealth bronze medallist Natoya Goule.

Paralympic champions Sophie Hahn and Kadeena Cox are among the entries for the women’s T35-38 100m.

The women’s long jump is set to welcome heptathlon stars Nafissatou Thiam and Katarina Johnson-Thompson as part of a stacked field which includes world indoor champion Ivana Spanovic, who returns to the city where she won the aforementioned title. Lorraine Ugen is on the hunt for a world qualifying standard and will be looking thrive on the occasion in the West Midlands.

Athletes to have withdrawn from the event include British hurdler Andrew Pozzi and high-jump star Mutaz Essa Barshim, due to ‘small and non-serious’ niggles.

Entry lists for the event can be found here, while tickets for the Müller Grand Prix Birmingham are on sale at https://www2.theticketfactory.com/british-athletics/online/

See the August 15 edition of AW for an event-by-event preview to the meeting.