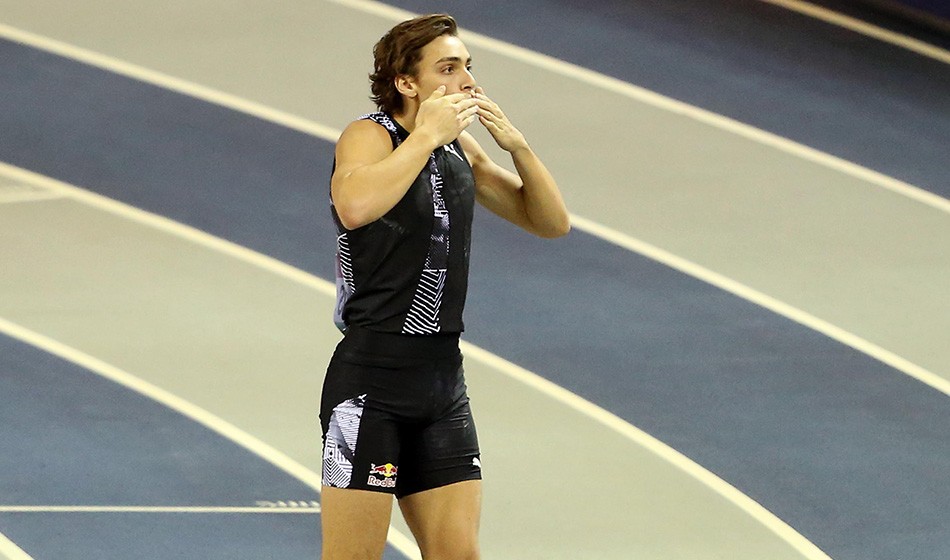 Pole vault superstar raises the bar – and the Emirates Arena roof – with clearance of 6.18m

Mondo Duplantis may ply his trade with a pole but, right now, it might as well be a magic wand. It is difficult to escape the notion that this incredibly talented 20-year-old has powers that others simply do not possess and he enchanted the athletics world once again by breaking his own pole vault world record at the Müller Indoor Grand Prix.

Seven days ago, the young Swede who grew up in America had cleared 6.17m in Torun to replace Renaud Lavillenie at the top of the all-time standings.

This time, at the Emirates Arena in Glasgow, he went one better. One centimetre better, that is. Duplantis finished his day’s work after completing the historic leap of 6.18m at the first time of asking, but it looked like he had done so with plenty of room to spare. It seems inevitable that the record will fall again – and soon.

“It feels good,” he said. “It feels like a world record. I just feel good jumping right now.

“I’m in good shape. I can’t tell exactly how far away from the bar I was but it felt like a good jump. I tried a stiffer pole and it ended up all right.”

The roar that bounced around the arena signalled a moment to remember for the thousands who had braved Storm Dennis to come and see a superstar in action.

Asked how it felt once he realised that another record was his, Duplantis added:

“It’s the best little split second that could ever be. Everything builds up to that one tiny little moment. That little freefall is a magical moment.”

Duplantis’ competition had not been blemish-free. Having entered the competition at 5.50m, he then failed with his first attempt at the next height he opted for, which was 5.75m. There was no such trouble with the second attempt at a mark which proved to be the best which America’s world champion Sam Kendricks could manage, while 5.75m represented a Belgian record for Ben Broeders as they finished second and third respectively.

European indoor champion Paweł Wojciechowski was fourth with 5.65m, the height at which Britons Harry Coppell and Adam Hague were forced out. Coppell had arrived in Glasgow off the back an Olympic standard leap of 5.80m but could not repeat the feat, finishing on 5.50m. So too did Hague, after coming close to what would have been an indoor best. Their compatriot Charlie Myers failed on his three attempts at 5.35m.

At the other end of the competition Duplantis revelled in his lap of honour, not to mention his second $30,000 bonus of the week, as the crowd rose to a man who looks set to dominate his sport for years to come. 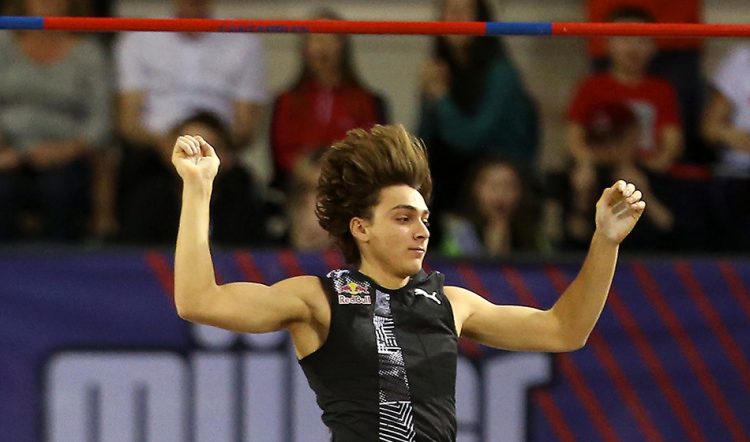 With his continued record-breaking feats come rising expectation levels but it does not seem to faze a man whose priorities are clear.

“Every competition I go into I want to win and that’s the main goal – the No.1 goal at every competition,” he added. “I want to jump high, I want to break the world record but first you’ve got to win. So I’ll try to win and if I’m feeling good and have a bit of energy left, I’ll try to crank it up. I can’t promise anything but I’ll give it 100 per cent for sure.”

Jump-off fails to take off

The added dimension to the women’s long jump competition which was supposed to raise the stakes and the tension fell strangely flat.

With the winners having been decided after the fifth round, the top three were then put through to a “jump-off” sixth round to decide who took the prize money.

Sawyers’ fifth-round leap had put her third on countback ahead of compatriot and world champion heptathlete Katarina Johnson-Thompson, while British indoor and outdoor champion Abigail Irozuru was fourth with 6.42m.

Scottish favourite Nikki Manson, who had been in fine form going into the meeting, could only clear 1.82m.

» A report on the track action in Glasgow, including wins for Laura Muir and Jemma Reekie, can be found here. See the February 20 edition of AW magazine for further coverage