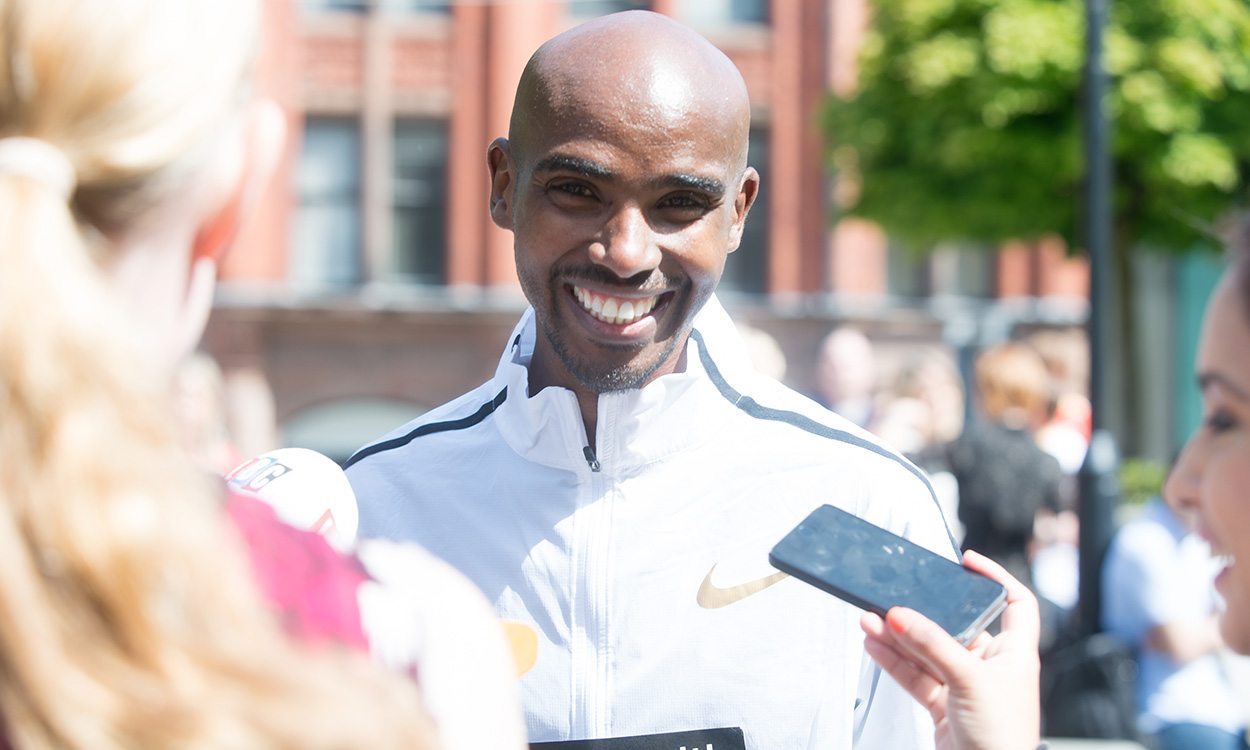 The British record-holder returns to race over 10km at the Simplyhealth Great Manchester Run as he plots the route to his next 26.2-miler

Mo Farah is targeting a major marathon win this autumn to give him a sizeable confidence boost when it comes to a discipline about which he openly admits he has much to learn.

The multiple Olympic and world track champion took a major step forward over 26.2 miles when he broke the British record and clocked 2:06:21 in coming third during April’s London Marathon.

However, the 35-year-old knows there is work to do when it comes developing over the distance and will take some time to consider what he needs most in his marathon education when making the choice of his next major challenge later in the year.

He would appear to be leaning towards one of the big American events, however the decision is far from clearcut.

“I’m definitely going to do an autumn marathon, that’s what I have to do in order to keep learning,” says Farah. “I’m not sure which one it will be. I have to be able to go into a marathon and see what am I going to learn, what is it going to give me? Is it going to be a fast time, am I going to be going where they have no pacemakers so I mix with the guys? We will figure it out.

“I think Chicago or New York could work well. Then there’s Frankfurt, Amsterdam is another one and then Berlin – everybody runs fast there.”

He adds: “If you win a major marathon, that’s a good win, as opposed to running 2:04 in Berlin and coming seventh. Over time I’d like my time to come down and see what I can do, but for now it’s more about experience.

“On the track I didn’t win overnight, I didn’t turn up and get medals, it was and then I came up with a way where I could beat the guys.

Farah will also be hard to beat when it comes to his latest assignment, running 10km at the Simplyhealth Great Manchester Run this weekend.

His main opposition will come in the form of Abel Kirui, the Kenyan former double marathon world champion who came fourth behind the Briton in London, and recent Great Birmingham 10k winner Moses Kipsiro.

Having taken 10 days off running completely immediately after his marathon exploits, Farah is looking for a marker to see where his fitness levels lie.

“I wasn’t too bad,” he says of the marathon aftermath. “I was only battered for one day, the day after finishing the marathon. Then I was ok, feeling alright and wanting to get back to running again.

“I am not in top shape but decent.”

Leeds City’s Georgina Lord will be looking for success in the women’s race.

» The Simplyhealth Great Manchester Run forms part of a weekend of athletics in the city, which kicked off with the Arcadis Great CityGames on Friday evening. Catch up on the track and field action here