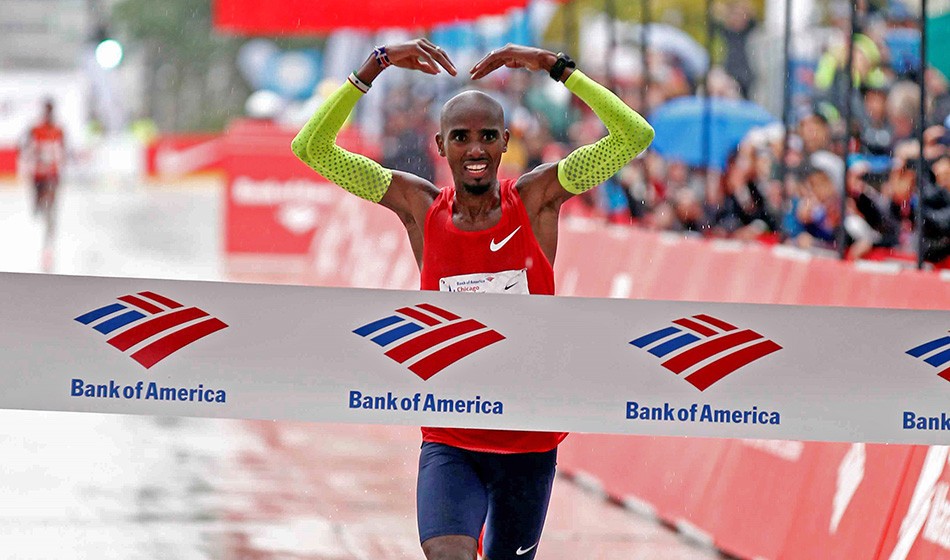 Britain’s Mo Farah and Kenya’s Brigid Kosgei will defend their titles when the 42nd Bank of America Chicago Marathon takes place on Sunday.

Farah ran a European record of 2:05:11 to win the race last year and is hoping for faster this weekend but faces a tough challenge as part of a strong field.

Rivals include his former training partner Galen Rupp and Dickson Chumba, who won in Chicago in 2017 and 2015 respectively, plus reigning Boston Marathon champion Lawrence Cherono.

With both Cherono and Ethiopia’s Asefa Mengstu having clocked 2:04:06, Chumba having run 2:04:32 and Ethiopia’s Seifu Tura having a best of 2:04:44, Farah finds himself only fifth fastest on paper although he was in a similar position last year.

Belgium’s Bashir Abdi, who is one of Farah’s training partners, has run 2:07:03, while the field also features Kenya’s Bedan Karoki, a 2:06:48 marathoner.

“Winning the Chicago Marathon last year was very special for me,” said the Briton. “It was my first time to win a World Marathon Major and my time was a European and British record.

“I am looking forward to returning in 2019 to defend my title on the streets of Chicago.”

Farah warmed up for Chicago by winning the Simplyhealth Great North Run last month and the women’s winner on Tyneside that day was Kosgei, who could have the course record (2:17:18) and perhaps even the world record in her sights.

Ireland’s Fionnuala McCormack is also in action after her 11th-place finish in Boston earlier this year.

Much of the pre-race discussion had focused on Alberto Salazar, with the Nike Oregon Project head coach having recently been banned for four years for anti-doping rule violations.

News followed that the Oregon Project was set to “wind down … to allow the athletes to focus on their training and competition needs”.

With both Rupp and Hasay having been Nike Oregon Project athletes and Farah having been among Salazar’s group based in Portland between 2011 and 2017, questions about the coach were asked during the pre-race press opportunity on Friday, with Farah telling reporters: “It’s not about Mo Farah. This is about Alberto Salazar.”

He added: “I have not done anything wrong. These allegations are about Alberto Salazar.”

“It’s not about Mo Farah this is about Alberto Salazar”
Here’s some more from a defiant Mo Farah after being repeatedly asked whether he’s disappointed in his former coach pic.twitter.com/Y4rQFNAfXi

Rupp told reporters: “I’m focused on the race. I will reiterate that no Oregon Project athlete has ever tested positive, they have never been found to use a banned substance or a banned method and that point is something that I definitely want to reiterate. I love running. I’m here to race.”

Galen Rupp says he found out about the Alberto Salazar ban on the news like everyone else and has not read the USADA report. pic.twitter.com/VLQIbCe7Zx

Salazar has denied any wrongdoing and is appealing against his ban.