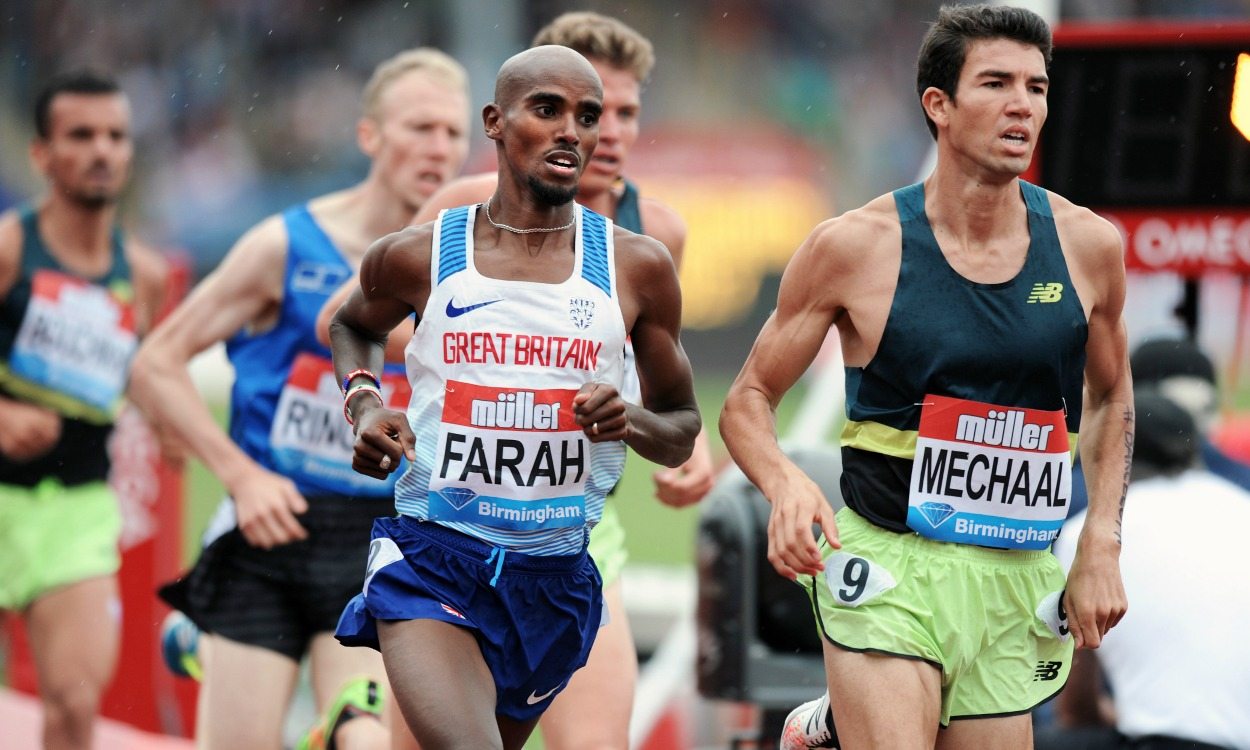 As races go, Mo Farah’s 3000m victory at the Müller Grand Prix Birmingham was relatively routine as he out-kicked Adel Mechaal of Spain in 7:38.64. Yet this was not an ordinary event. It was his final track race on British soil and marked the end of an era.

On crossing the finish line the 34-year-old took off his vest and handed it to Andrew Butchart, his GB team-mate who had finished fourth in the race. “Over to you,” said Farah, in a symbolic changing of the guard gesture.

Farah draped himself in a union flag instead as drizzle gently fell on the Alexander Stadium and a large crowd showed its appreciation by waiting for him to complete a lap of honour instead of sprinting to the car park.

The audience had also risen to their feet during a race that saw Farah take the lead in trademark style with 450m to go before stretching away from Mechaal, Davis Kiplangat of Kenya and Butchart in the home straight.

Farah even had time to do a little showboating in the final 100m and who can blame him? Later, the stadium was awash with emotions as everybody realised the only time Farah will be seen racing on British soil again will be on the roads.

“I never dreamed that I would become a four-time Olympic champion and multiple world champion,” he said. “All I dreamed of as a youngster was running for Great Britain, from World Juniors and European U23s – you go through the ranks and you dream of becoming Olympic champion.

“I now have to see what I will do on the road. I don’t think I’ll have the same pressure so I’ll go and enjoy it. Running was a hobby when I was younger but it has become a job and I love it. It can be hard when you get the pressure but the roads will be something completely different.”

A couple of hours before his race, Farah had been introduced the crowd after being driven around the track in a white Bentley car. With multiple Olympic and world titles, he has earned the position of athletics royalty and the Alexander Stadium proved a fitting venue for him to enjoy his last British track race. “It’s been an amazing career,” he said. “It’s been a long journey but I’ve enjoyed every part of it.”

Paying tribute to Farah, Butchart said: “He’s been a legend. He’s such a good guy. He came over and gave me his vest and said ‘you’re taking over. It’s your time to shine’. I was thinking ‘wow.’ For Mo to respect me as he does is, having looked up to him for a few years, it means the world.”

While Birmingham was Farah’s final track race in the UK, he will now travel to Switzerland for the Diamond League in Zurich on Thursday where he faces a rematch with the man who beat him to the world 5000m title in London earlier this month, Muktar Edris of Ethiopia, over that same distance.

Despite his many achievements, Farah has never managed to add his name to the illustrious list of Emsley Carr Mile winners. The historic race first took place in 1953 and was won by Gordon Pirie – and since then by a who’s who of milers such as Seb Coe, Steve Ovett, Peter Elliott, Dave Moorcroft, Jim Ryun, Said Aouita and Kip Keino – and this year it was won by Jake Wightman as he outsprinted Chris O’Hare in 3:54.92.

Wightman became the first British winner of the Emsley Carr Mile since Mike East took the title in 2005 after firstly O’Hare passed Evan Jager to hit the front with 200m to go and then Wightman kicked past O’Hare into the finishing straight.

There was no British win in the men’s 800m, though, as Nijel Amos of Botswana won in 1:44.50 from Adam Kszczot of Poland, while home hopes Elliot Giles and Kyle Langford finished fifth and sixth.

A British winner was guaranteed in the men’s 100m, as a domestic line-up toed the line in the non-Diamond League event and saw CJ Ujah clock 10.08 (-0.2) ahead of James Dasaolu and Zharnel Hughes as Adam Gemili was disqualified for a false start. “It was a clean and relaxed race which is just what I needed before the Diamond Race final in Zurich,” said Ujah.

Moments later the home crowd had more to cheer, too, when British 400m runner Dwayne Cowan produced a storming finish to win the one-lap race in 45.34 ahead of Vernon Norwood of the United States and GB team-mate Rabah Yousif. 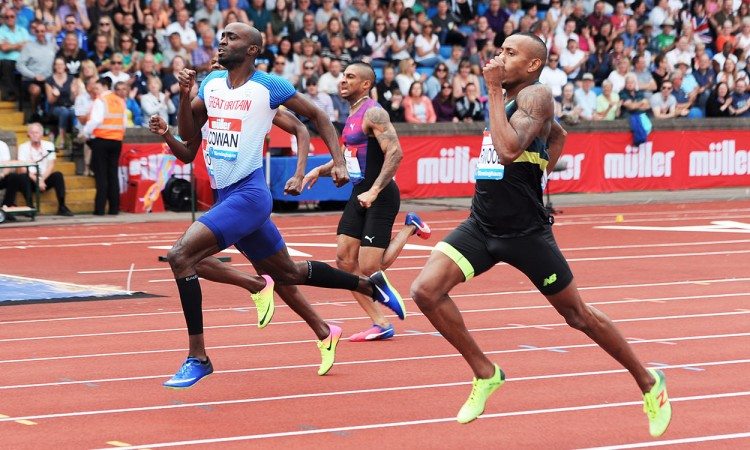 Cowan was delighted although his post-race reaction probably mirrored that of many athletes as this season draws to a close when he sighed: “I’m just looking forward to a holiday now!”

A report on further men’s events action in Birmingham can be found here, while a women’s events report is here.