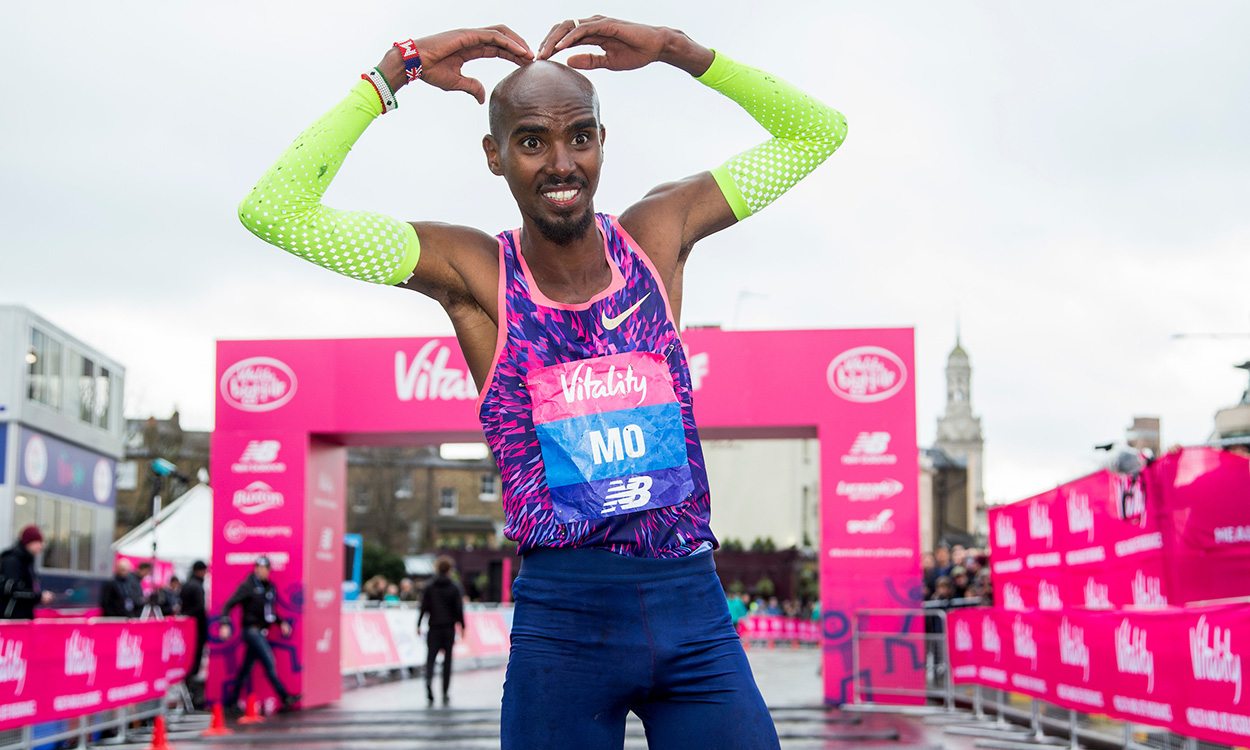 The new Vitality Big Half made a favourable first impression in London on Sunday, with impressive wins for Mo Farah and Charlotte Purdue.

With the weather wiping out almost all outdoor races, organisers London Marathon Events had to pull out all the stops to put the race on. Race director Hugh Brasher, who actually ran 1:26 in the race, said his team did brilliantly to keep the event on and the roads had been covered in snow 48 hours before the race.

The weather did cause the cancellation of the Little Half as it was deemed the assembly area in Southwark was not safe after the bad weather.

On the day, the roads were clear in London and conditions were reasonably good – cool with a light breeze but a few thought the course, while generally flat, could do with some adjustments with quite long stretches of cobbles, if the organisers want a really fast course which potentially London could deliver.

Farah, who had returned from warmer climes after training in Ethiopia, had no problems with the temperatures and he was too hot for the opposition.

He seemed to warm up during the race and first jettisoned his hat and then his gloves.

The early pace was reasonably steady with 5km reached in 14:34 and an identical pace was maintained through 10km in 29:08.

Farah had tried a burst around five miles and got clear but later said it was not a serious bid and he was playing around.

They had well over a minute gap on a group of chasing Brits which included Tsegai Tewelde, Josh Griffiths and Matthew Sharp who were all on 30:27.

At this stage Jonny Mellor was way off the pace in 31:07.

Through 15km, Wanjiru and Hawkins were just ahead of Farah on 43:46, having taken a slightly slower 14:38 for that section.

The chasing pack went through well over two minutes back in 46:01.

The leading trio slowed even more through 20km with a 14:49 section giving the leaders a 43:46 time.

The pace in the last kilometre through to the finish at the Cutty Sark was much quicker and Farah used all his speed that had taken him to four Olympic track golds to win in 61:40 with Wanjiru timed at 61:43 and Hawkins 61:45.

There was a three-minute gap to the next finisher and that proved to be Mellor, who was so impressive in last year’s Berlin Marathon.

That late surge gave Mellor the bronze in the accompanying British Championships behind Farah and Hawkins.

Farah said: “It’s great to be back in London and I’m in decent shape, so it’s good to have a hard race.

“I know the marathon is different to the half but both me and Wanjiru were here and will be in London for the marathon.”

After the race, which was closely watched by his new coach Gary Lough, Farah indicated he is thinking seriously about doing the world championships marathon next year.

“It’s always great to run for Britain but I don’t want to look too far ahead,” he added. 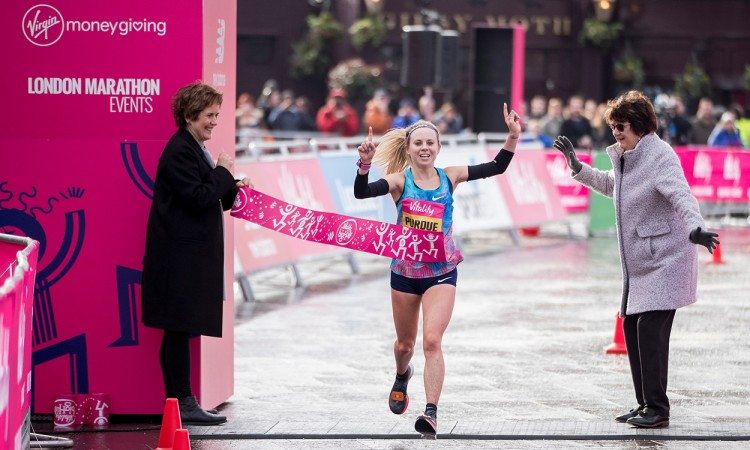 While the men’s times may have slightly disappointed, the women, who ran with the men, seemed to thrive.

Much of the race was a battle between Aldershot club mates Purdue and Lily Partridge. They passed 5km in 16:30 and 10km in 33:11. At this stage a sub-70 looked feasible as they went through 15km in 49:51 but first Partridge and then Purdue paid for the pace. Through 20km in 66:47, Purdue had slowed to 16:56 for that section but it had still opened up a 32-second margin over Partridge.

Purdue opened up a further five seconds in the final kilometre and her reward was a huge PB of 70:29 which moves her into 10th all-time in the UK, just ahead of Susan and Lily Partridge’s 70:31.

The latter here ran 71:06 to take the British silver.

Bronze went to Charlotte Arter, who took over 90 seconds off her PB. She went through 10km in 33:30 and ended up within half a minute of Partridge with a strong finish giving her a time of 71:35.

Purdue said: “I felt good for 15km and found the cobbles challenging. It was strange running the opposite way to the way we go in the marathon.”

Marcel Hug won a tactical wheelchair race with a strong burst after 15km probing too strong for David Weir. Hug timed 51:36 to Weir’s 52:17.

Manuela Schar made it a Swiss double and like Hug, added to her London successes.

After the race the 10,000-plus field were able to take advantage of the Vitality Big Festival in Greenwich Park.

» See the March 8 edition of AW for further coverage