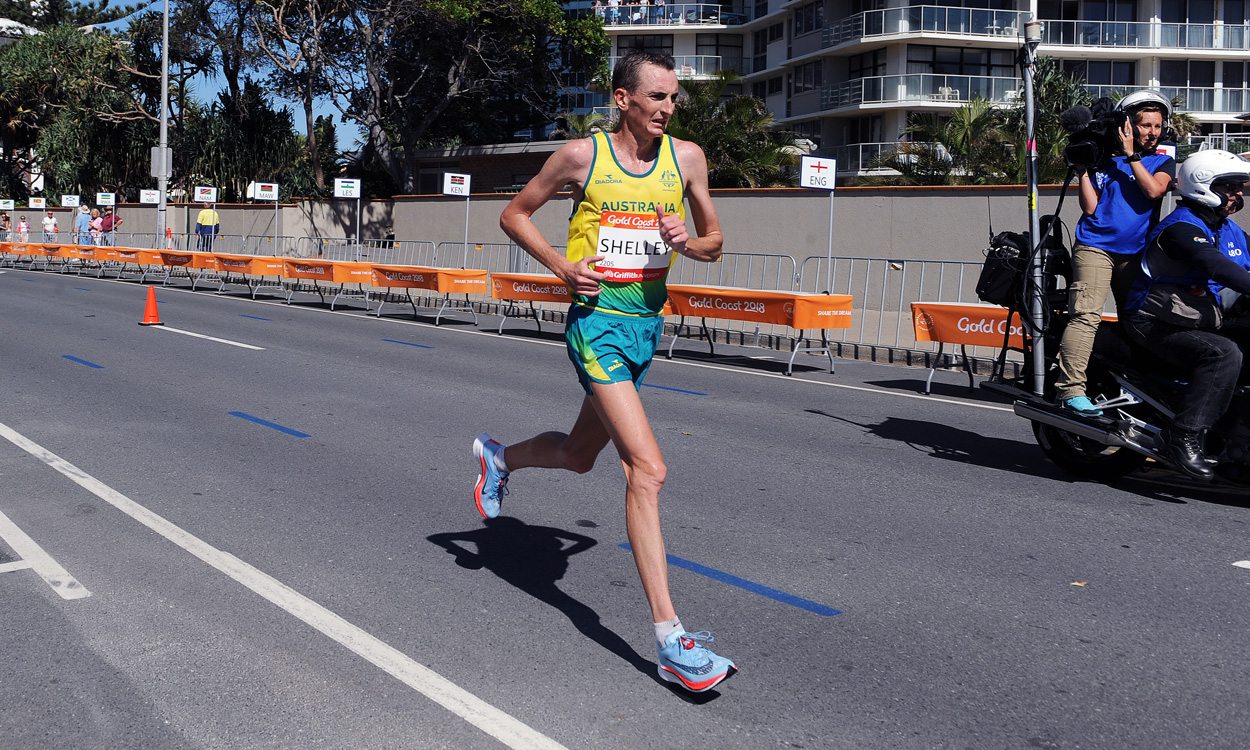 Australia’s Michael Shelley retained his Commonwealth marathon title on a hot morning on the Gold Coast, but there was heartbreak for Scotland’s Callum Hawkins as he suffered a distressing collapse while on his way to what looked set to be a dominant victory.

Fans watching around the world took to social media to call out for someone to help the world championships fourth-placer after he first weaved across the course and then fell heavily to the kerb with just two kilometres of the race remaining, as medical support took a few minutes to get to him.

Team Scotland later confirmed that Hawkins had been taken to hospital for medical review “as is standard procedure”.

The statement added: “He is being supported by Team Scotland medical staff and there are no major concerns at this stage.”

A further update read: “We are very pleased to report that Callum is sitting up and speaking with his Dad and Team Scotland medical staff. He is undergoing further tests as a precaution and we all wish him a speedy recovery.”

Reports were that Hawkins had initially refused medical treatment after falling a first time, for fear of disqualification.

Even though he had already fallen and was weaving over the road, Hawkins still reached 40km with a more than two-minute lead ahead of Shelley but he couldn’t recover from his second collapse on Sundale Bridge. The Australian went on to claim victory in 2:16:46 ahead of Uganda’s Munyo Solomon Mutai in 2:19:02.

Hawkins’ team-mate Robbie Simpson had been working his way through the field and he punched the air as he crossed the finish line, his time of 2:19:36 securing the bronze ahead of Northern Ireland’s Kevin Seaward with a time of 2:19:54.

The temperature was 27 degrees at the end of the race, with a total of seven runners from a field of 24 failing to finish.

“I’m absolutely delighted to get the bronze but I’m disappointed for Callum who couldn’t make it to the end because he was going so well,” said Simpson. 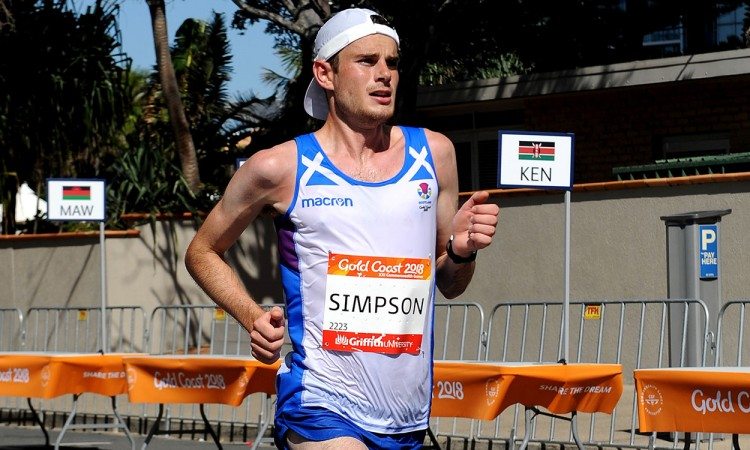 “I just tried to run a smart race and come through and in the end I managed to do it, but it was really tough.

“I’ve spent the last four weeks with Callum and he’s been great for me, giving me confidence and showing me how the best guys prepare so I learned a lot. It got me going – when I was half way round and they said Callum was in the lead, I was thinking ‘I want to get to the end’ so I could be part of the Scottish team and do the whole team proud.”

He added: “When I saw him lying there, I wanted to stop and see if he was all right, but at the same time I wasn’t feeling that great myself. I was thinking I needed to get to the line before the same thing happened to me, and try and hold on to a medal.”

Securing gold in front of a home crowd was “special”, Shelley said, but he also struggled with the conditions.

“I just tried running my own race,” said the 34-year-old, who also claimed Commonwealth marathon silver in 2010. “I got the sponges every two kilometres, made sure I got my drinks and tried to push on the best I could.

“I saw him (Callum) on the Sundale Bridge and thought ‘Oh s***’ and just tried to hang on. When I was coming down the home straight I tried to accelerate but I was just gone. I’m glad to be finished to be honest.

“The support from the crowd was amazing. I’m a born and bred Gold Coaster. I live here and train here all the time.”

Also in action on the Gold Coast was Guernsey’s Lee Merrien, who placed eighth with 2:24:10, while Welsh duo Andrew Davies and Josh Griffiths were 11th and 15th respectively. 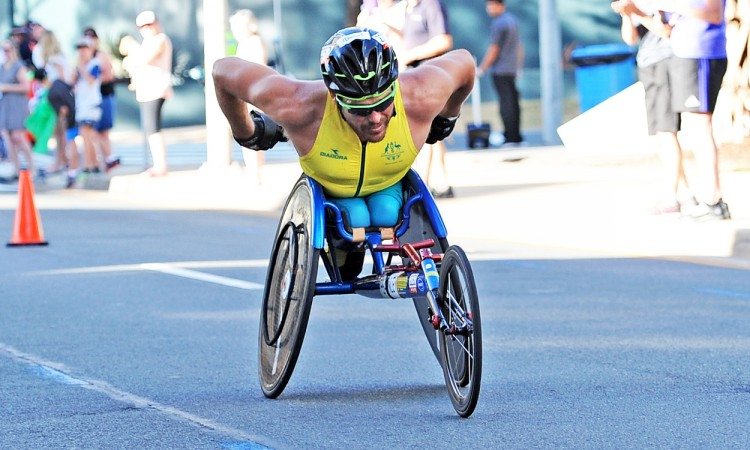 The 37-year-old’s international career came to a close with a time of 1:30:26 to win by over a minute ahead of John Smith and Simon Lawson, who claimed two medals for England.

“If you want it, you have to work for it,” said the winner, who also secured 1500m silver on the Gold Coast. “I was lucky I got a bit of a break at the 4km mark, but that’s not to say I wasn’t working. You’ve got to be fierce and that was as fierce as I’ve ever been.”

On his retirement plans, he added: “Eight years ago I knew that this was going to be my last race for Australia and that has never wavered, even last night lying in my bed. I’m going to race marathons until they bury me in a gutter, but I’m not going to push that hard again.”

Fearnley had gone straight to the fore and led through the half way point in 42:59, a minute and 10 seconds ahead of the chase group featuring Smith, Lawson and Canada’s Tristan Smyth.

He had increased that margin by a few seconds by the finish, with Smith winning the sprint for silver as he recorded the same time as Lawson in bronze.

Smyth was fourth in 1:31:44, while Callum Hall – team-mate of Smith and Lawson and husband of women’s T54 marathon bronze medallist Jade Jones – placed seventh with 1:37:36 on his senior championship debut.

“I came here for a gold, I settled for silver, but I’ve promised the world I will be the best in the world,” said Smith.

“There’s only three men left on the planet who I have to beat, and all three of them are in London (Virgin Money London Marathon) next week. So I’m coming hard! I mean it, trust me, I’m coming with everything I’ve got.”

Lawson said: “We ran out of a bit of room towards the end but two English athletes getting second and third, you can’t ask for much more than that really. I’m happy with that. It’s my first major medal.”