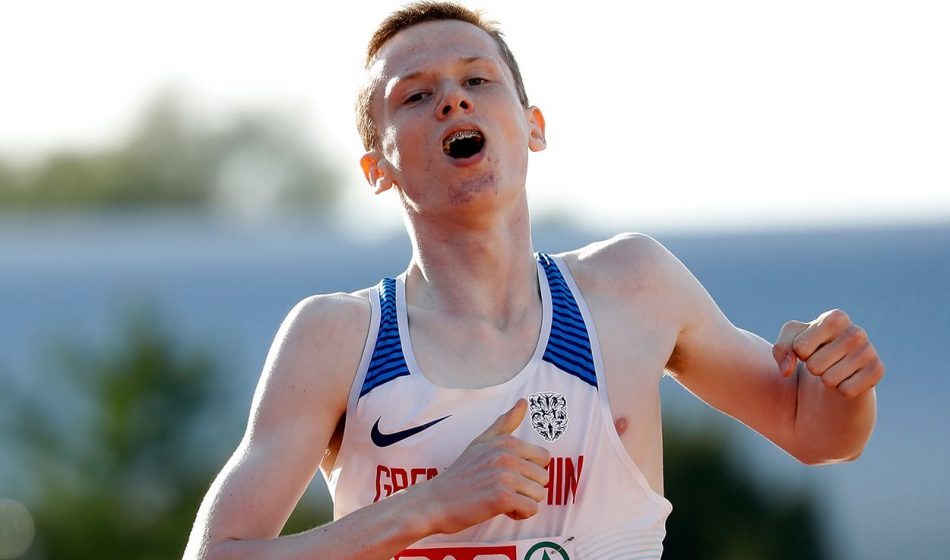 Max Burgin was among the winners on the final day of the European U18 Championships in Gyor, Hungary, where the British team topped the medal table for the second consecutive edition.

With six gold medals, two silvers and a bronze, Britain finished ahead of Italy and Germany at the end of the four days of competition.

“I didn’t know I had that time in me but now that I do, hopefully in a time trial race I can go even faster,” said the winner. “We’ll have to see but I’m really pleased with the result. It is a cliché but it is a dream come true.”

On his front-running tactics, Burgin, who had led through 400m in 52.68, said: “It was the safest thing for me. I just ran my absolute hardest.

“I left everything on the track and fortunately that was enough. I think I saw the splits at 500m but that’s about all I can remember. I wanted to go through in around 52 or 53 seconds, that was going to be perfect for me.”

One of the best front running displays you will see all season!

Max Burgin, 16, took it out hard from the gun and won it from the front, crossing the finish-line in the 800m in a lifetime best and championship record of 1:47.36. pic.twitter.com/Uk0KC1KX6D

Bronze went to Poland’s Klaudia Kazimierska with a time of 4:22.90.

Karl Johnson’s British under-18 record-breaking performance bagged him bronze in the 400m hurdles as he clocked 50.90 in a thrilling final.

The race was so close that France’s Martin Fraysse and Hungary’s Daniel Huller were declared joint champions with their time of 50.63.

Norway’s Martina Hjornevik got gold in the 100m hurdles, clocking 13.26 as GB’s Marcia Sey finished fourth. After a strong start, Sey clocked 13.44 as she hit the final hurdle, while her 15-year-old team-mate Lucy-Jane Matthews was fifth in 13.45.

Russia’s Aleksandr Komarov – competing as a neutral athlete – won the decathlon title with 7703 points ahead of Latvia’s Olegs Kozjakovs with 7663. GB’s Jack Turner was sixth with 7258 – a points tally which betters the British best score but with some wind-assisted marks – and Oliver Thorner was 12th with 6982.

More from the final day of European U18 Championships action, which saw Spain’s Maria Vicente complete a heptathlon and triple jump double, can be found here.