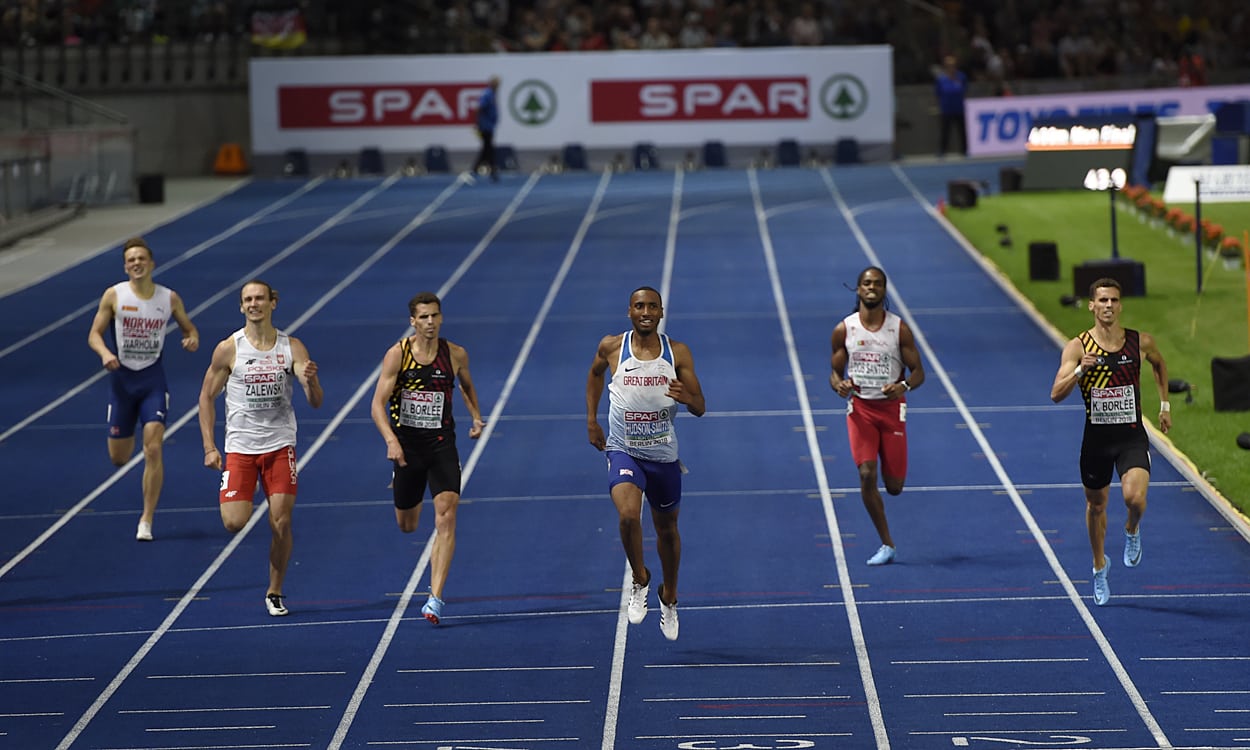 Matthew Hudson-Smith added European 400m gold to Great Britain’s growing medal tally on a remarkable night of action in Berlin’s Olympic Stadium which was rounded off by Norwegian teenager Jakob Ingebrigtsen underlining his credentials as an athletics superstar in the making.

In the one-lap event, Hudson-Smith had looked like he was in form to threaten the British record of 44.36 set by Iwan Thomas in 1997, having eased down over the closing stages when running 44.76 to win his semi-final.

The national mark survives for now, with the 23-year-old clocking 44.78, but his delight was clear at winning the first major individual title of his career.

The fluidity and ease of that qualifying run was not there in the final 50 metres but it was still a convincing win to hold off the attentions of Belgium’s Borlee brothers, who finished second and third in 45.13 and 45.19 respectively.

“I got to the last 50m and my legs had gone!” said Hudson-Smith, a world 4x400m relay medallist and 2014 European silver medallist. “That was crazy; I will never do that again. It feels amazing, but oh my god that lactic – it hurt. But a win’s a win and I’m just happy I got it.

“It was about the win. The record is going to come. It’s just a matter of time. It’s not an ‘if’ it’s a when. And I did push for it but I wanted the victory more and I got that. It’s all that matters.

“I paid for the semi-final a little by today but it proved there’s a big time in there – everyone knows I can do it.”

The climax to the evening came shortly afterwards in the highly-anticipated 1500m contest featuring the three Ingebrigtsen brothers – Henrik, Filip and Jakob – as well as a British trio of Jake Wightman, Chris O’Hare and Charlie Da’Vall Grice.

It was the 17-year-old who has left the athletics world stunned by the manner of his recent performances who came out on top in what was undoubtedly a huge statement, becoming the youngest ever European champion in any discipline.

He deposed his elder brother Filip as continental champion by winning in a time of 3:38.10 and, while there had been talk before the race about a potential Ingebrigtsen 1-2-3, Poland’s world indoor silver medallist Marcin Lewandowski charged through late for silver in 3:38.14, while Wightman added European bronze to the Commonwealth third place he ran earlier this year, clocking 3:38.25. 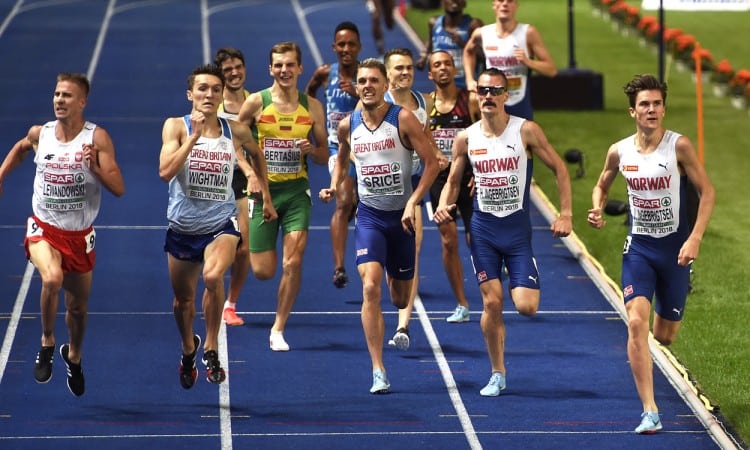 A fascinating race could have gone any number of ways over the closing 50 metres but Henrik Ingebrigtsen, the eldest of the three siblings competing in the German capital, was fourth in 3:38.50, Da’Vall Grice fifth with 3:38.65 and O’Hare faded to ninth in 3:39.53.

Filip Ingebrigtsen’s defence of his title surprisingly ended with him in 12th after clocking 3:41.66.

At the last four European Championships, Henrik Ingebrigtsen had finished first then second and then third, before his fourth place this time. Between the three brothers, they have won five medals in the last four championships and a different sibling has won in three of the last four.

“I hadn’t realised which one of the Ingebrigtsen brothers had won,” admitted Wightman. “I hadn’t seen who was coming behind me until the last lap. Running alongside the three of them is absolutely unbelievable.

“They train together, they know each other really well, you can never guess what they’re going to do. Tactictally, they are very, very sharp.

“This was definitely an question of being patient and every championship I learn something new about myself. I need to start thinking about the World Championships next year.”

There had been a British medal hope in the 110m hurdles in the form of world and European indoor champion Andrew Pozzi. However, the British champion has not been able to transfer his indoor form into outdoor success and, despite a season’s best of 13.28 in the semi-finals, he came sixth in 13:48 (0.0).

Britain’s David King ran a season’s best in the semi-finals but his 13.55 for sixth place didn’t see him progress.

Poland’s Adam Kszczot, aiming for his third straight European title, qualified fastest for the 800m final in 1:46.11, ahead of Sweden’s Andreas Kramer (1:46.14). None of the three British semi-finalists will be joining them, however. Guy Learmonth (1:46.83) and Daniel Rowden (1:46.98) did not make it through from heat one while national champion Elliot Giles looks out of sorts in finishing seventh in heat two with 1:47.40.