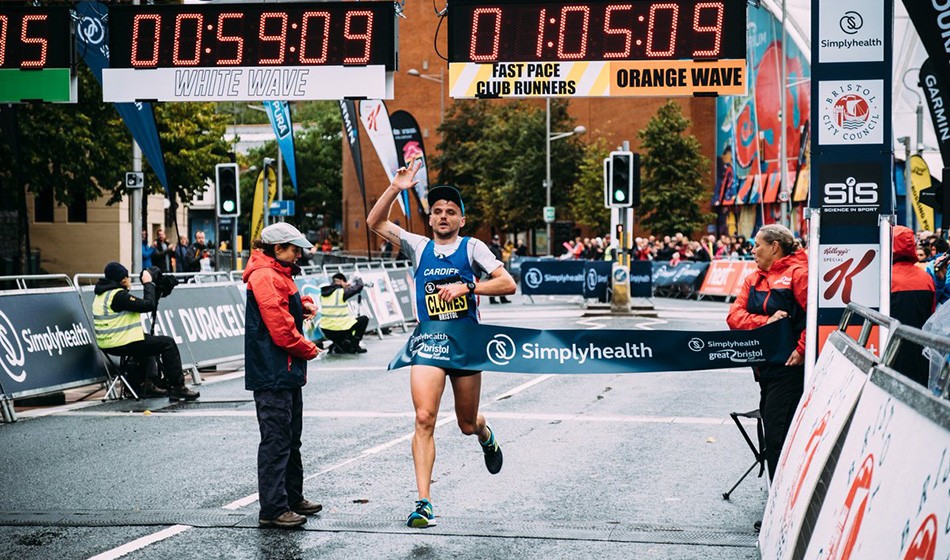 Highlights from events both in the UK and overseas, including the Dam tot Damloop, Self Transcendence 24 Hour Track Race and more

A round-up of area road relays action can be found here (Midland and Welsh) and here (South and North), while other recent highlights include the following:

Despite challenging conditions, an estimated 10,000 runners took part to beat the wind and rain of Storm Bronagh.

Matt Clowes of Cardiff AAC won the men’s race in 65:10, followed by Tom Merson of Exmouth Harriers in 69:34. Clocking 69:51 for third was Matthew Rees, the Swansea Harriers runner who famously assisted a fellow athlete over the line at the 2017 London Marathon.

Wales was also well represented in the women’s race where Clara Evans of Cardiff AAC took first in 76:26. Charlie Arnell from Torbay Athletics Club came second in a time of 77:28 and Marta Bagnati of Serpentine Running Club was third in 78:38.

Israel’s Lonah Salpeter and Uganda’s Joshua Cheptegei claimed victories in wet weather, clocking 50:45 and 45:15 respectively for the 10-mile course from Amsterdam to Zaandam.

Both athletes bettered the 245km distance that has been used by British Athletics as a benchmark to be considered for individual selection for GB teams.

Also in action was 85-year-old Geoff Oliver of Hinkley AC who remarkably set no less than eight world age-group records.

See the next edition of AW magazine for more on Oliver’s record-breaking feat.

With thanks to Adrian Stott for info.

» Further coverage and results in the September 27 edition of AW