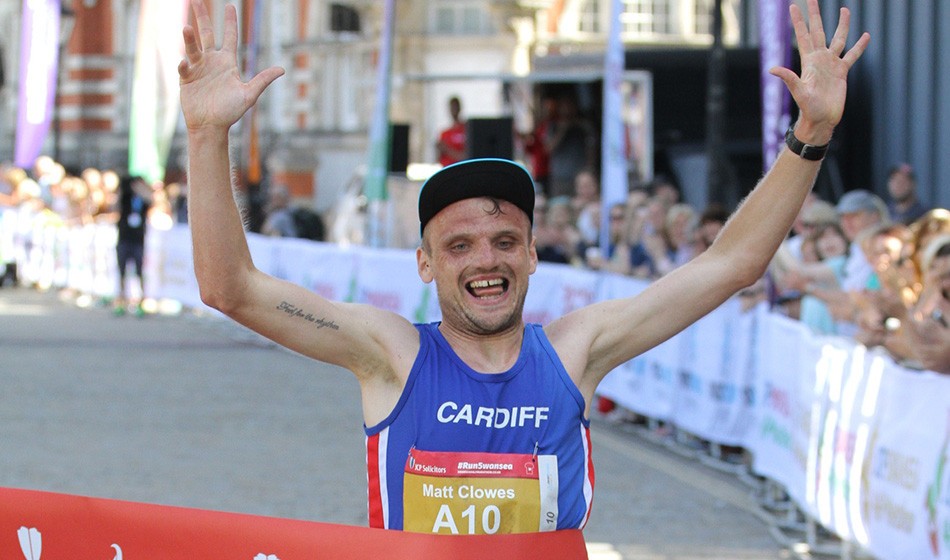 Matt Clowes and Tracy Barlow are set to defend their titles at the JCP Swansea Half Marathon this Sunday, writes Alex Donald.

Clowes is a regular competitor who has become a stalwart of the local running scene in South Wales. The Cardiff man stormed home in 64:43 last time to rewrite the previous course record of 64:49 set by multiple Welsh champion Dewi Griffiths in 2015.

He was relatively untested last year despite 2017 British marathon champion Josh Griffiths coming home as the runner-up on the course which remains unchanged this year.

Sunday’s race will again see a contest between the pair where Clowes may have the upper hand following victory over Swansea Harrier Griffiths at the Speedway 10km near Chepstow last weekend.

Griffiths does have more proven half-marathon form to his name this time, however, following a dip under 65 minutes for the first time at February’s eDreams Barcelona Half Marathon while on Welsh team duty.

Barlow will return to Wales’ second city on Sunday and had commented 12 months ago that the course suited her and that she prefers warmer weather, so the promised warm conditions could suit her.

Barlow has proven pedigree with a 72:18 half-marathon best to her name, set at the Commonwealth Half Marathon Championships in Cardiff back in October. The Thames Valley Harrier is also a seasoned Great Britain & Northern Ireland international, most recently representing the team at the European Championship marathon in Berlin last August.

Natasha Cockram will add some local flavour on Sunday. The Micky Morris Racing Team athlete has a marathon best of 2:34:39 from the Chevron Houston Marathon at the start of the year. Her half-marathon PB of 77:53 is due to be amended and this could happen on the flat and fast course along the Swansea coastline.

Charlotte Taylor-Green of Bristol & West AC has a 75:46 clocking to her name, with Alaw Beynon-Thomas of Swansea Harriers and Hayley Munn of Rugby & Northampton AC also racing and also sub-67 minute performers at their best.