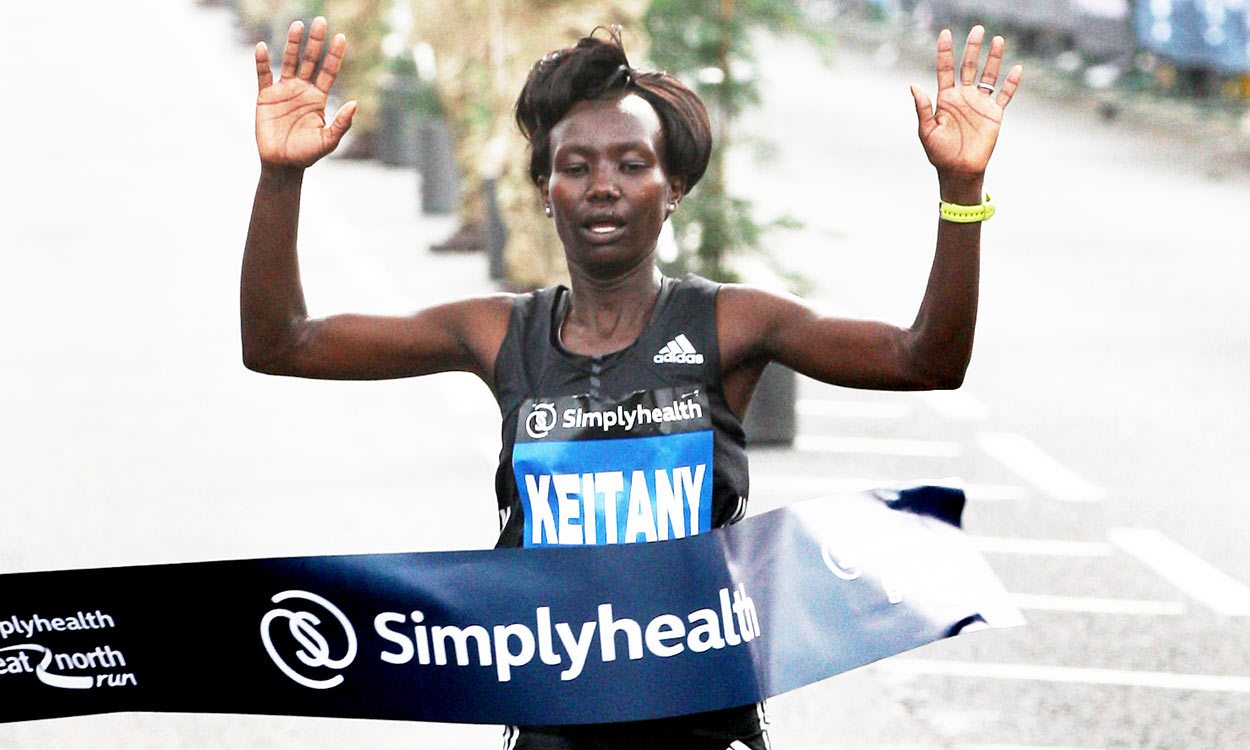 Great Birmingham 10k winner Caroline Kipkirui was third in 69:52 as Kenyan athletes not only filled the top three spots but had the first five finishers, with Magdalyne Masai and Betsy Saina next over the line in South Shields.

“It was great for me to win for the third time,” said Keitany, who was using the event to test herself ahead of the TCS New York City Marathon in November.

“It was not easy but I tried my best. It was windy and because I was alone, I thought I might be disrupted with the wind but I am really happy to cross the line being first.”

Masai might have just missed out on the podium, but her race day will remain memorable for another reason as she was greeted at the finishing line by her partner Jake Robertson – runner-up in the men’s race – who then proposed. Masai said yes.

Gemma Steel was the top British athlete, finishing behind the five Kenyan runners with 71:32 for her fastest time of the past couple of years.

Lily Partridge was seventh in 72:10 and local favourite Alyson Dixon eighth in 72:29.

“I really enjoyed that,” said Steel. “I felt like I was in good company at the end with Betsy Saina and I think I ran a good race. I didn’t go off too fast.

“I was quite surprised – it has been ages since I’ve been under 72 minutes,” added the 2014 Euro Cross champion, who has a half-marathon PB of 68:13 from that same year. “It’s not quite where I used to be but it’s getting there.”

While Keitany is working towards a 26.2-miler in New York, Britain’s Sammi Kinghorn is another targeting an autumn marathon and the double World Para Athletics Championships sprint champion clocked 52:47 on her half-marathon debut.

She placed second in the women’s wheelchair race behind Switzerland’s Manuela Schar as she continues her preparations for the Bank of America Chicago Marathon.

Schar broke the course record with 48:43.

» A report on the men’s race, which Mo Farah won for the fourth consecutive year, can be found here, while the September 14 edition of AW magazine will include in-depth reports, pictures and results