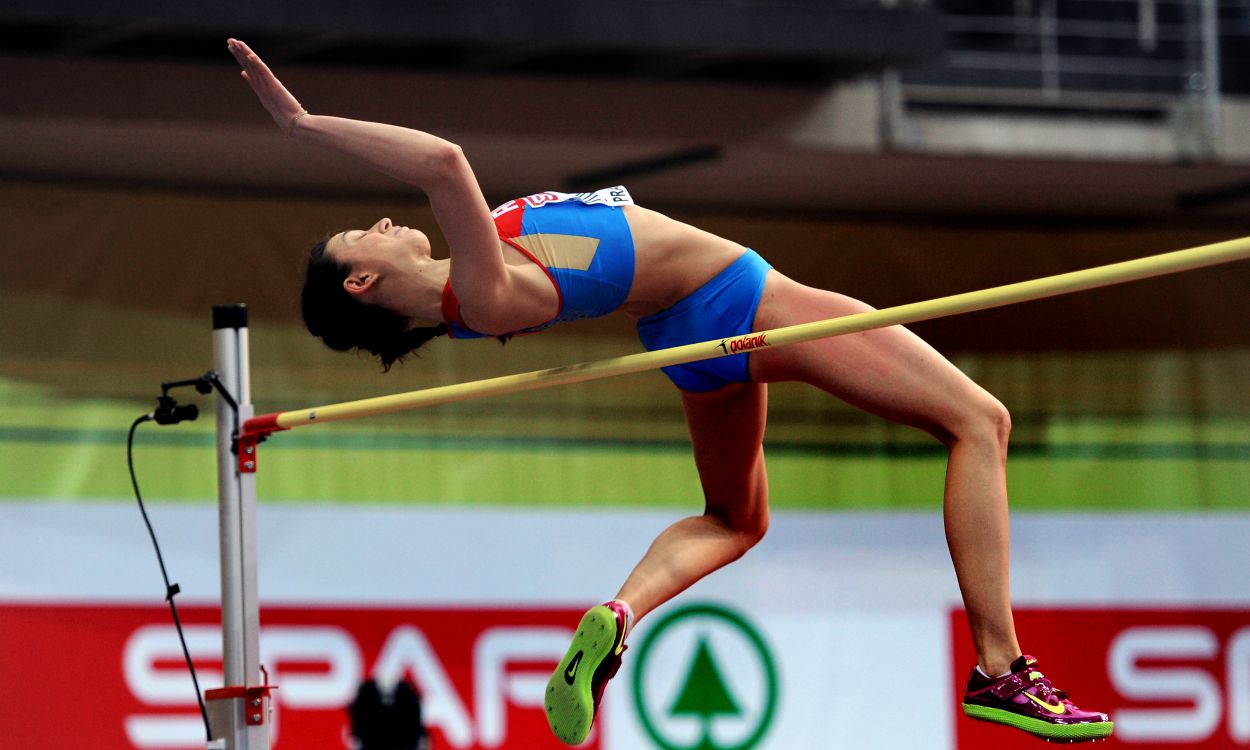 With Anna Chicherova in third, it meant Russia took gold and bronze as Kamila Licwinco of Poland finished fourth and Ruth Beitia of Spain fifth.

Kuchina is the reigning world and European indoor champion but in Beijing she bounced back from a poor 12th place at the European Under-23 Championships in Tallinn last month.

In the Bird’s Nest stadium she rose to the occasion to equal her best ever height as she saw off the challenge of Vlasic.

All three medallists failed at 2.03m, but Kuchina had a faultless run of clearances from 1.88m to 2.01m whereas Vlasic paid dearly for failing her first try at 1.92m.

Marina Arzamasova of Belarus added the world 800m gold to her European title when she clocked 1:58.03 to out-sprint Melissa Bishop of Canada and Eunice Sum of Kenya.

In fifth, Shelayna Oskan-Clarke produced a fine performance for Britain as the 25-year-old smashed the two-minute barrier for only the second time in her life.

Oskan-Clarke came into the championships with a best of 2:00.60 but she shattered that time with 1:58.86 in her semi-final and backed it up with 1:58.99 as she ran a smart race hugging the kerb most of the distance.

Sum had led through the bell in 59 seconds but the 2013 champion was passed by Arzamasova before the final bend and the Belarusian was too strong in the home straight as Sum struggled to get back on terms while Bishop finished fast on the inside to take silver.

Oskan-Clarke’s run will delight clubmates at Windsor, Slough, Eton & Hounslow and also her coach, Ayo Falola, who is sadly suffering from terminal cancer.

In the women’s 4x100m, Jamaica took gold in a championship record of 41.07 as Great Britain improved the national record to 42.10 in fourth place.

Shelly-Ann Fraser-Pryce anchored Jamaica to the title in front of the United States and Trinidad & Tobago – the latter also setting a national record of 42.03 as the US clocked 41.68.

Asher-Smith told BBC: “Each one of these girls – and ones at home and at the warm-up track – motivate us. There is such a good vibe. Everyone wants to do well and wants to work hard.”

» More in the September 3 issue of Athletics Weekly magazine