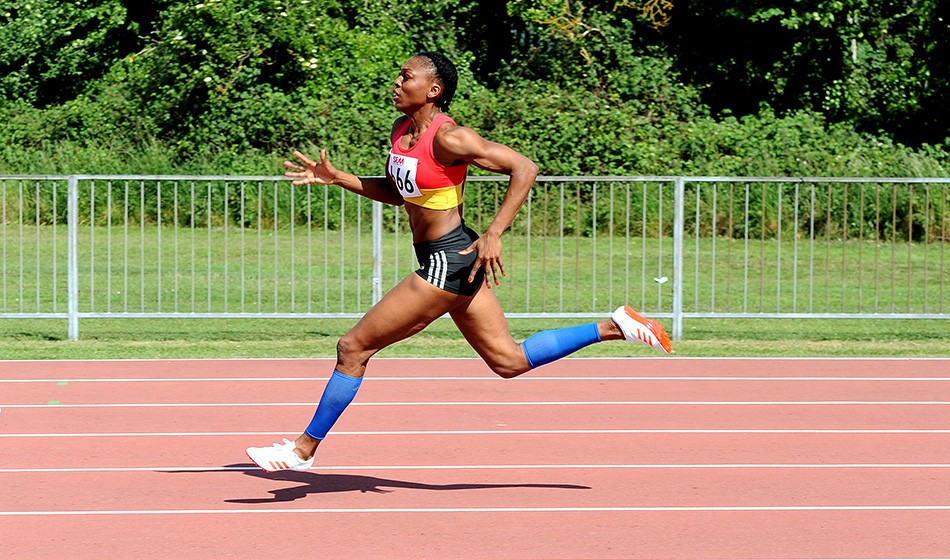 Highlights from the South, Midlands and North of England Championships

Olympians Margaret Adeoye and Martyn Rooney were in action at the South of England Senior and Under-20 Championships in Bedford this weekend, where good weather led to plenty of PBs, Paul Halford reports.

Adeoye fought off the faster-finishing Phillipa Lowe to win the 400m in 53.47 – exactly a year to the day since her last competition.

The Enfield & Haringey athlete, who ended her 2018 season early to try to sort out ongoing Achilles problems, enjoyed a good start but was almost caught by Lowe, who clocked 53.50.

Three-time 400m Olympian Rooney put in some early-season under-distance work in the 200m, clocking a legal 21.88 to win his heat and then a windy 21.77 to win his semi-final. He didn’t take his place in the final, won by Edmond Amaning in 20.97.

Had a great time running some 200m’s at the South of England’s today, nothing quick unfortunately but two wins (yay). Disappointed I won’t be contesting the final, 👴🏼 hips have seized up! It’s a shame they can’t bump someone up to take my place. On to the next one!

European U18 champion Dominic Ogbechie took a tightly-fought under-20 high jump with a best of 2.10m. The multi-talented athlete, who has run 21.52 for 200m, also has the standard for the European U20s in Boras in the long jump and will do both events at the trials back here in Bedford later this month.

A top-quality under-20 women’s triple jump saw the championship record broken twice. Eloise Harvey, who had won the long jump the day before with a PB of 6.10m, recorded 12.87m for another lifetime best. That fell just 0.13m short of the qualifying mark for the European U20 Championships, although her record was surpassed in round four by Italy’s Mame Snow’s 12.92m.

Frankie Johnson, who already has the standard for Boras under his belt, found 5.00m enough for the under-20 pole vault win.

Winner Lucy-Jane Matthews and Marcia Sey both went under the Boras standard in the 100m hurdles, although the 13.60 time they shared was wind-assisted.

Craig Murch notched up his fourth successive Midland hammer championship with a first-round effort of 67.92m but, in damp conditions, subsequent throws were of the same order but nothing close to his 71.16m from Loughborough earlier in the year, Martin Duff reports. 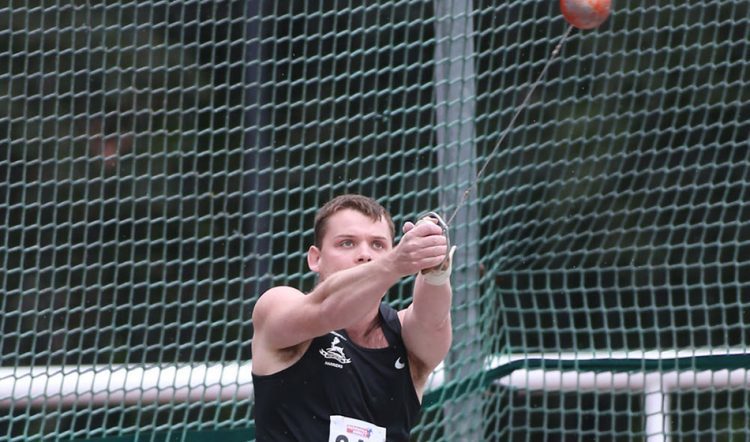 Photo by by David Griffiths

After that early Sunday effort, the rains came to hamper subsequent events, but it was warm and windy on the opening Saturday.

Former European U23 discus champion Eden Francis was lucky that there were not many entries in her senior championship. The 30-year-old had three no-throws before getting into her stride en-route to a 51.91m final fling.

Danielle McGifford fell a tenth of a second shy of completing a unique sprint triple at the North of England Championships, Jacob Phillips reports. 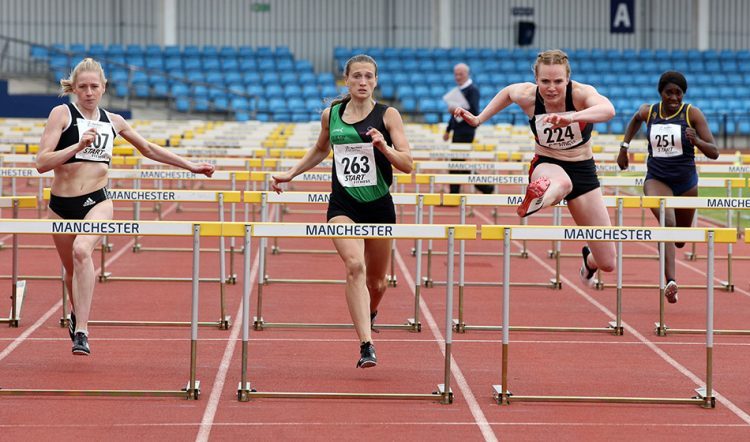 However, after winning four races across Saturday and Sunday morning, McGifford fell just short in the 200m final, finishing in 24.50 to Wyper’s 24.36.

Heptathlete McGifford’s success, which includes previous titles in both the English Schools heptathlon and long jump, reflects the current depth in British heptathlon.

Sale Harriers’ Andrew Robertson also came close to completing a sprint double. Robertson took gold in the men’s 100m (10.41) before taking silver in the 200m (21.12) behind club-mate Connor Wood, who clocked 20.97 to win.

In the field events, Vizamuje Ujaha took gold in the high jump, being the only man to jump 2 metres, while Abby Ward won the women’s event in 1.75, edging out Emily Borthwick who jumped the same distance.

Other field events were much more competitive. Amy Hodgson and Micaela Brindle were separated by just 2 cm in the women’s long jump. Hodgson’s 5.85m was just enough to outdo Brindle’s 5.83

Notable results in the under-20 championships included Dan Preston’s 1500m in 3:55.28, while Rory Keen ran 54.52 in the 400m hurdles to run nearly two seconds clear of the rest of the field.

The women’s junior 100m final was won by Leonie Ashmeade in a photo finish with Hannah Kelly as both ran 11.79.