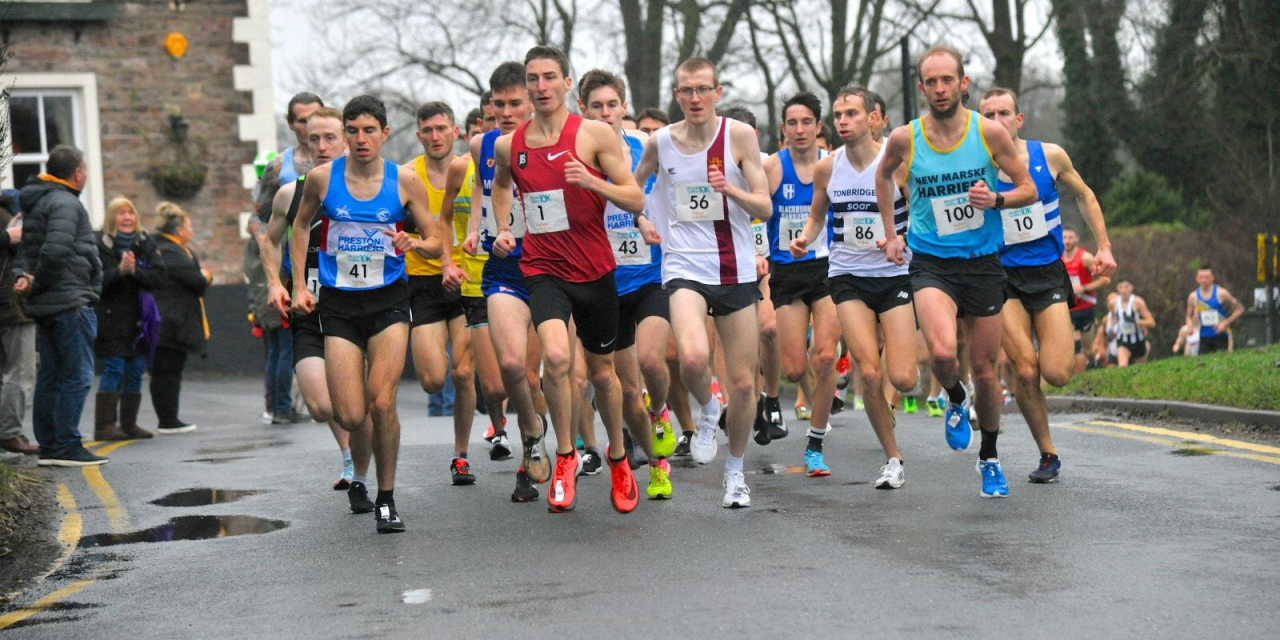 Recent results highlights include Scott and Potter’s course records in Lancashire and Wanders’ 27:25 10km in France

The 2018 Ribble Valley 10K, incorporating the North of England Championships, took place in ideal conditions around the picturesque roads of Clitheroe in Lancashire and produced one of the fastest 10km road races of the year in the UK, Tony Wood reports.

Scott (pictured above, race number 1) had much company in the early part of the race including Jonny Mellor, Patrick Dever and Carl Avery along with five others, all of them eventually dipping under the 30-minute barrier.

Scott of Richmond & Zetland Harriers took Mellor’s course record to retain his title with a fantastic 28:58, just one second off his PB, as he pulled away around 4 miles. The chasing Mellor of Liverpool Harriers took second place with 29:19 and Dever from Preston Harriers ran a personal best of 29:24 for third.

Young 17-year-old Rory Leonard took the junior prize with an excellent 30:39 for 12th place and Mellor led his club to the Northern team title.

There was also a classy women’s line-up, with runner-turned-triathlete Potter breaking Helen Clitheroe’s long-standing course record with a PB of 32:07 for the fastest women’s 10km time at any 10km race held in the UK during 2018.

Her fellow GB internationals Jessica Judd from Blackburn Harriers in her debut 10km and Gemma Steel of Charnwood finished in second and third place with 32:42 and 33:53 respectively.

Switzerland’s Julien Wanders smashed his own European 10km record, retaining his title with his time of 27:25.

The 22-year-old had broken the European record in Durban in October with 27:32 and improved that further after leading for much of the race.

He was four seconds inside European record pace with his time of 2:41 for the first kilometre but Ethiopia’s Berehanu Tsegu took over at the front as the three kilometres mark was passed in 8:12.

The leaders went through half way in 13:47 before Wanders picked up the pace and pulled away with Tsegu sticking with him.

Jimmy Gressier was the first French athlete, finishing seventh in a national under-23 record of 28:13.

Ethiopia’s Gete Alemayehu won the close women’s race in a course record and PB of 31:12 ahead of compatriot Helen Tola with 31:13.

Kenya’s Susan Jeptoo was third in 32:34, while Poland’s Karolina Nadolska was fourth in 32:44. Ophelie Claude-Boxberger was the top French finisher in fifth with 32:50.

Triathlete Alex Yee clocked the second-quickest ever parkrun with a time of 13:57.