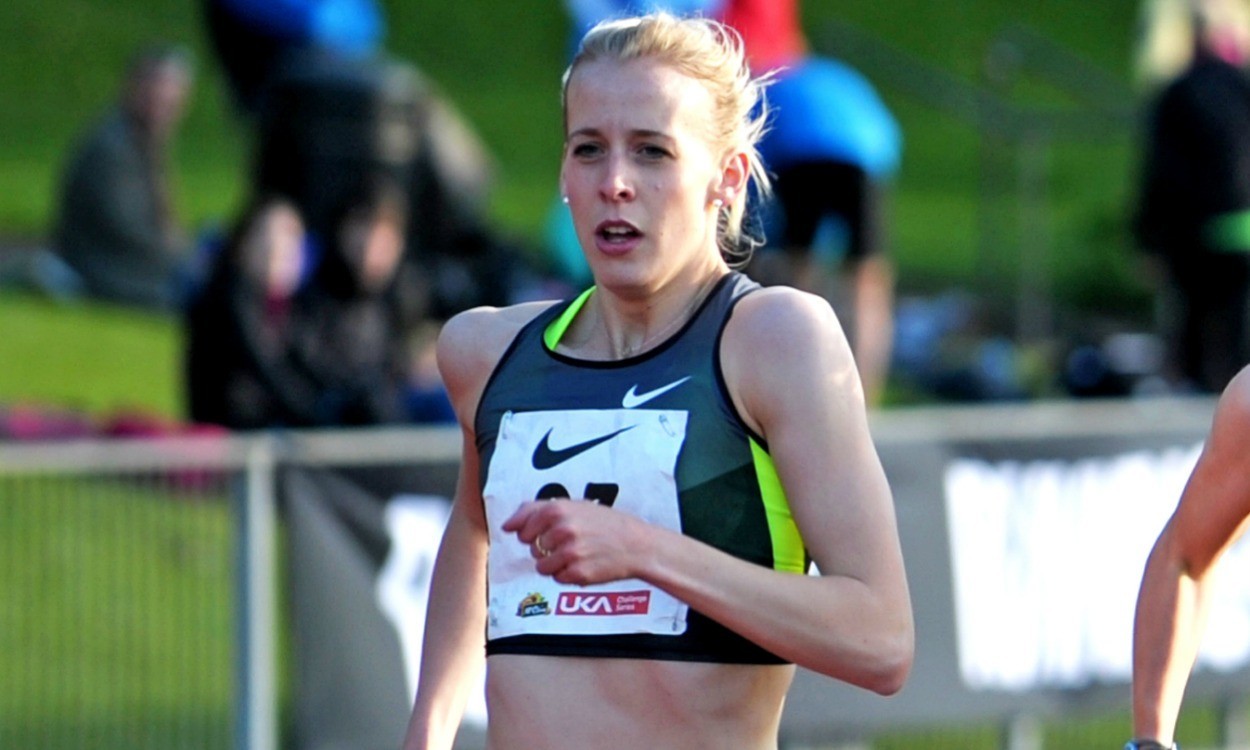 Lynsey Sharp ran her quickest 800m since 2012 at the BMC Grand Prix meeting in Manchester on Saturday, clocking 2:01.67 for ‘A’ race victory as she works towards the Commonwealth Games in Glasgow later this summer.

The European 800m champion, who missed the whole 2013 summer season through injury, ran 2:03.90 at the Watford BMC meeting earlier this month before improving to 2:02.42 in Belgium a week later and clocking her fastest time so far this season in Manchester.

Sharp delivered her renowned kick at around 600m at Sportcity and hung on for the win despite tiring in the closing stages.

“I love running at Sportcity, it is my favourite track as I set all my PBs here,” said Sharp. “I probably kicked too early and I really felt it in the last 50 metres. That was tough.”

Robert Needham broke 1:49 for the first time with a personal best of 1:48.19 for a clear win in the men’s race. He beat the likes of IAAF World Championships 1500m finalist Chris O’Hare who stepped down to the 800m but could only manage 1:51.47 for seventh.

“I really started to tie up in the last 200m as the other guys came barrelling by me and it was really hard to keep my composure,” said O’Hare. “To be honest I try and avoid 800m as I hate them.”

In the men’s 1500m, European junior champion Jake Wightman followed up his PB of 3:42.01 in Trafford earlier this month with another personal best of 3:41.40 for victory to better the Scotland qualifying standard for the Glasgow Commonwealth Games for the second time.

Charlene Thomas won a battle with Melissa Courtney in the women’s race as she clocked a 4:11.38 season’s best to Courtney’s PB 4:11.41, while Rachael Bamford smashed her personal best with 9:54.57 in the 3000m steeplchase to better her previous best of 10:24.43 and go inside the England ‘B’ standard for the Commonwealth Games. Sweden’s Daniel Lundgren won the men’s event in 8:50.54.

Former European indoor 3000m champion Helen Clitheroe won the 5000m in a season’s best of 15:24.40 to better the European Championships standard of 15:30.00 and go third in the UK rankings. Behind her, Laura Whittle also clocked a season’s best of 15:36.62 while Susan Partridge and Stevie Stockton both ran personal bests.

Over in Belgium and there was a huge 400m hurdles PB for Niall Flannery who clocked 48.96 to take more than half a second off his previous best and put him second in the European rankings. Sebastian Rodger finished second in 49.51 to also go well inside the European Championships standard of 49.80.

Also among the British athletes in action in Oordegem, Alison Leonard won the women’s 800m in a PB 2:01.81.

In Australia, Phillips Idowu managed his best result for a few years as he won the triple jump with 16.99m, while Chris Tomlinson achieved one of his best ever long jumps with a 8.23m victory in Germany.