London Marathon: Who, what and when? 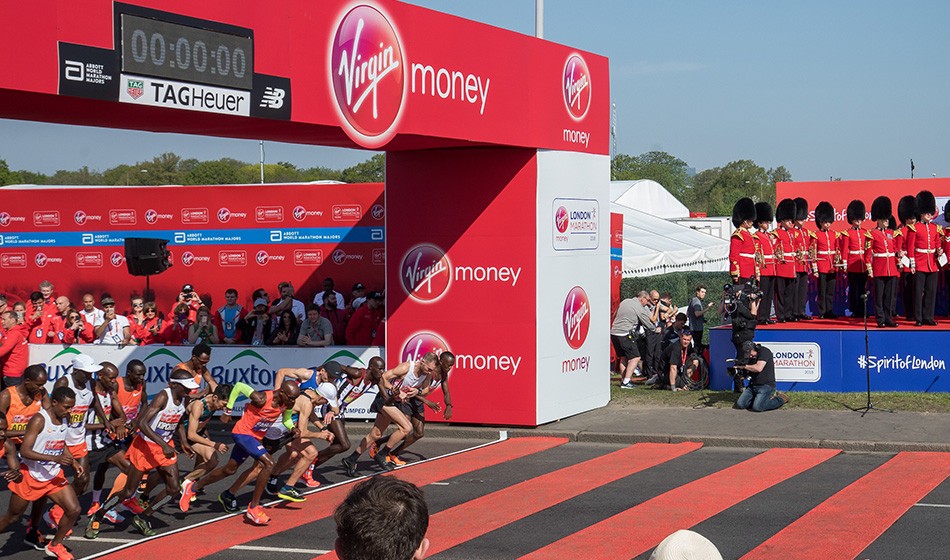 The elite fields for Sunday’s Virgin Money London Marathon are stacked. While it feels like we say that every year, the 39th edition of the iconic race in the UK capital really does take things up another notch.

While Eliud Kipchoge versus Mo Farah is billed as the big head-to-head in the men’s race, the line-up includes a total of seven sub-2:05 runners, plus former winner Daniel Wanjiru. World half-marathon record-holder Abraham Kiptum had also been due to race but he was provisionally suspended from competition on the eve of the event following an athlete biological passport violation.

The women’s field is even stronger with six athletes who have run below 2:20 and that’s despite the late withdrawal of three-time Olympic gold medallist Tirunesh Dibaba, who has announced that she is expecting her second child.

Six-time Paralympic gold medallist David Weir returns to take on the elite wheelchair race for the 20th consecutive time, aiming for his ninth victory, while Australia’s Commonwealth champion Madison de Rozario is also back to defend her women’s title. 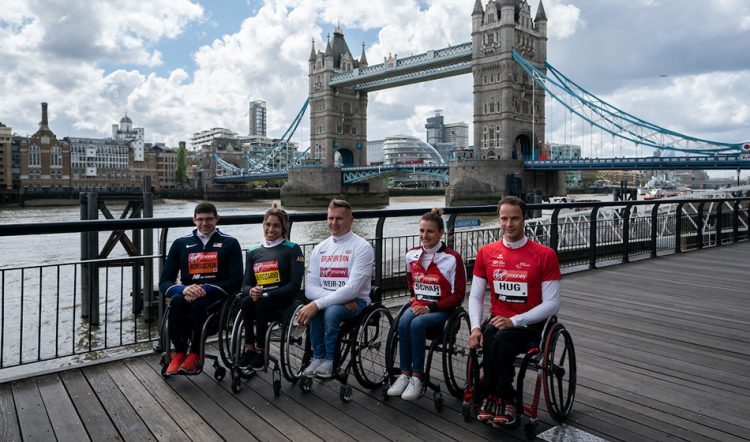 Switzerland’s Rio Paralympic marathon champion Marcel Hug and the in-form Daniel Romanchuk are among Weir’s rivals, with the 20-year-old American having added victory in Boston earlier this month to his wins in Chicago and New York last year. Switzerland’s Manuela Schär has won in Berlin, Chicago, New York, Tokyo and Boston and heads to the race in London looking to make it six wins in a row in the World Marathon Majors.

London is again hosting the World Para Athletics Marathon Championships and five medal events – including the two wheelchair races – are on the programme. Britain’s Derek Rae will be seeking further success in the T46 event after his World Cup victory last year, while para triathlete Charlotte Ellis makes her debut for British Athletics in the T12 class after running a PB of 3:25:55 in Manchester in 2018.

Alongside Farah, Weir, Rae and Ellis, other British athletes aiming to make an impact are Callum Hawkins, as he returns to marathon action for the first time since his dramatic collapse at the Gold Coast Commonwealth Games, and Charlotte Purdue, who like Hawkins has sights on the Doha World Championships and Tokyo Olympics.

For our full in-depth elite race previews, check out the April 25 edition of AW magazine, which also includes athlete profiles, a course guide, facts and stats, an interview with race director Hugh Brasher and a look ahead to the mini marathon and masters contenders.

Key contenders and ones to watch

(For our full lists, see the April 25 edition of AW magazine)

1 Eliud Kipchoge (KEN)
PB: 2:01:39
After his wins in 2015, 2016 and 2018, another victory in London would see the marathon great become the most successful elite male runner in the history of the event and continue his unbeaten record there. The 34-year-old hasn’t raced since his world record in Berlin and going by that performance, his 2:03:05 from 2016 might not remain the London course record for much longer.

8 Mo Farah (GBR)
PB: 2:05:11
The European record-holder warmed up for his third London Marathon by retaining his title at The Vitality Big Half in March, clocking 61:15 to beat his training partner Bashir Abdi and Daniel Wanjiru. The Briton has improved his marathon PB by more than three minutes since his debut 2:08:21 in the UK capital in 2014, with his performance in Chicago last year securing him a maiden major marathon victory. 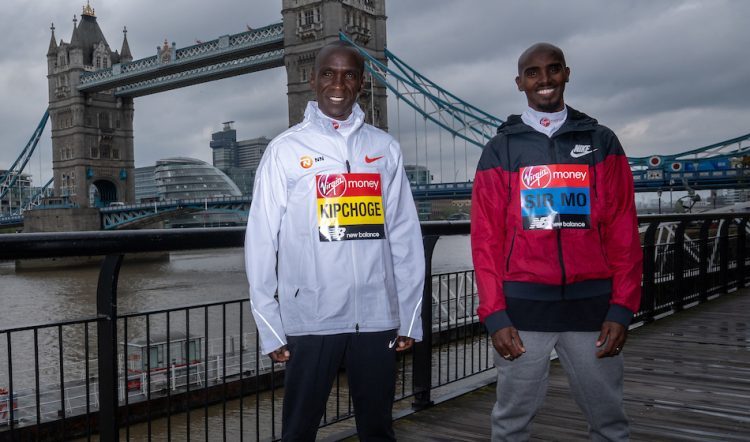 3 Mosinet Geremew (ETH)
PB: 2:04:00
The Ethiopian won last year’s Dubai Marathon in 2:04:00, beating his compatriot Leul Gebresilassie by two seconds, and went on to finish runner-up to Mo Farah in Chicago in October. The 2017 Berlin Marathon saw him finish third behind winner Eliud Kipchoge and his most recent result is a Lisbon half-marathon win in 59:36.

7 Shura Kitata (ETH)
PB: 2:04:49
He might only be 22 but the Ethiopian’s marathon CV already includes Frankfurt and Rome wins from 2017, plus a runner-up finish in New York in November after his second place between Eliud Kipchoge and Mo Farah in London. A half-marathon PB of 59:17 in Philadelphia in September was followed by a win in Houston in January.

13 Dewi Griffiths (GBR)
PB: 2:09:49
Ran a 2:09:49 marathon debut in Frankfurt in 2017 to move to second on the Welsh all-time rankings behind Steve Jones but has struggled with injury since. Returning to top form, he was just 11 seconds off his half-marathon PB with 62:44 in Houston in January and ran 63:17 to finish fourth at The Big Half as he continued his preparations for a marathon comeback.

15 Callum Hawkins (GBR)
PB: 2:10:17
The Scot returns to the marathon for the first time since his collapse at the 2018 Commonwealth Games, when he looked set to win before his fall with just 2km left. His CV so far is impressive, clocking 2:10:52 when debuting in London in 2016 which improved to 2:10:17 for fourth at the London 2017 World Championships the following year. The Olympic ninth-placer was due to run the Fukuoka Marathon in December but withdrew due to a hamstring niggle and ran 28:55 in Valencia in January for an official 10km PB, though the 26-year-old has clocked faster 10km splits as part of a half-marathon. 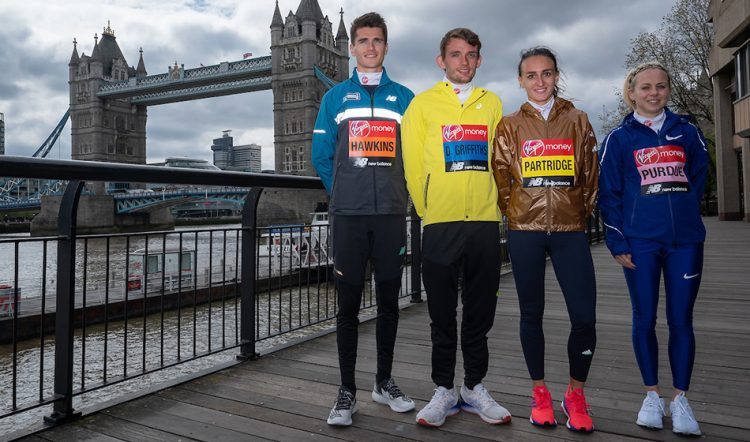 101 Vivian Cheruiyot (KEN)
PB: 2:18:31
The defending champion lies seventh on the all-time list with her time from 12 months ago when she passed Mary Keitany in the closing stages. Since making her marathon debut here two years ago with fourth, the reigning Olympic 5000m champion won in Frankfurt later that year and finished second in New York last autumn behind Keitany to show great consistency. She arrives here off the back of a half-marathon PB of 66:34 in Lisbon last month.

102 Mary Keitany (KEN)
PB: 2:17:01
When she took her third title here in 2017, she broke Paula Radcliffe’s record for a women-only marathon with 2:17:01. She struggled to fifth here last year after audaciously going below world-record pace for the first half, but she bounced back to claim her fourth New York Marathon title last autumn. The latter win secured her third World Marathon Majors series victory.

103 Gladys Cherono (KEN)
PB: 2:18:11
When winning her third Berlin Marathon title last September, she went to sixth on the world all-time list. Although making little impact globally until her thirties, the 35-year-old is making up for lost time since winning the world half-marathon title in 2014. Last year’s quickest female marathoner was fourth here last year, although her most recent race resulted in just a sixth place in the Houston Half in January.

105 Brigid Kosgei (KEN)
PB: 2:18:35
The 2018 Chicago Marathon champion comes into the race in great form, with a win in the Houston Half in January in 65:50 followed by one in Bahrain in 65:28. Last year’s London runner-up climbed into the all-time top 10 with her time in Chicago. With five wins and three seconds from her first nine marathons, she will be tough to beat. 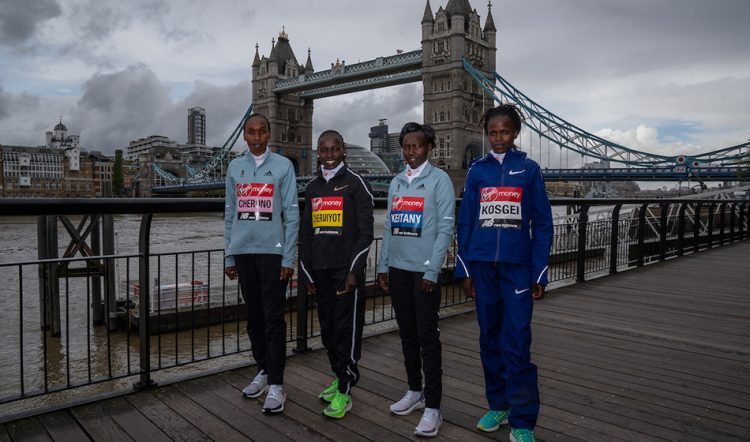 120 Charlotte Purdue (GBR)
PB: 2:29:23
The former junior prodigy at track and cross country has found her niche at this distance. She made her marathon debut three years ago here with 2:32:48 and improved to her current PB the following year. She set a PB of 69:46 in the Marugame Half Marathon in February and shortly afterwards won The Big Half in London.

121 Lily Partridge (GBR)
PB: 2:29:24
Last year’s UK No.1 achieved her PB when finishing eighth and top Brit in London last year. She was fifth in The Big Half, one of two 72-minute half-marathons for her this spring, although she should be in better shape if recent hip and glute problems subside. 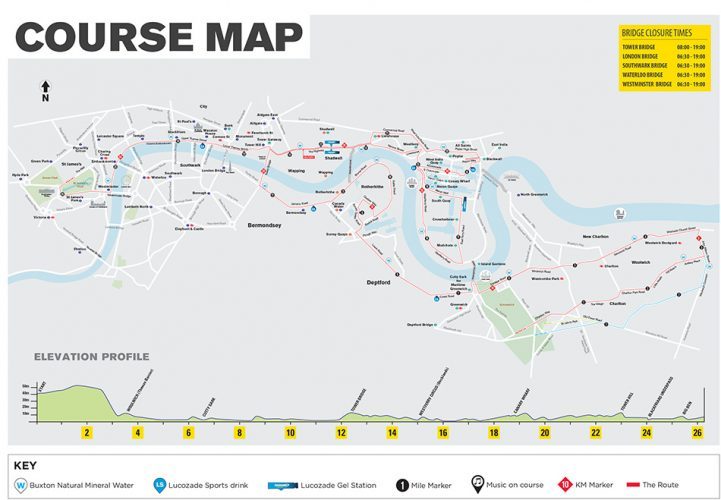 Check out our website and social media channels for updates, while our next magazine will feature in-depth coverage.

The official 2019 Virgin Money London Marathon App is available to download for iPhone and android.

Use it to access race day information as well as track runners and elite race split times, leaderboard positions and results.