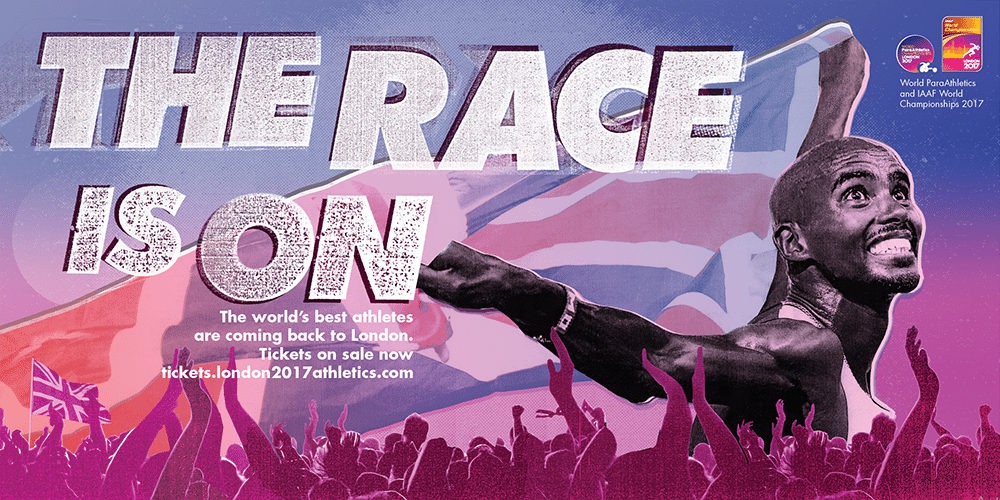 The world’s finest athletes come to The Stadium, Queen Elizabeth Park, next July and August and now everyone has the opportunity to buy tickets to see them.

Tickets have just gone on general sale for the IAAF World Championships taking place from Friday August 4 to Sunday August 13 and World ParaAthletics Championships from Friday July 14 to Sunday July 23. The ballot, which closes on August 29, 2016, will allow everyone a fair chance as oversubscribed events will be distributed randomly to applicants.

Two thirds of the tickets will cost £35 or less and child tickets for all sessions are priced at £9.58 – appropriately matching Usain Bolt’s world record for 100m.

Tickets for the opening night of the IAAF World Championships on August 4, which will include the men’s 10,000m final, in which Mo Farah could be defending his title, start from £35.

A family of four will be able to be in the stands for less than £45.

Adult tickets for the World ParaAthletics Championships, set to feature the likes of Jonnie Peacock and David Weir, start from £10 per adult and £5 per child.

London 2017 is the first time the two championships have been held in the same summer in the same city. Altogether 3300 athletes from around the world will compete in 245 events over 20 days.

£9.58 THE BOLT TICKET
The current world 100m record and the price of every child ticket at the IAAF World Championships.

£12.91 THE JACKSON TICKET
The former 110m hurdles world record set by Colin Jackson at the 1993 world championships and the category D ticket price to watch the session including the 110m hurdles qualifiers.

£18.29 THE EDWARDS TICKET
The world triple jump record set by Jonathan Edwards and the category D price to watch the triple jump and other events on August 7.

£52.74 THE GUNNELL TICKET
The since-surpassed world record of Sally Gunnell in the 400m hurdles and the category C price to see the session which includes the women’s 400m hurdles on August 10. 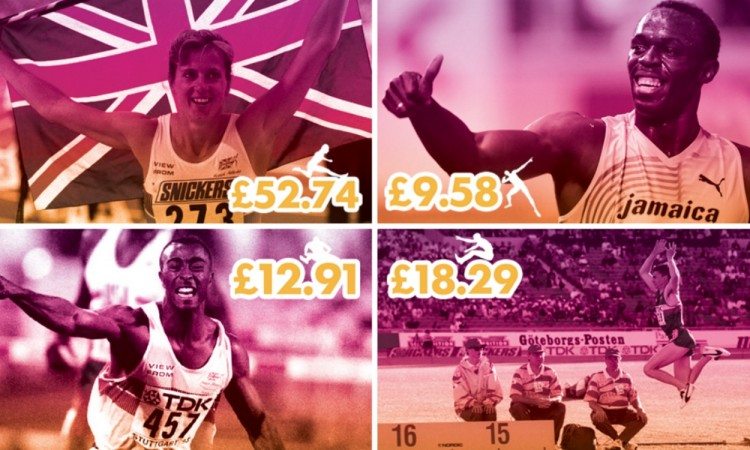 Demand for tickets is high, especially as a limited number of tickets have already gone to athletics club members and other key supporters of the sport in an earlier round of ticketing, so organisers have offered several tips to increase your chances of getting what you want:

1 Don’t just go for the obvious

Some sessions, like the one with the men’s 100m final, are going to be a lot more popular so you are less likely to be successful in the ballot. All the evening sessions contain finals and are set for great action.

The ticket website indicates sessions which are subject to “high”, “medium” and “low” demand. Choosing carefully could mean you stand more chance of getting a ticket.

The website offers a “ballot jumper” option, which gives you two chances of success because it puts you automatically into the ballot for the next category up too.

On the checkout page, you can set an upper limit for the number of sessions you want to “win”. Once you hit that level you will be pulled out of any further ballots.

Look out for regular email updates about which tickets are likely to go to a ballot and you can edit your order if you wish.

London 2012 had “Games Makers”. Next year’s World Championships will feature volunteers called “Runners”. Organisers are looking for up to 4000 helpers to make the event happen.

The volunteers can come from any background and be of any ability, helping out in a variety of roles.

Every Runner will receive an official volunteer uniform to wear during the sessions and be kept after the championships, as well as food vouchers.

Apply now! Enter the ballot for tickets at tickets.london2017athletics.com.