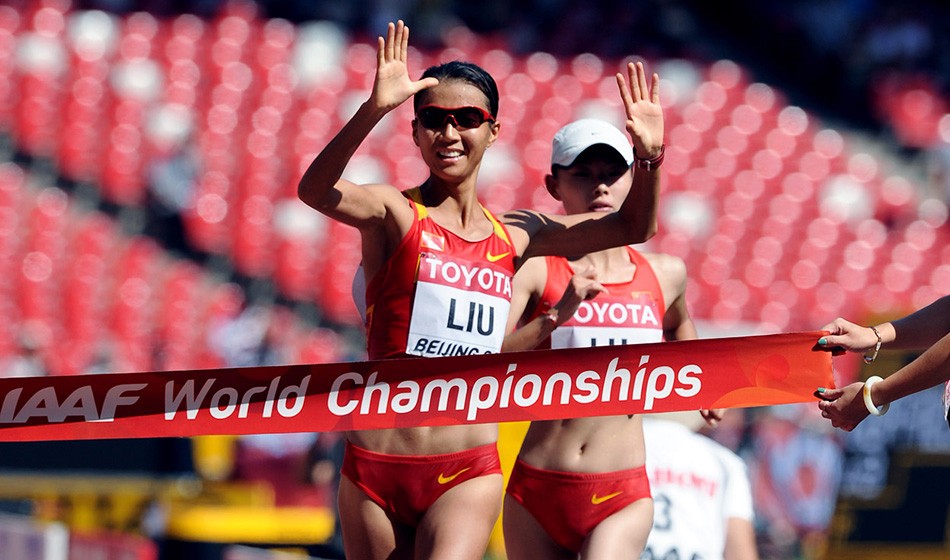 China’s Liu Hong has become the first woman to break the four-hour barrier for 50km race walk with 3:59:15 in Huangshan.

The women’s 50km race walk became an official world record event in 2017 but Liu’s performance comes as the IAAF Council gets ready to rule on controversial race walk distance changes, with the IAAF race walking committee having proposed that the current 20km and 50km racing distances move to 10km and 30km from the 2023 IAAF World Championships.

The committee has also proposed that electronic insole technology be used from 2021.

The rule changes will be discussed by the IAAF Council on Sunday and Monday but an action group has been formed to oppose the ideas.

Read more on the opposition to the controversial changes HERE

The IAAF race walking committee is chaired by 1980 Olympic champion Maurizio Damilano and the global governing body said in a statement last month that the proposals “reflect the reality that the event programme across all major athletics meetings and events will become shorter and more dynamic so innovation is required in race walk to ensure it remains a core discipline in the World Championships and the Olympic Games”.

But on Saturday the Olympic 20km race walk champion Liu further proved the progress being made in the 50km event as she improved on the previous world record of 4:04:36 set by her compatriot Liang Rui at the IAAF World Race Walking Team Championships in Taicang last year.

Li Maocuo was also inside the previous record with 4:03:51 to finish second behind two-time world gold medallist Liu, who was making her debut at the distance, at the Chinese Race Walk Grand Prix.