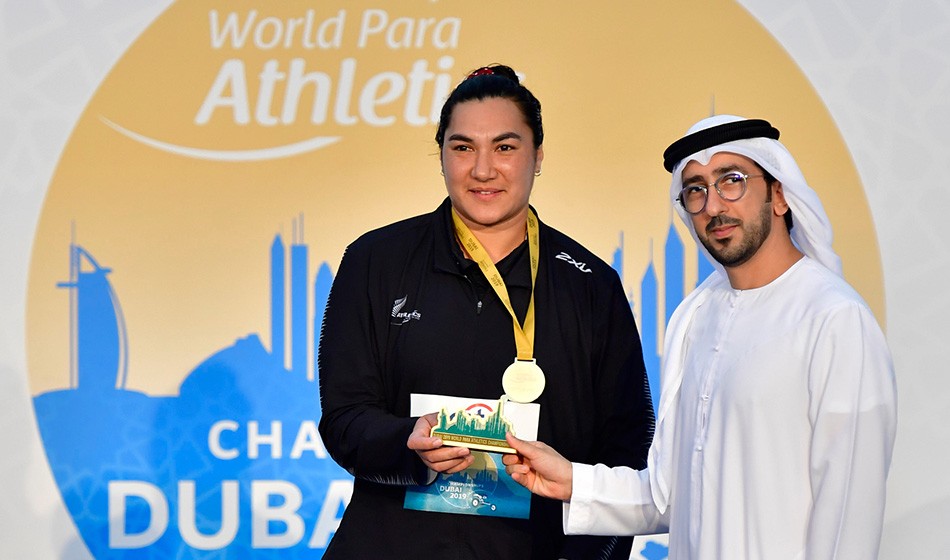 Throwing 14.70m in the first round and then 14.80m from her final attempt on the third day of the World Para Athletics Championships in Dubai, Lisa twice improved her own F37 world record, with a mark of 14.60m in the third round also bettering her previous best of 14.52m set in March.

“I have been training maybe for a year and a half and this is my international debut. I feel relieved and also really happy. There is more confidence after this event,” said Lisa, who is coached by four-time world gold medallist Valerie.

“My sister knows a lot about shot put, we are really good at keeping things professional in the gym. It is a professional relationship of athlete-coach and then she’s my sister.”

Having switched rugby for athletics, Lisa, who has cerebral palsy, added: “It’s quite different. In individual sports, you have to be more disciplined and you have to take everything by yourself. Physically it has been hard as well, but really rewarding.”

She will next compete in the discus on Tuesday.

Lisa Adams only took up athletics a couple of years ago after switching from rugby but now, coached by her sister, two-time Olympic champion Valerie, she is a world @ParaAthletics shot put champion and WR-holder ➡️ https://t.co/CvsQTOtZaa. She spoke with @stuartweir in Dubai ⤵️ pic.twitter.com/ly9THqfrHr

Other winners on the third morning of action in Dubai included Germany’s Irmgard Bensusan in the women’s T64 200m as she broke the championship record with a time of 26.93, plus China’s Zhou Guohua in the women’s T11 long jump (4.92m), Algeria’s Lahouari Bahlaz in the men’s F32 club throw (33.89m) and Apostolos Charitonidis of Greece in the men’s F37 shot put (15.43m).