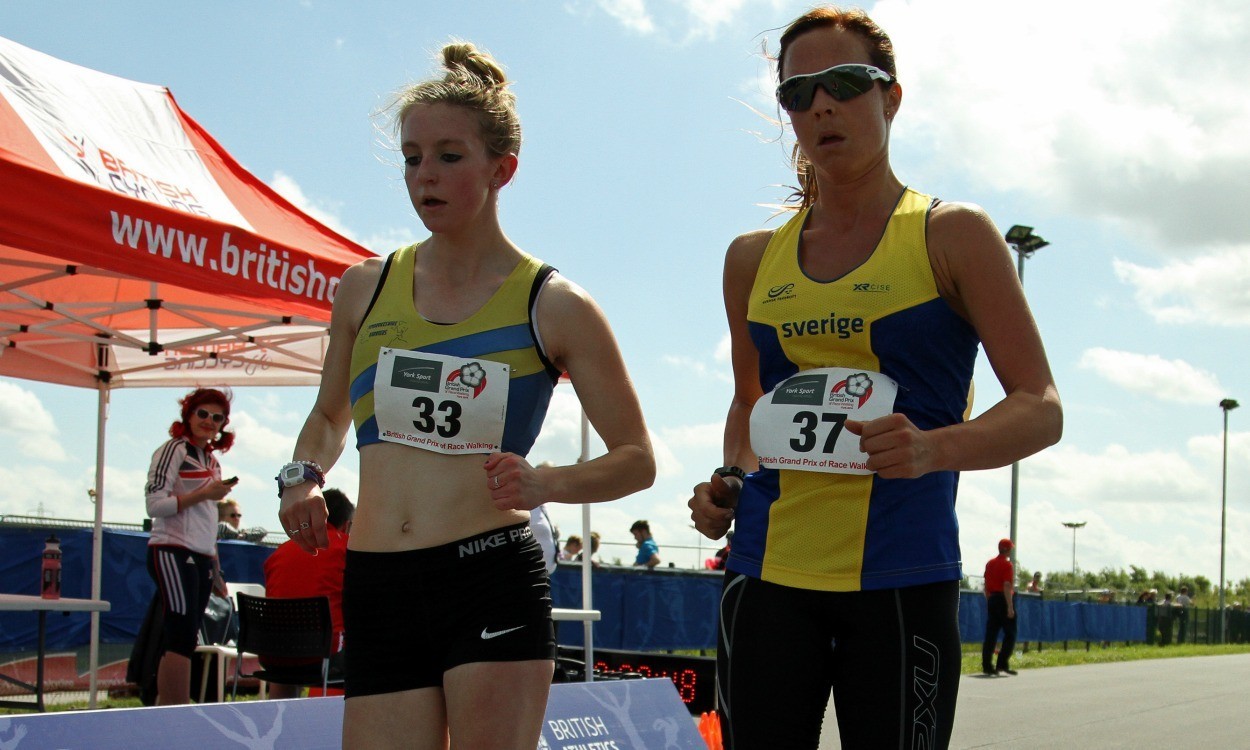 Welsh walker Heather Lewis and Australia’s Dane Bird-Smith were among the winners at the British Grand Prix of Race Walking in York on Sunday.

Lewis (pictured above left) clocked 1:39:58 for the 20km course to break the Welsh record and move to sixth on the UK all-time list and third on the under-23 all-time list, while Bird-Smith managed 84:03 for victory despite having been ill in the run-up to the race.

“I haven’t raced since Lugano in March, but I am happy to set a new personal best and Welsh record today,” commented Lewis, who went through 10km in 48:59, a personal best for the distance, before passing the 15km point in 74:35. She slipped off 1:40:00 pace with 2km to go but made up for it over the last lap in front of a supportive home crowd.

Behind her, New Zealand’s Alana Barber smashed her personal best by nine minutes as she clocked 1:43:46. Having made a brave attempt to meet the British qualifying standard for the European Championships in Zurich, British record-holder Jo Atkinson (nee Jackson) was on pace in the early laps but suffered with a tight back and pulled out of the race just before the halfway point.

In the men’s race, Bird-Smith set the early pace along with Ireland’s Alex Wright and current British No.1 Tom Bosworth who had sights set on securing his spot on the British team for Zurich.

The Australian extended his lead to nearly two minutes at the 15km point as he went through in 62:20 ahead of Wright and Bosworth. Shortly after and Wright was disqualified having received his third red card.

“I have been ill all week, but really enjoyed the atmosphere out on the course,” said Bird-Smith. “It was the illness that was holding me back today.”

Behind them, Bosworth, also suffering with tightness in his back, held on to clock 89:10 for fifth overall and first British athlete to win the British European Championships trials and secure his place on the team.

“I found it hard today on my legs, but I achieved my goal of getting on the team for Zurich,” said Bosworth.

The junior women’s 10km event was won by Emma Achurch with 52:24, while Cameron Corbsihley won the junior men’s race in 47:36.