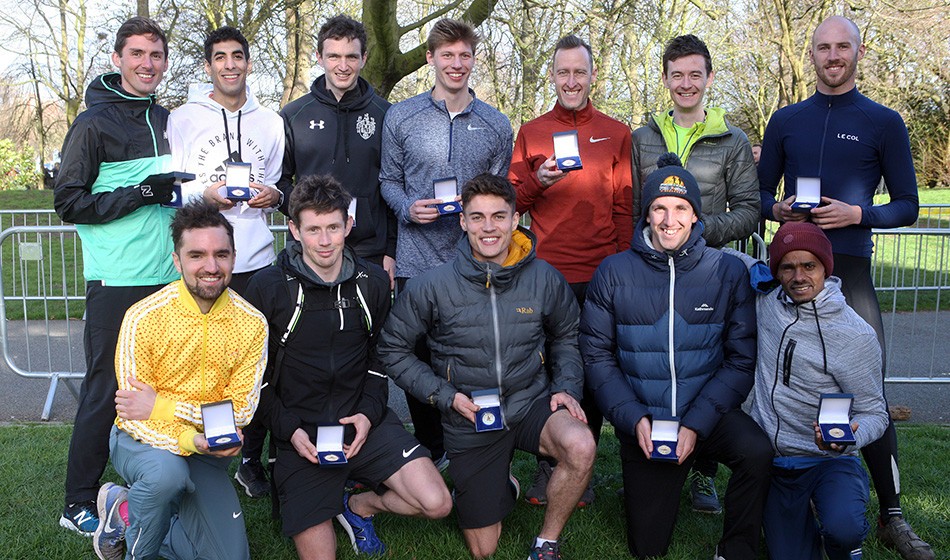 A round-up of North, Midland and South 12 and 6-stage road relay championships action

Leeds City AC put down a marker for next month’s National 12-stage road relays with an emphatic return to winning ways at the North of England Championships, Trevor Baxter reports.

The Yorkshire club, without a Northern men’s success since 2015, stormed to victory at a sunny Birkenhead Park with City of Sheffield & Dearne AC and Salford Harriers a long way adrift.

It was much tighter in the women’s 6-stage race where Nicola Devine overtook Amicia Lee from defending champions Leeds City AC on the final leg to give Rotherham Harriers a second title in three years.

Team manager Nigel Brooks said: “We thought we were in with a chance and we expected it to go down to the last two legs. Fortunately, we had our two ‘sharpens’ at the end.”

“It would have been a walk in the park,” smiled Burrett, at 42 the ‘old’ man of the dynamic dozen. “But we are all very close at the back end of the A team trying to make the Nationals, so I couldn’t show boat it.”

There was a sense of deja-vu in the results as Bristol & West’s men and Birchfield Harriers’ women retained their titles in perfect running conditions at the home of England relay running, Martin Duff reports. 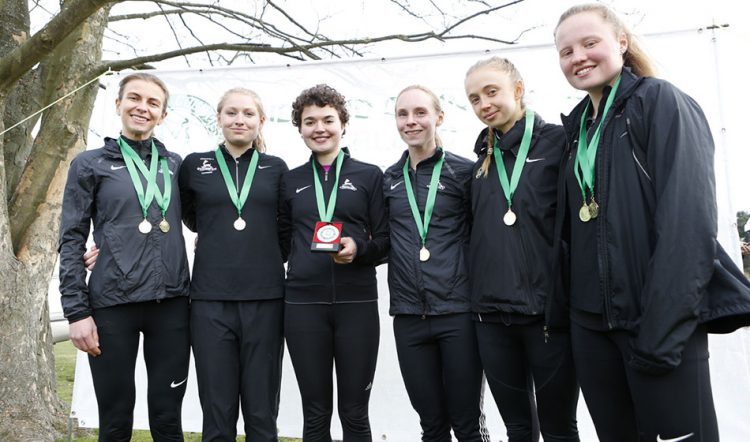 Whilst Birchfield completely dominated the women’s race, Bristol had to overcome a spirited challenge from Notts AC to take the much closer men’s event, for the fourth time in a row.

The women’s race finished first but, after Hayley Carruthers took the opening 5.38-mile stage by fully 2:40, the race was effectively over. Her time was the quickest of the day as second stage runner Bryony Gunn’s 17:31 for the 3.165 short leg was the day’s best there.

Birchfield then compounded the agony for the rest of the 56 teams finishing with the second quickest over both distances en-route to winning by well over 10 minutes.

Bristol took the men’s event despite not having either of the two fastest lap times after only being outside the top two on just one of the 12 stages and only assuming the lead on stage 10. That was a short lap, where the west-country outfit had five of the top eight times.

The fastest 3.165-mile lap went to Birchfield’s Elliot Giles, while Notts AC’s Doug Musson was the outstanding 5.38-mile long stage runner, with a 25:59 clocking the fastest effort in the four years that this distance has been in operation.

In contrast to last year’s wintry weather when heavy snow dropped by the Beast from the East forced the cancellation of these relays, this year the weather was almost summery with only a chill easterly wind cooling temperatures, Tom Pollak reports. 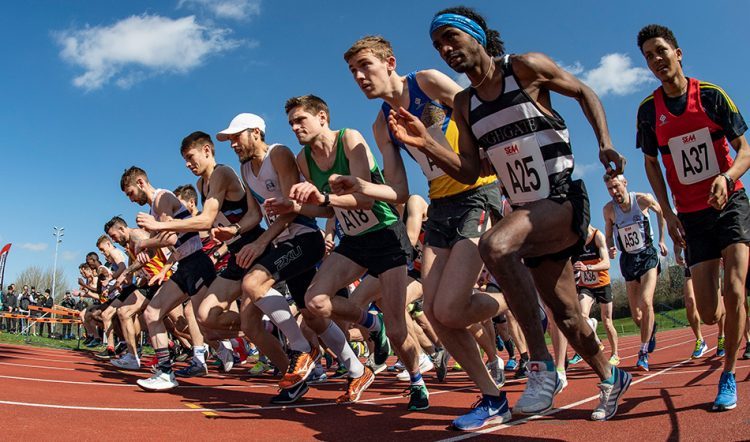 Fitting for the occasions, the men’s 12-stage proved a thriller with the lead changing hands no less than seven times. Blackheath & Bromley, Bedford & County, Guildford & Godalming and Highgate took turns to lead before Joe Morwood took Aldershot, Farnham & District into a decisive lead on the penultimate leg to ensure they repeated the victory they achieved over the same course in 2014, this time in a record time of 3:57:00. It eclipsed their 3:59:26 of 2014.

Apart from the thrilling contest, the standard was extremely high with four teams going inside four hours for the first time.

In contrast, the women’s race proved a relative walkover for Herne Hill who won by two-and-a-half minutes after runners from Windsor and Cambridge & Coleridge led the first two stages before Katie Snowden took them into the lead on stage three with the fastest short lap time of the day, 16:48.

Stacey Ward and Ella Newton kept Herne Hill in front with Fiona de Mauny, the oldest member of the sextet at 36, anchoring them to victory in 2:06:37.

Herne Hill had never before even medalled in this event.

De Mauny had switched to athletics after winning a national rowing title in 2009.