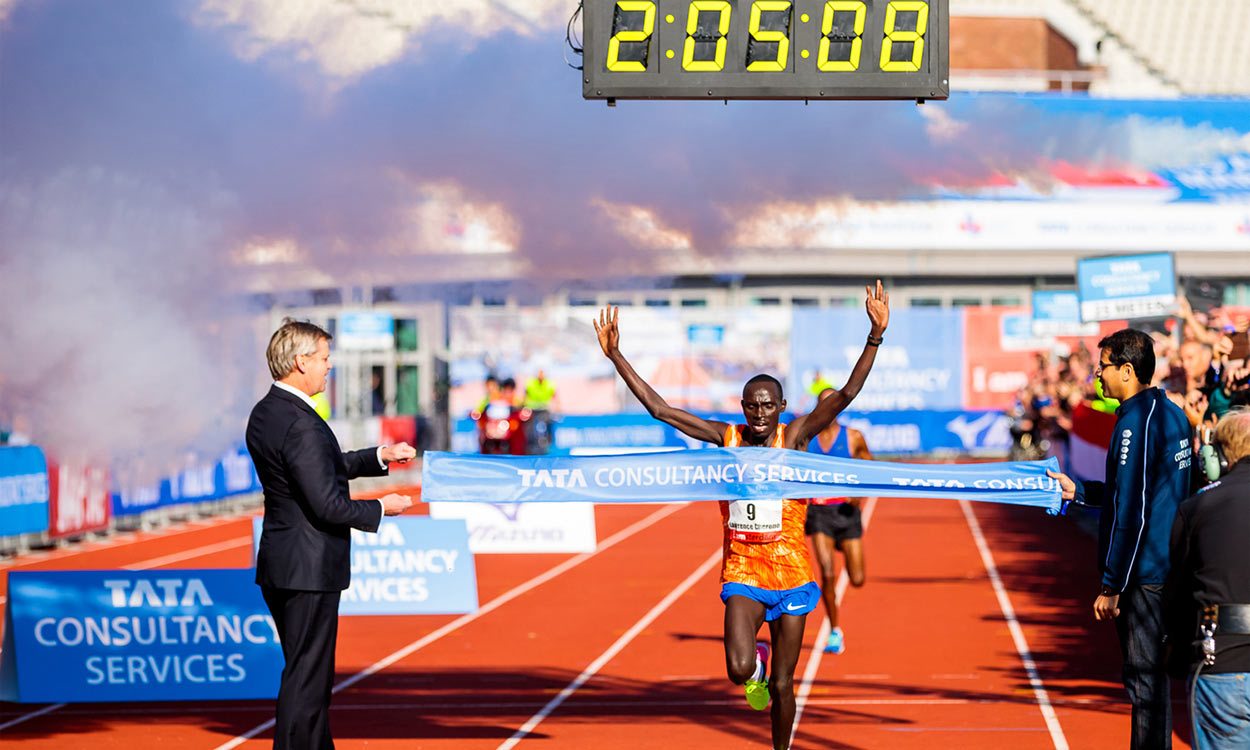 Reports on the British Athletics Cardiff Cross Challenge (here), the Simplyhealth Great Birmingham Run half-marathon and the inaugural Birmingham International Marathon (here) can be found in our online events section, and here are some other recent highlights.

Kenya’s Lawrence Cherono won with a 62:08 second half to record 2:05:09, breaking Daniel Wanjiru’s course record by twelve seconds as the first five runners all went sub-2:06.

New Zealand’s Zane Robertson had been hoping for a time under 2:07 on his marathon debut but he was forced to drop out during the race through injury.

Wales’ Caryl Jones clocked 2:34:16 on her marathon debut, a mark inside the qualifying standard for the Commonwealth Games in Australia.

Luke Traynor claimed victory in 64:10 on his half-marathon debut, while Rebecca Hilland won the women’s race in a 75:40 PB.

The day before, Eilish McColgan finished second in the mile event, clocking 4:46.

It was a Kenyan double as Dorcas Kimeli won the women’s race on her debut at the distance in 54:46 from triathlete Emma Pallant with 54:53.

Under-20 Louisa Whittingham secured victory on the same course that her grandfather, Bill Yale, had won on exactly 60 years before. Andrew Hayes won the men’s race.

Corstorphine won the men’s race in 49:59, 23 seconds ahead of Aberdeen, and they also won the vet men’s section.

Logan Rees was fastest senior with a 12:17 leg.

England masters international Anthony Leach, who is now 53 years old, won the men’s race by a minute in 37:55.

The first woman was Astrid McKeown in 46:21.

National junior champion Ellis Cross, a member of the English bronze medal-winning team at the previous week’s six-stage relay, had a comfortable victory over Southampton’s Alex Teuton as he led Aldershot to a team win.

Thames Hare and Hounds made it a top division double as they won the team race though the individual race was also won by a Belgrave Harrier as Sarah Harris triumphed. A total of 461 women ran in the two divisions which were split for the first ever time.

Kenya’s Sarah Chepchirchir retained her title with a 2:27:57 as Kenya’s Ishhimael Chemtan won the men’s race in 2:10:51.

» Further coverage and results in the October 19 edition of AW