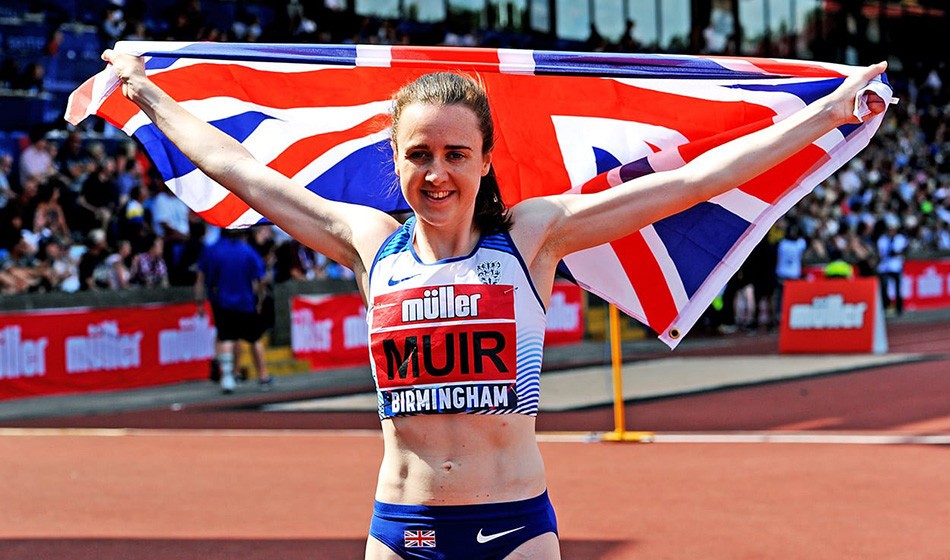 Laura Muir has been confirmed as the first star name to compete at the Müller Grand Prix Birmingham on Sunday August 18.

Taking place at Birmingham’s Alexander Stadium, Muir will return to a city she knows so well to compete in a soon-to-be-decided distance, with the popular Scot hoping for another impressive outing in front of a British crowd.

In the city in which she has won two world indoor medals, a number of British titles and has also broken two British records over 1000m and 1 mile (both indoors), Muir’s presence on the bill for August 18 is the first of many star-name confirmations as the countdown to the event continues with 100 days to go.

Currently training at altitude in St Moritz, Switzerland, ahead of another huge year, Muir is expected to face another tough field of endurance stars in her discipline come August in something of a dress rehearsal ahead of going for global glory at the IAAF World Championships in Doha come October.

“It’s really exciting to be coming back to Birmingham – there is a lot of history for me in the city now and the Alexander Stadium crowd always seem to bring the best out of me,” said Muir, the defending Diamond League 1500m champion.

“With Doha being in September this marks the beginning of the final run into World Championships, so this year Birmingham is playing an even bigger role in my preparations.

“With so many athletes trying to peak for Doha this could mean some of the best athletes and best performances in Birmingham in recent years.

“Personally, for me nothing beats running in front of a home crowd, so I’m looking forward to more great support in Birmingham this August.”

The Müller Grand Prix Birmingham is one of the top outdoor athletics events in the world and forms part of the prestigious IAAF Diamond League series. Taking place just six weeks before the IAAF World Championships in Doha, the meet will see many of the world’s best athletes go head-to-head in the UK’s second city.

Tickets for the Müller Grand Prix Birmingham are on sale here.