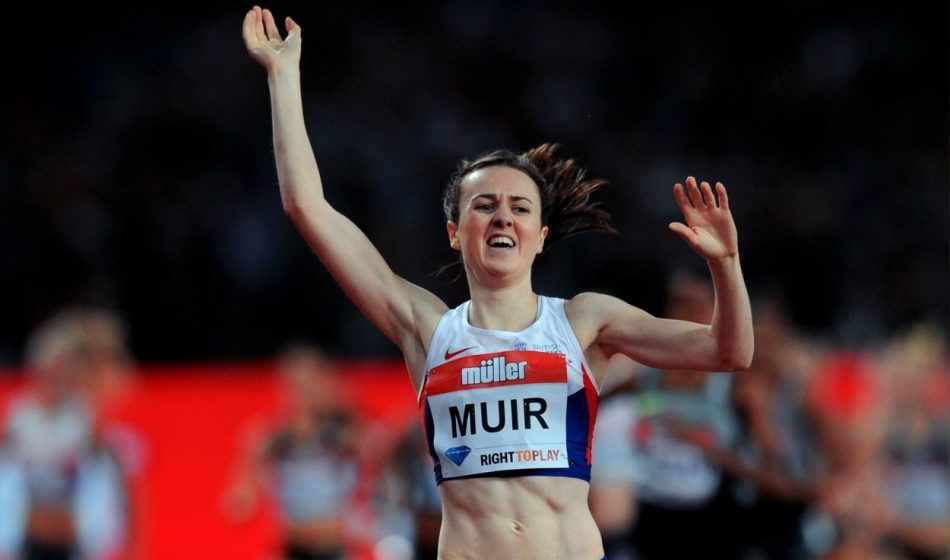 Laura Muir continued her superb record-breaking form in Karlsruhe on Saturday (February 4), smashing the European indoor 3000m record with 8:26.41 to move to fifth on the world all-time list.

The 23-year-old had clocked 14:49.12 to improve the British indoor 5000m record in Glasgow last month and she followed that up by storming to victory at the IAAF World Indoor Tour meet in Germany, beating Olympic 5000m silver medallist Hellen Obiri who improved her own Kenyan record with 8:29.46.

You can watch the last two laps of Muir’s race below.

Another Briton in fine form is Andrew Pozzi and after clocking a world-leading 60m hurdles PB of 7.49 in his heat, the 24-year-old dominated the final, improving that time to 7.44 and he now sits third on the British all-time list. Spain’s Orlando Ortega was second in 7.59, while Pozzi’s fellow Briton David Omoregie was fourth in 7.64 after equalling his PB of 7.63 in the heats.

British 100m and 200m record-holder Dina Asher-Smith ran a world lead-equalling 7.13 in the 60m heats before finishing as runner-up to Jamaican Gayon Evans in the final. Evans clocked 7.14 for the win ahead of Asher-Smith’s 7.15.

Christina Schwanitz claimed victory in the shot put with a throw of 18.41m, while Lisa Ryzih cleared 4.67m to win the pole vault.

In New York, Andrew Butchart dominated the mile, clocking a world-leading 3:54.23 to move to third on the UK indoor all-time list in what was his first ever indoor race over the distance.

Jade Lally threw a world-leading discus mark of 62.10m in Sydney, while Morgan Lake won the high jump in Hustopece after a jump off, having cleared 1.92m.