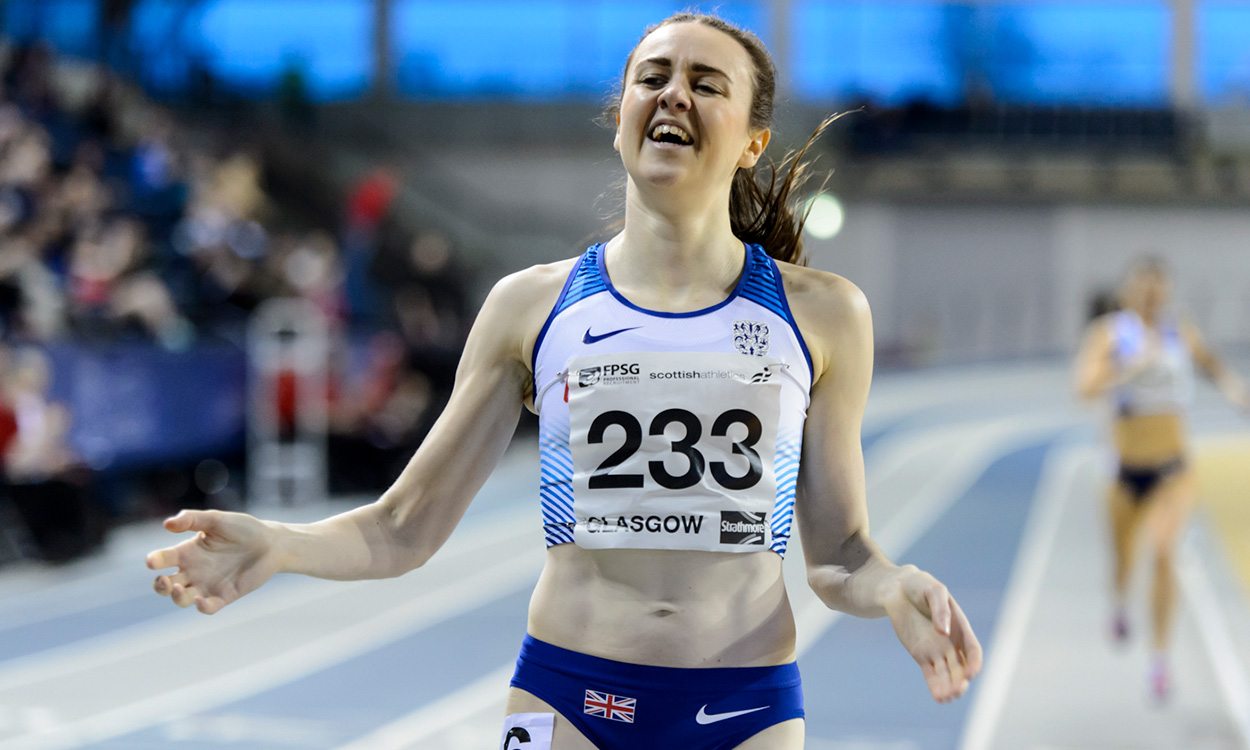 Laura Muir smashed the Scottish indoor 800m record in Glasgow on Sunday, storming to a time of 1:59.69 at the Emirates Arena.

After her 1:59.69 indoor 800m PB today, @lauramuiruns is now the ONLY athlete in history to better all of these barriers indoors:

“I thought that if I could get close to my indoor PB, which was 2:00.57, then I would be really happy,” Muir, who won European indoor 1500m and 3000m titles in Belgrade, told Scottish Athletics.

“But to break two minutes and get the Scottish record back from Lynsey, I am just really happy. Lynsey and I do seem to be trading that record around all the time.

“I am not thinking about the 800m right now for indoors so to be running times like that bodes really well,” added the 24-year-old, who is working towards the IAAF World Indoor Championships in Birmingham in March.

“It is a wee bit of surprise to get that kind of time. Beforehand my legs were feeling a bit tired. I always have a habit of smashing training the week before I race.

Muir’s wasn’t the only Scottish record-breaking performance at the Emirates Arena as Zoey Clark also improved a national mark over a distance which is not her favoured event.

“I am absolutely thrilled with that time,” Clark told Scottish Athletics. “I knew I was in good shape and to break the Scottish indoor record at 200m is very pleasing.

Also in Glasgow, Heather Paton set a native record in the 60m hurdles as she clocked 8.34.