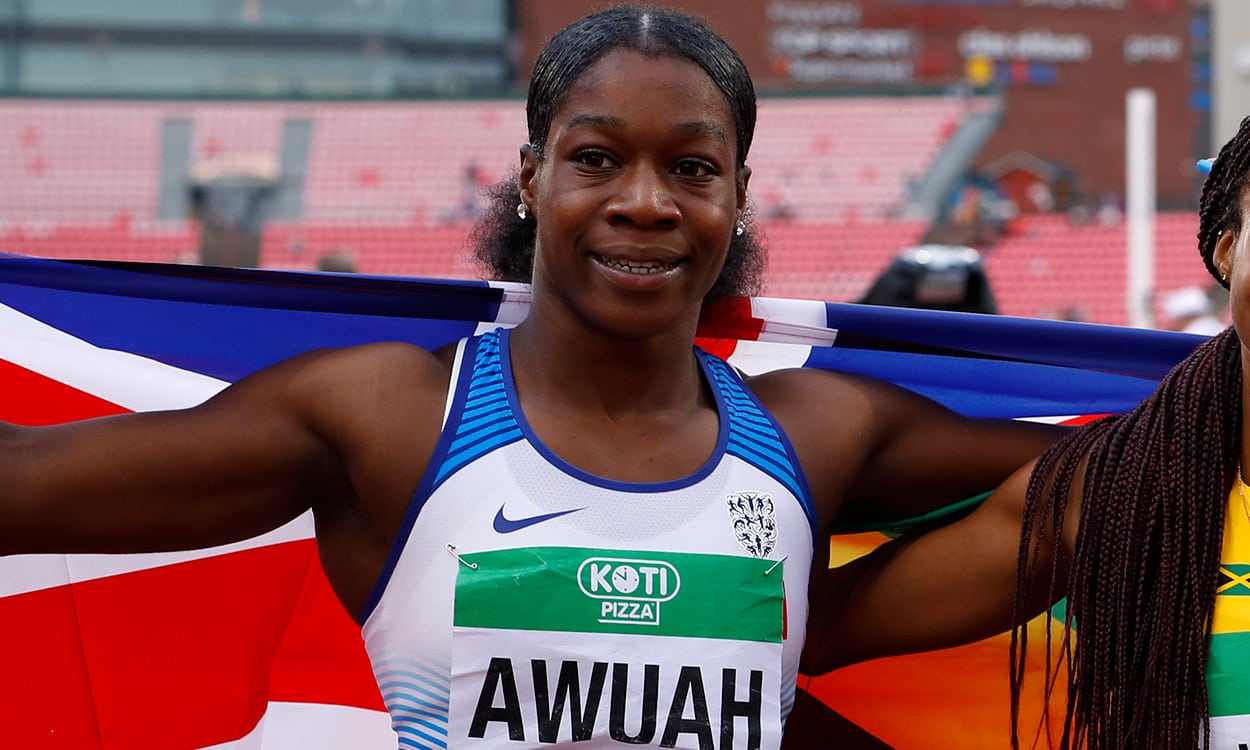 Daily round-up reports from the England Athletics Senior, AAA and UK CAU Championships in Manchester can be found here for day one and here for day two. Other recent highlights include the following:

Double world under-20 bronze medallist Kristal Awuah built on her recent success in Tampere by storming to a 100m PB of 11.20 (0.7) for victory in Schifflange.

The 18-year-old, who claimed 100m and 4x100m medals in Finland, finished top in a field including European indoor 60m champion Asha Philip, who continues her comeback after injury and ran 11.31.

Awuah’s time puts her fourth on the British under-20 all-time list behind only Dina Asher-Smith, Imani-Lara Lansiquot and Jodie Williams and into the top 20 overall on the GB rankings. Her previous best was 11.35 run in the heats in Tampere.

Sub-four-minute-miler Dale King-Clutterbuck retained his men’s title with a strong last lap to see off Lewis Moses and Andrew Heyes to win the £150 cash first prize. The award also went to the women’s winner Hannah Viner, who set a 4:47.38 PB to defeat Rebecca Johnson.

Ken Sutor won the 100-mile event in 22:55:50 while long-time leader Sabrina Verjee was the first female in 23:05:47 and came close to claiming the overall title.

The Guinness World Record for the longest, continuous running relay was broken on Sunday as the I Move London Relay, which took place over 30 days and 30 nights, saw 2000 participants run 5k and 10k legs to complete the 4,014.52 mile course – beating the previous record by 510 miles.

The challenge, which was the brainchild of former triathlete Danny Bent and powered by ASICS, has raised over £50,000 for its charity partners – The Running Charity, Laureus and Sported.

The @GWR for the longest, continuous running relay was broken today as the I Move London Relay, which took place over 30 days and 30 nights, saw 2000 participants run 5k and 10k legs to complete the 4,014.52 mile course – beating the previous record by 510 miles @TheLondonRelay pic.twitter.com/d99jDQqvPa

RECAP OF LAST NIGHT! What an AMAZING turnout for the second annual Liberty Bridge Jump-Off! THANK YOU to all competitors, sponsors & fans for making this a night to remember 💕 so happy to vault a world lead in front of my home town! What a dream! #YeahTHATgreenville pic.twitter.com/OVVtWErkwi

» Further coverage and results in the August 2 edition of AW