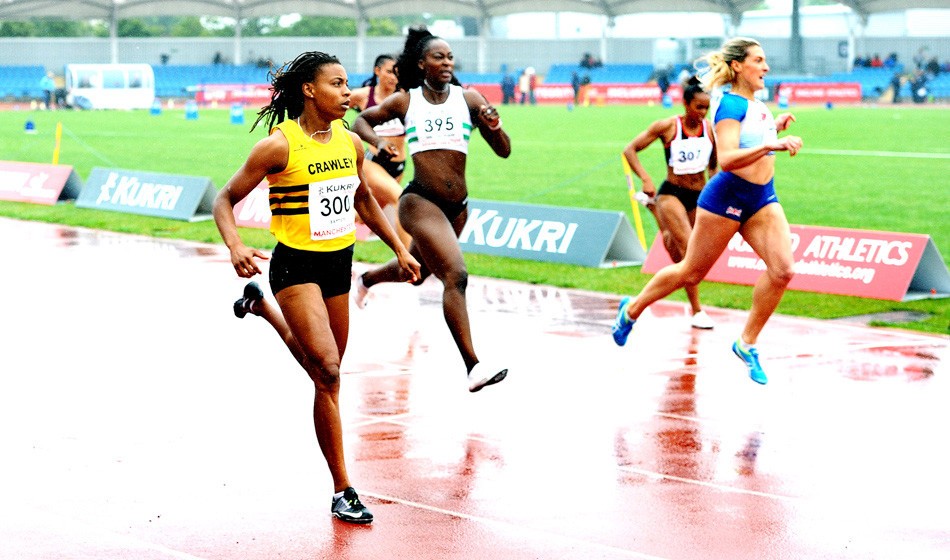 Kimbely Baptiste was a double raining champion splashing through the puddles to record back-to-back sprint doubles at the UK Inter-Counties and England Athletics Senior Championships in Manchester, Trevor Baxter reports.

“I am not used to running in this weather,” smiled the Dubai-based, Crawley AC sprinter after her fourth successive 200m title.

“I only come back for the summer holidays so I am used to all the heat,” added the previous day’s winner of the 100m crown.

“On Thursday when it was really hot, I was like ‘bring it on for the weekend.’ But all we have had is rain, rain, rain.

Despite the inclement Manchester weather, the two-day meeting, also featuring the Disability Championships, produced some notable performances and performers.

Going one better than Baptiste was Scott Lincoln, now a five-time English shot put winner – this time with a throw of 19.56m. 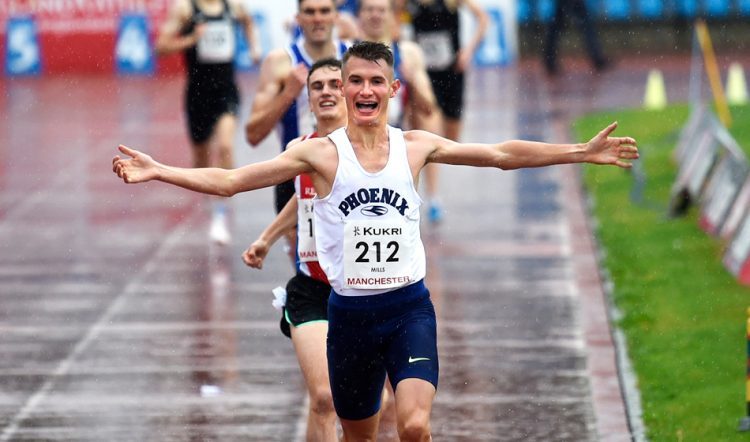 Trafford AC’s Naomi Ogbeta, third on the British all-time rankings, won the triple jump with 13.67m and Craig Murch threw a lifetime best to retain the hammer title with 72.33m, while Mancunians also had to watch a Liverpool win – Yasmin Liverpool in the 400m (53.30).

Jess Mayho improved her hammer PB to 65.18m to win ahead of Rachel Hunter with 64.34m and Sophie McKinna retained her shot put title with a throw of 17.74m, while Abigail Irozuru won the long jump, leaping 6.36m. 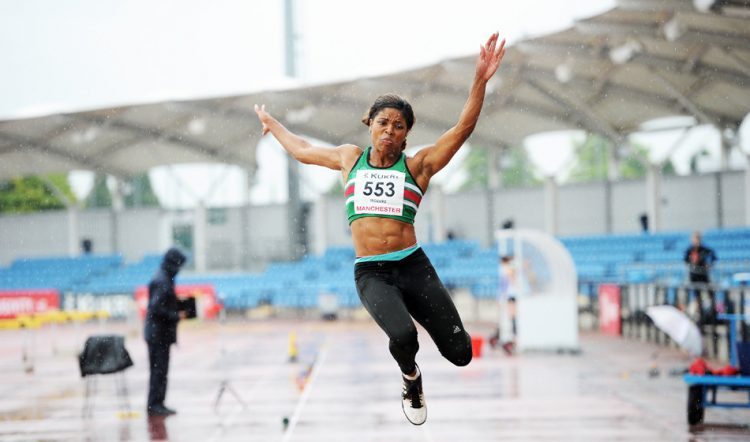 There were tears of disappointment too, notably for Jacqueline Fairchild over 800m. After four silver medals at 800m and 1500m, the Preston Harrier crossed the line in front only to be disqualified for running on a lane line.

To double the agony, club-mate Kirsty Fraser was upgraded to gold.

In the disability events, Eleanor Simpson established a road running 200m world record of 39.62. In the ambulant sprints, Ali Smith took the 100m and 200m titles.

See the August 1 edition of AW magazine for full coverage.