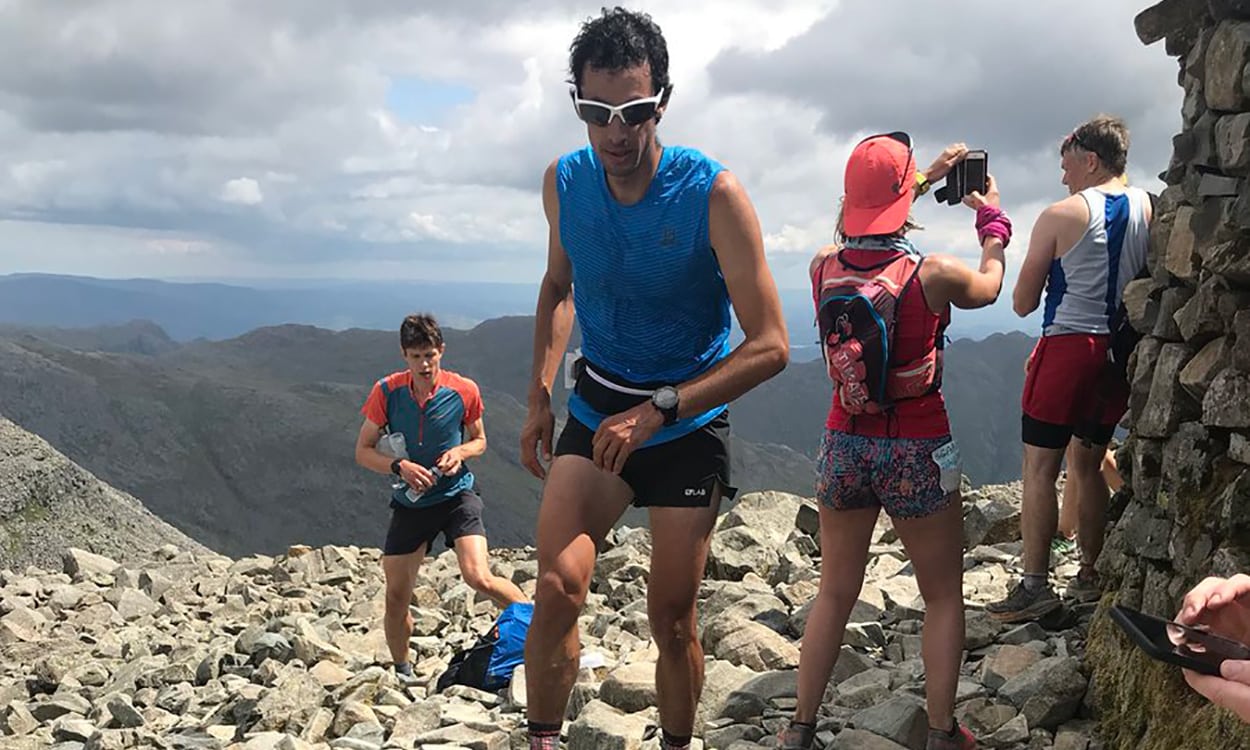 Kilian Jornet has conquered the 66-mile and 42-peak Bob Graham Round in 12 hours and 52 minutes to break Billy Bland’s record from 1982 by more than an hour.

The Lake District circuit, which features 27,000 feet of climb, starts and ends at Keswick’s Moot Hall and Bland, who ran 13:53 36 years ago, was among those to welcome the Catalan trail running star at the finish on Sunday.

“Thanks Billy, I had better conditions than you, the best pacers and your inspiration to give everything! And even like that it was sooo sooo hard!!!” Jornet wrote on Instagram.

“This Bob Graham Round was an amazing experience!”

Thanks Billy, I had better conditions than you, the best pacers and your inspiration to give everything! And even like that it was sooo sooo hard!!! Thanks to Carl, Chris, Rhys, Martin, Josh, Jebby, Steve, Paul, Andrew, Neil, Paul and all the guys who has been helping out, without you guys it wouldn’t been possible ! Big big thanks to Martin for making it real and such an organization last minute, thanks Shane, Thanks Jordi and thanks all the people cheering on the route. This Bob Graham Round was an amazing experience! 📸 @racingsnakes and @mrtimharper

Bland also greeted Jornet mid-route at Dunmail where he shook his hand.

What makes Jornet’s achievement in very warm conditions all the more impressive is that the 30-year-old broke his fibula in March and had marked his comeback by winning last weekend’s Marathon du Mont-Blanc in 3:54:54.

“It has been hard, but very exciting,” Jornet said. “I’ve had the Bob Graham Round in mind for a while and finally I had the chance give it a try and I’ve realised how amazing the time was that Billy did thirty years ago.

“It has been a beautiful day out in the mountains together with all the runners who came and helped pace me. I would also like to thank Billy who came to cheer me on, and everyone in Keswick. You can really feel the love for fell running, and I couldn’t be happier to have completed this round!”

Named after its creator in 1932, the Bob Graham Round sees runners attempt to complete the circuit of 42 of the highest peaks in the English Lake District within 24 hours. Around 2000 people have so far achieved the feat.

» Kilian Jornet was the cover star of the trail running special edition of Running Monthly last October and that issue can be read online here. More from an interview with Jornet on the rise of trail running is here