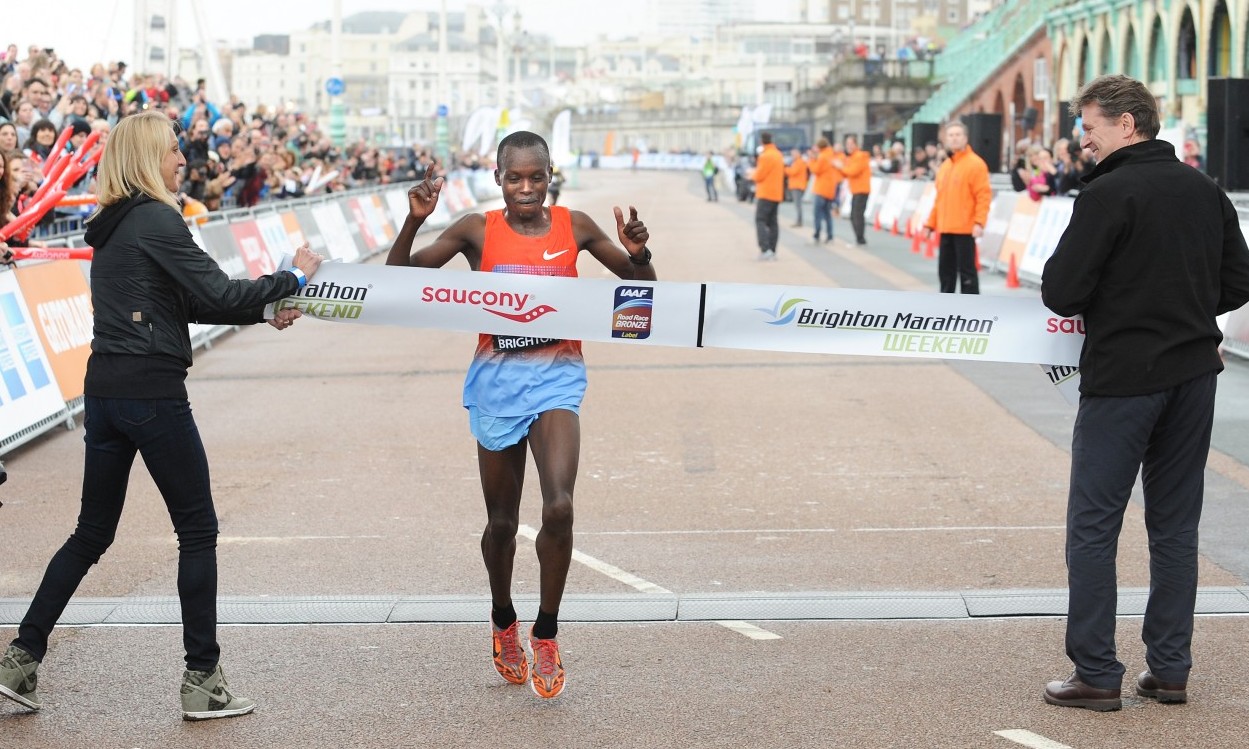 Kenyan double in the Brighton Marathon, while Andi Jones and Emily Wicks win in the ASICS Greater Manchester Marathon

Chebor crossed the finish line on the sea front ahead of nearly 9000 runners, taking more than a minute off the course record with an unofficial 2:09:25. Milgo made it a Kenyan double by running a personal best 2:35:33.

Meanwhile, in the other big marathon in Britain this weekend, Andi Jones and Emily Wicks took the victories at the ASICS Greater Manchester Marathon.

After finishing second in the previous two editions since the race was relaunched, Jones clocked an England Commonwealth qualifying time of 2:17:00.  He finished 54 seconds ahead of Welshman Andy Davies, whose PB time was also a qualifying mark for Glasgow 2014. Dave Norman, the winner in 2012 and 2013, was fourth in 2:19:07.

Wicks clocked 2:38:27, which was a PB, although it was outside the Commonwealth standard.