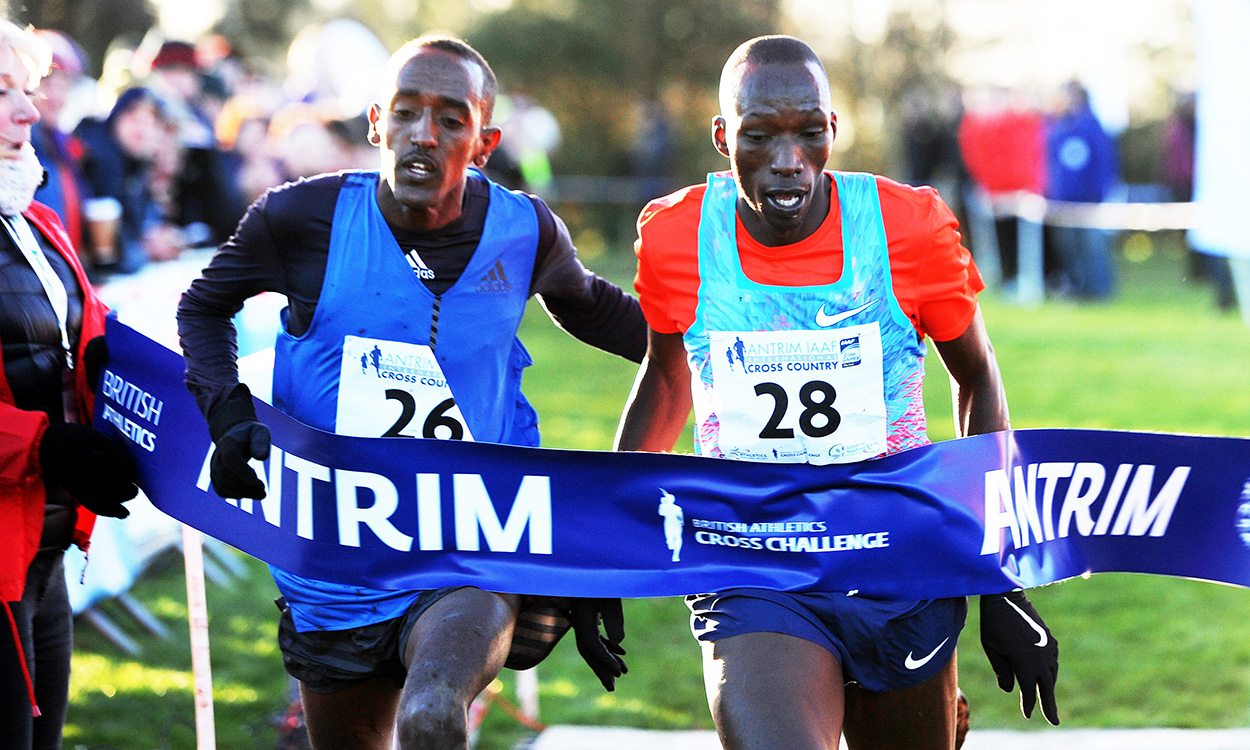 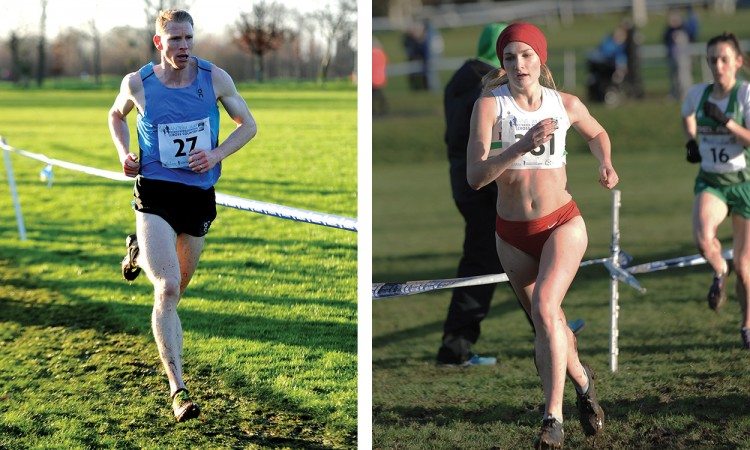 The women’s 5400m race was also a closely contested affair. Ireland’s two-time European champion Fionnuala McCormack headed the early lead pack before Ethiopian Fotyen Tesfay then led. But it was Kipkemboi (pictured below, 18) who came through, holding off the fast-finishing Tesfay (pictured below, 11) to win in 19:55.

Wales’ Jenny Nesbitt was eighth and Fionnuala Ross was the leading Northern Ireland athlete in ninth. 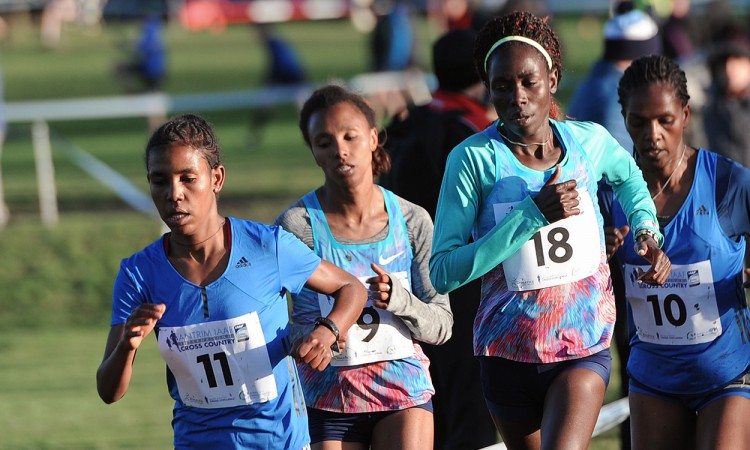 In the preceding age category race programme, Jamie Battle (Ireland) and Eloise Walker (Scotland) won the under-20 races, while in the under-17 category it was Rory Leonard (Morpeth Harriers & AC) and Cera Gemmell (Scotland) who led the way.

In the under-15 event, Angus Williams (Chiltern Harriers AC) won the boys race, with Sian Heslop (Macclesfield Harriers) taking the win in the girls race. The under-13 races kicked off proceedings and it was Frank Morgan (Carmarthern AC) and Valencia Wright (Victoria Park City of Glasgow) who won.

» See the January 11 issue of AW for in-depth reports, photos and results from the Antrim International