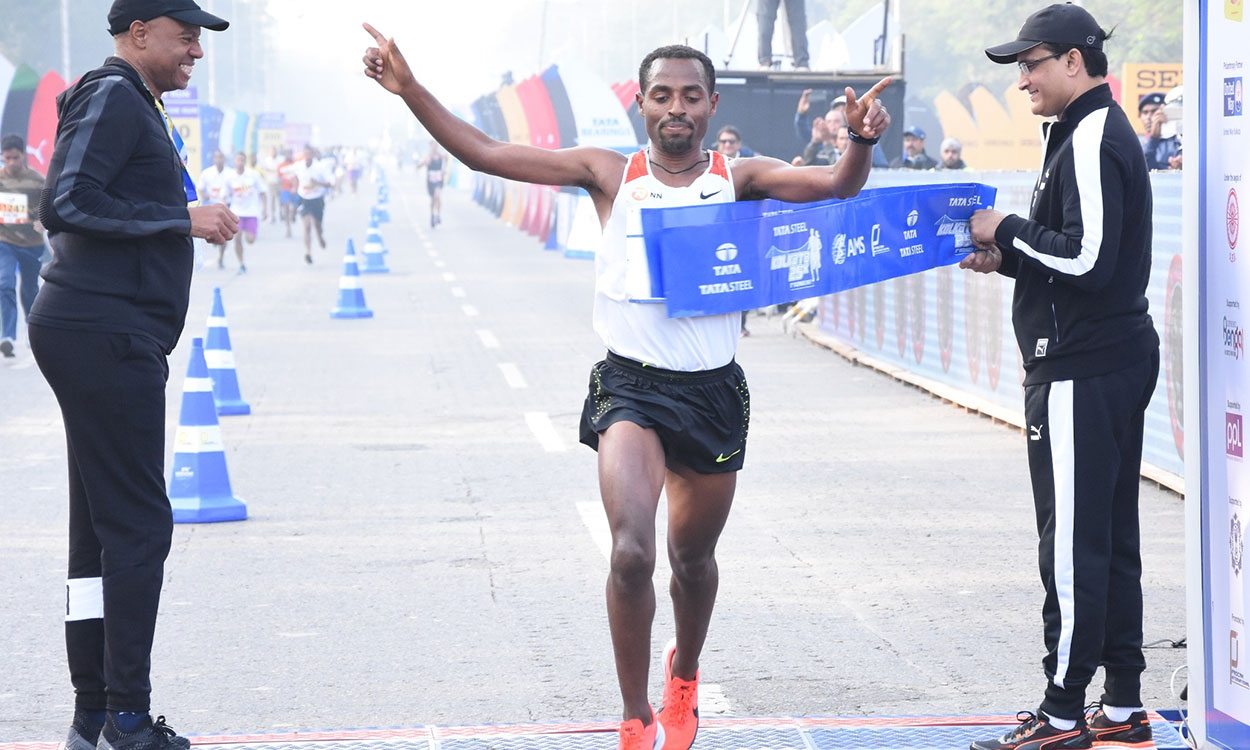 Recent highlights include a course record win by Bekele in India, a strong sprint by Sally Pearson and a fine third by Nick Goolab at the Venta De Banos cross country

Eritrea’s Tsegay Tuemay was second in 74:21.

John Gilbert regained the title that he last won in 2015 with a front-running victory over a quality field.

Tonbridge’s George Duggan made it a Kent one-two, though host club Aldershot won the team event.

Martin Duff’s report will appear in this week’s AW magazine.

The 100m hurdles world champion Sally Pearson showed good sprint speed to win the 100m in a near PB 11.17.

World under-18 and under-20 track champion Selemon Barega from Ethiopia won the senior men’s 10.575 km in a sprint finish from world under-20 cross country champion Jacob Kiplimo from Uganda. Both athletes were timed at 31:09.

Racing for England, Nick Goolab was a fine third, one place ahead of Spain’s European 5000m champion Ilias Fifa.

Alex Tovey retained his Berkshire title and as the previous winter’s race was held in January, he gained a rare double win in the same year.

Naomi Mitchell, who ran her first sub-2:50 marathon in Berlin this year, was equally dominant in the women’s race and won by a minute in 25:05 from Charlotte Firth (26:13). She had only been fifth in January.

Aldershot’s Will Barnicott and Blackheath and Bromley’s Morgan Squibb won the under-15 races.

Former ESAA 3000m champion Jessica Keene was fastest woman with 31:50 as her father Mick was first home in the handicap.

Charlie Davis was fastest man with a time of 26:55.

Oliver Bright, who was third in the Schools International cross-country, was the fastest under-15 and third best overall with 28:04.

» Further coverage and results in the December 21 edition of AW