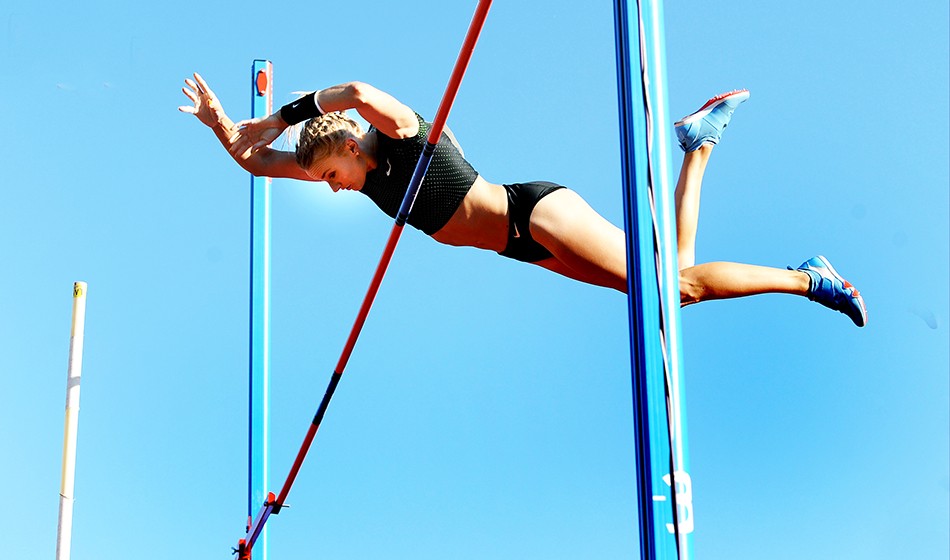 Highlights from recent athletics action across the world

It was a busier weekend for athletics action as competition continues to make a comeback across the globe.

Some of the top performances from events around the world can be found below, while our round-up of action across the British Isles can be found here.

The USA’s Katie Nageotte cleared a world-leading PB of 4.92m in the pole vault to move to sixth on the world all-time list.

“4.92! #3 all time US and #6 highest height ever and had some really great attempts at the American record,” she wrote on Instagram.

4.92 (16’1)!!!!!!! #3 all time US and #6 highest height ever and had some really great attempts at the American Record (darn you @sandicheekspv for setting it so high 😜😘). Just thanking God for keeping me healthy and motivated this crazy 2020 year. And Brad. Thank you, thank you Brad 🤗 @nike @americantrackleague @klocke1_

Nageotte later confirmed that Saturday’s event would mark the end of her season.

“And with yesterday’s meet, I’m calling it a season,” she added on Instagram. “This year has been weird to put it VERY lightly. A few years ago if I had had to train with no meets, I couldn’t have done it.

“I’m happy to have a long rest season before an Olympic preseason!”

Germany’s Johannes Vetter threw 86.94m to win the javelin ahead of Sweden’s Kim Amb with 85.68m, while world champion Daniel Stahl beat his training partner Simon Pettersson in the discus, 68.48m to 66.11m.

Chase Ealey won the shot put with a world-leading 19.41m.

Elina Tzengko broke the world under-20 javelin record at the age of just 17, throwing 63.96m to improve on the previous record of 63.86m set by Cuba’s Yulenmis Aguilar in 2015.

European under-20 triple jump champion Spiridoula Karidi won both the triple jump with 13.67m and long jump with a national under-20 record of 6.71m.

A Bowerman Track Club quartet of Colleen Quigley, Elise Cranny, Karissa Schweizer and Shelby Houlihan combined to clock 16:27.02 which improves on the world 4x1500m record of 16:33.58 set by Kenya at the 2014 World Relays.

According to World Athletics, it is not yet known whether the necessary measures were in place for the time to be ratified as a world record.

In the men’s event, Evan Jager teamed up with Grant Fisher, Sean McGorty and Lopez Lomong to clock 14:34.97 and break the North American record.

The USA’s Shannon Rowbury claimed a dominant win in the women’s race with 4:03.62.

“It was a very difficult period for me due to Covid-19 and an injury but finally I am back,” said Mayr.

“When I heard Malonno would be held anyway, I was so happy to return to this unbelievable place. It is always exciting to compete here with all the local supporters cheering you along the course.”

Itlay’s Erica Ghelfi was second in the women’s race in 41:22, while Mojca Koligar of Slovenia was third in 42:54.

The men’s race was closer and Davide Magnini of Italy was runner-up in 35:01, with Ireland’s Zak Hanna third in 35:14.

Proud of that one-3rd in the PizTri Vertikal (3.4km, 1000m) earlier after putting myself in the mix from the start, ran without limits and it paid off ⚒️
The Italians really do know how to appreciate mountain running 👌@SalomonSports @NewcastleAC @AthleticsNI @irishathletics pic.twitter.com/JpemCIA1O3

With thanks to Alberto Stretti for info.

One day after the PizTriVertikal, and with some runners contesting both events, the 21km mountain race saw a dramatic sprint finish to the men’s event, with Italy’s Francesco Puppi winning ahead of France’s Sylvain Cachard, 1:26.27 to 1:26.41.

5th in today's Fletta Trail 21km mountain race after yesterday's VK, another stacked field over a class course has made it a great weekend in the home of mountain running and I can't wait to come back next year 👌 #flettatrail pic.twitter.com/A7o8YT7Hjv

With thanks to Alberto Stretti for info.

Vitaly Zhuk scored a world-leading 8202 points to win the decathlon ahead of Maksim Andraloits with a PB of 8100 points.