Katarina Johnson-Thompson leads after day one in Götzis 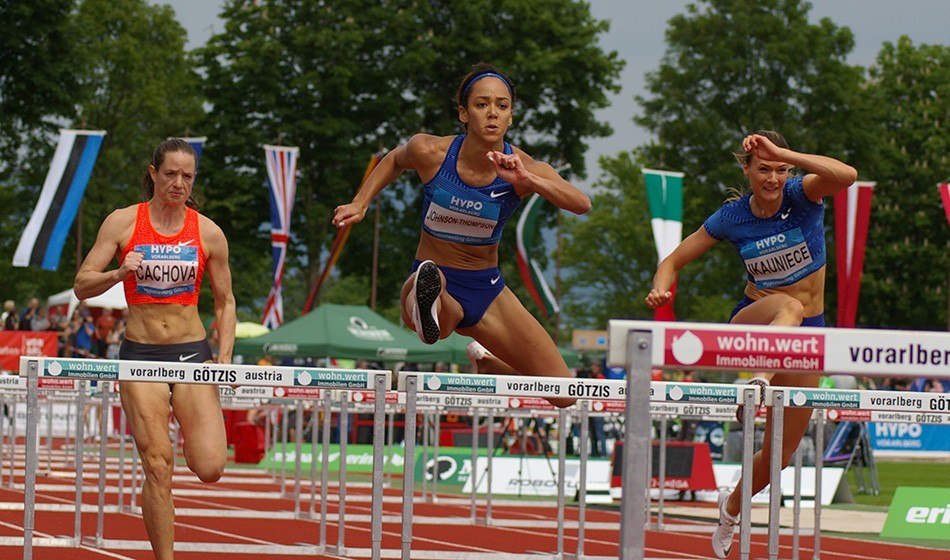 Katarina Johnson-Thompson leads the Hypomeeting heptathlon by an impressive 177 points following a strong first day of competition in Götzis.

The Commonwealth champion’s 4034-point tally after the first four events is her second best ever day-one score, behind the 4059 points she achieved on the first day in Götzis in 2017 when she went on to score 6691.

The Briton leads ahead of Americans Kendell Williams (3857 points) and Erica Bougard (3809 points).

Johnson-Thompson had opened with a PB-equalling performance as she clocked 13.29 in the 100m hurdles to match her best run from Götzis two years ago.

She went on to clear 1.95m in the high jump which, like her hurdles mark, matches her best Götzis performance, also recorded in 2017. Just three centimetres off her PB and British record set in Rio, the mark was 12 centimetres higher than any of her rivals could manage and put her into the overall lead.

Behind the top three, Germany’s world silver medallist Carolin Schäfer sits in fourth place with 3765 points, with Hungary’s Xénia Krizsán in fifth with 3741 and Netherlands’ Nadine Broersen in sixth with 3723.

Niamh Emerson claimed European indoor pentathlon silver behind her GB team-mate Johnson-Thompson in Glasgow but will be unable to try to build on that in Götzis after being forced to withdraw from the competition after two events.

After clocking 13.85 in the 100m hurdles, she cleared 1.83m to sit in sixth after two events but could not continue after aggravating a knee injury.

In the decathlon, Canada’s Damian Warner got his bid to win a fifth title in Götzis off to a record-breaking start as he ran a world decathlon 100m best of 10.12 (+0.9m/sec).

The Olympic and world medallist’s 4596 day-one tally is 31 points better than he achieved last year en route to setting his Canadian record of 8795.

Speaking trackside after his 100m, Warner said: “I never expected to run that fast, but I’ll certainly take it!” 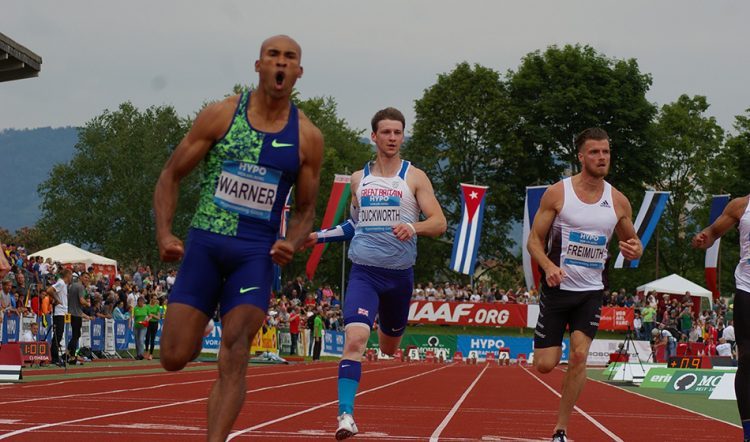 Another impressive day one performance came from Australia’s world under-20 decathlon champion Ashley Moloney, with the 19-year-old ending day one in second place with a score of 4436 points.

Germany’s Kai Kazmirek and Grenada’s Lindon Victor sit in joint third with 4385 points, while Germany’s Manuel Eitel is in fifth with 4342.

The European Championships fifth-placer set his PB of 8336 points when claiming the NCAA title last year, with that mark putting him third behind Daley Thompson and Dean Macey on the British all-time decathlon list.