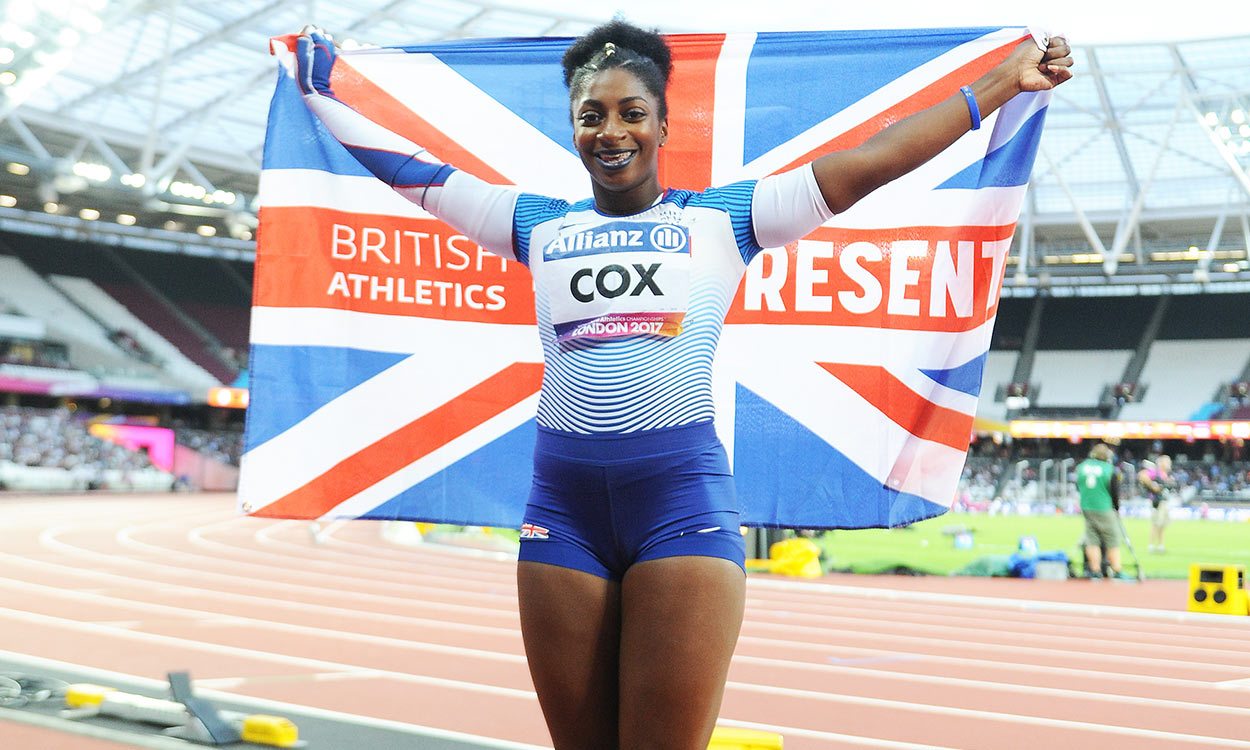 Britain’s Kadeena Cox stormed a step closer to her target of three medals, one of them gold, at the World Para Athletics Championships in London on Friday evening.

After her wins in two different sports at last summer’s Paralympics in Rio, the 26-year-old was determined to add world T38 400m gold to her Paralympic title and she did so in style.

Dominating the race, Cox crossed the finish line over five seconds clear and came close to the championship record.

“I just kept running because I knew there was no going back after that.

“It wasn’t a world record, which I would have liked to have done, but I’ve not had the training really to do that, so I have to be pleased.”

Cox, who has multiple sclerosis, became the first British athlete since 1984 to gain golds in two different sports at a single Paralympics when she won her athletics title in a world record after success in the cycling C4-5 500m time trial in Rio. She also claimed 100m bronze and T35-38 4x100m silver in Brazil and next contests the 100m in London on Saturday.

“If I can keep this type of energy through to tomorrow then I’ll be all right,” added the Sale Harriers sprinter, who claimed 200m bronze last Saturday. “My aim is to win another medal – I wanted to win three medals coming in so we just need to tick off the third now.”

Walid Ktila impressed with yet another gold in the UK capital as the Tunisian wheelchair racer won the T34 200m in a championship record 27.14 to go with his success over 100m, 400m and 800m. Record-breaking continued in the men’s T13 400m as Moroccan visually-impaired sprinter Mohamed Amguoun retained his title, improving his own world record to 46.92.

There was another dominant win by Australia’s James Turner as he added gold in the T36 400m to his 200m title claimed earlier in the week following his two world records in the half-lap event. This time he ran an area record 54.27 ahead of Poland’s Krzysztof Ciuksza with 55.19 as Britain’s Paralympic champion Paul Blake had a strong start and finished fourth, clocking 55.79.

After an anxious wait, Australia’s Evan O’Hanlon was confirmed as the T38 100m winner, clocking 11.07 (-1.6) for a time matched by China’s Jianwen Hu for silver. After his victory in the same London Stadium in 2012, the Australian was delighted to be back on top after his silver in Rio.

Bar her foul in the third round, Ukraine’s defending champion Oksana Zubkovska improved with every jump and saving her best leap until last the visually-impaired athlete won T12 long jump gold with 6.02m from Spain’s Sara Martinez with 5.53m. Also adding to Ukraine’s gold medal-winning haul was Mariia Pomaza in the F35 shot put as she threw 12.63m for victory and Orysia Ilchyna in the F12 discus with a best of 38.78m.

There was a dramatic end to the men’s T11 200m as France’s Timothée Adolphe was initially announced as the winner in an area record time, but he was later disqualified as his guide runner crossed the finish line first. As a result, China’s Zetan Fan got the gold in 23.28 ahead of USA’s world record-holder David Brown, who clocked 23.35 after falling as he reached the finish line.

The result was a further disappointment for Adolphe as the Frenchman was also disqualified after falling while in the lead just before the finish in the 400m final.

The men’s T54 800m was re-run following the crash which led to the disqualification of Britain’s Richard Chiassaro earlier in the week and, as in the first final, the race was won by Switzerland’s Marcel Hug. The Rio Paralympic marathon champion clocked 1:38.40 ahead of China’s Liu Yang with 1:38.69.

After her javelin and shot put wins, Latvia’s Diana Dadzite also claimed the F55 discus title with a PB throw of 23.18m, while the F44 gold was won by Germany’s Frederike Koleiski with a throw of 11.53m. Alireza Mokhtari Hemami of Iran secured success in the F53 shot put, throwing an area record 8.35m. After a championship record-breaking leap of 6.58m, the men’s T37 long jump title was won by China’s world record-holder Shang Guangxu.

Britain’s Steve Morris won the second T20 800m heat for athletes with an intellectual impairment in 2:00.35 and will be joined in the final by his team-mate James Hamilton, who placed third in heat one in a PB of 1:59.40 behind USA’s winner Michael Brannigan with 1:57.99.

USA’s Jarryd Wallace, Mike Seitis of Greece and South Africa’s Arnu Fourie were among those to advance to the T44 200m final.