Juliet Potter and Richard Horton among winners at Margam Park 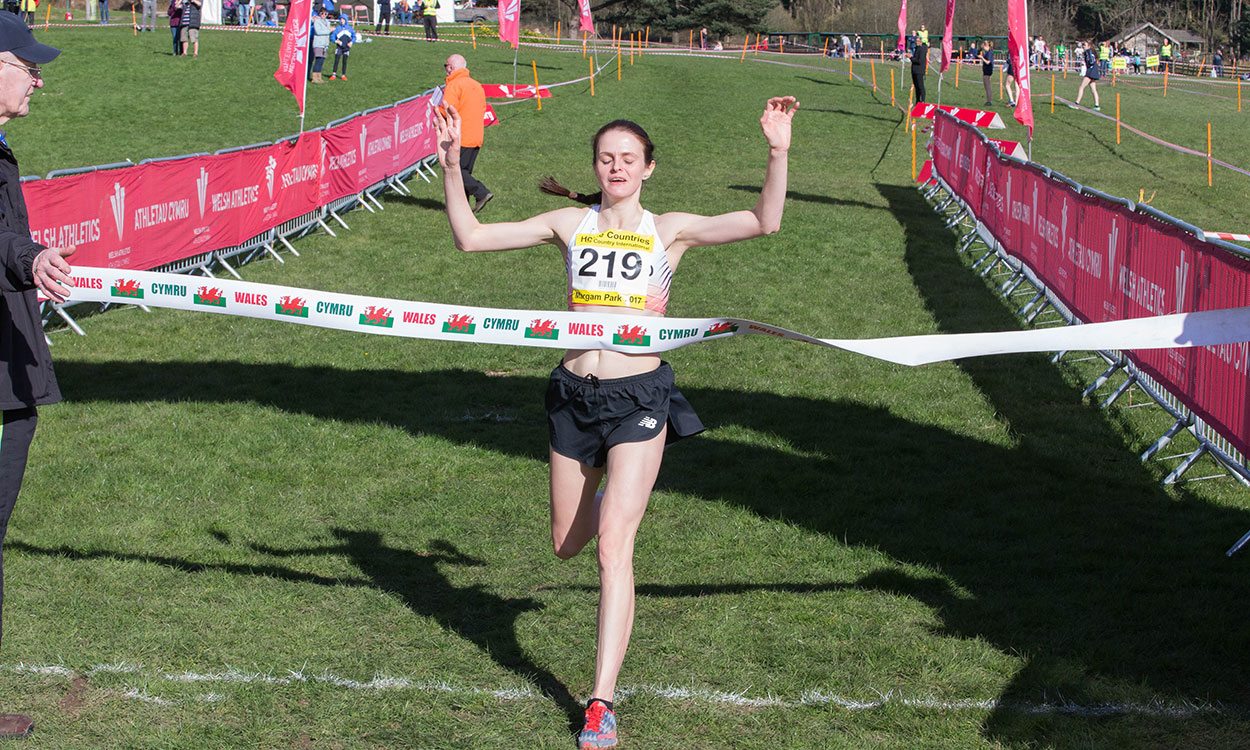 Favourable weather conditions and a relatively firm course made for competitive racing at the 850 acre estate near Port Talbot in South Wales.

The stunning castle offered a scenic backdrop to the four SIAB races and to the under-20 and senior Home Countries International races.

The programme began with the SIAB match where England dominated, taking all four team titles and two of the four individual titles.

The first success of the day, however, went to Lily-Jane Evans-Haggerty competing for Scottish Schools in the junior girls’ race.

A little later in the afternoon, Darragh McElhinney of Ireland Schools was a convincing winner in the middle boys’ race.

He spoke following his victory saying: “It’s brilliant to win this title. I knew if I kept my concentration in the first half, I would have them in the second half. It was a big fight, I’m delighted.”

Under-20 titles were claimed by Erin Wallace and Ellis Cross.

England’s Juliet Potter was a runaway winner in the senior women’s contest. She commented after her race saying: “I was really delighted to win, I wanted to attack it from the start. My sister (Jane) came second so I’m really pleased for her as well.”

Richard Horton ran away from Scotland’s Murray Strain in the closing stages of the senior men’s event to take individual gold on his England debut and lead his team to the win ahead of Scotland by just one point.